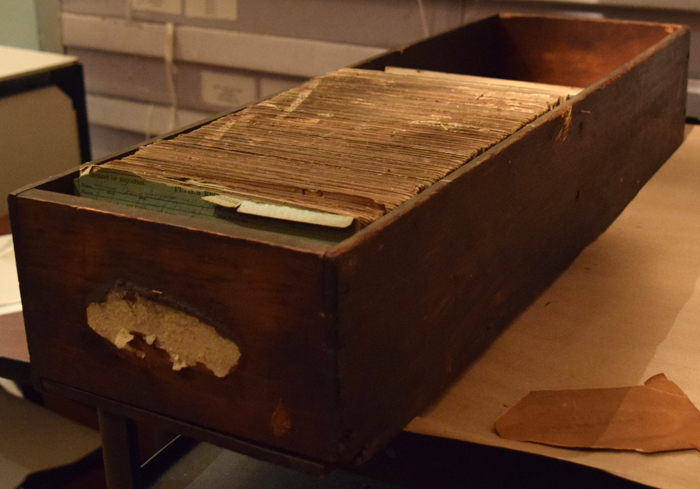 If you would like to make a contribution towards the repair of this object, please click to navigate to MOCA’s Sponsor an Object Donate Page and be sure to type in “PS 23 Drawer of Student Records” as the Object Name. 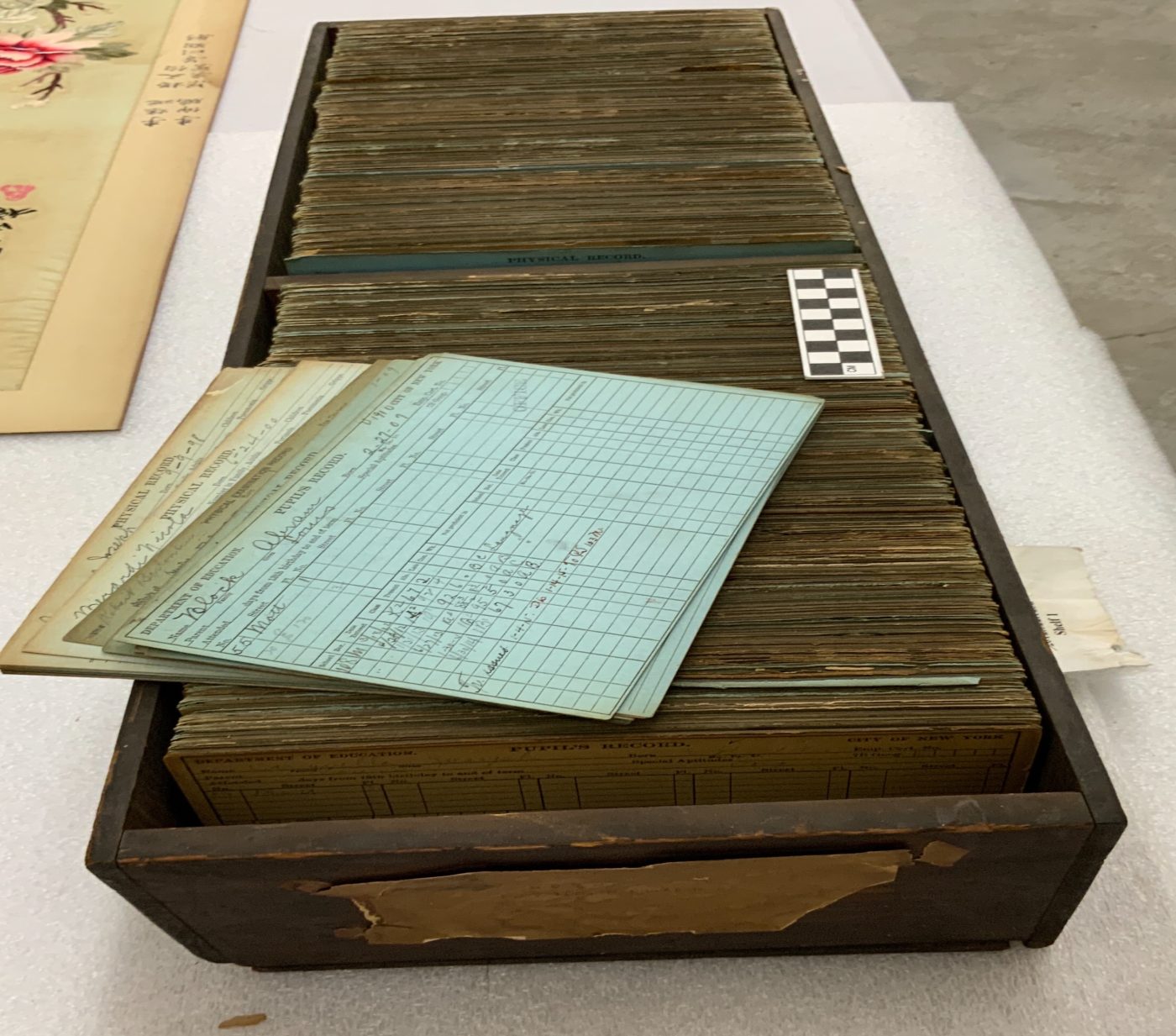 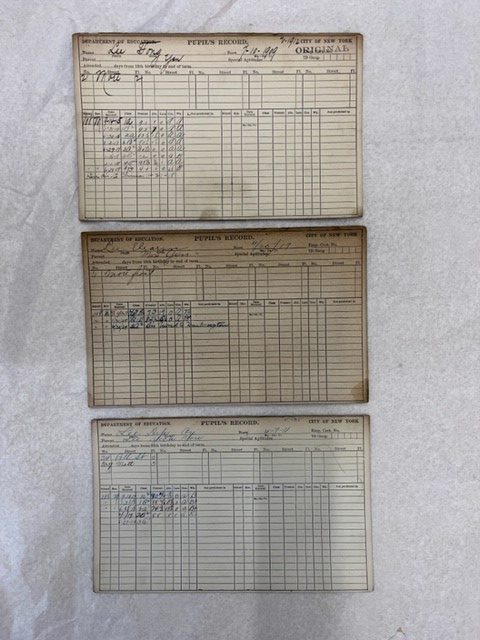 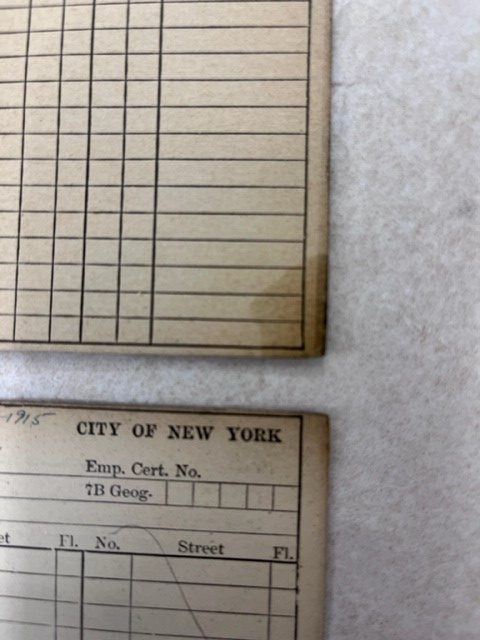 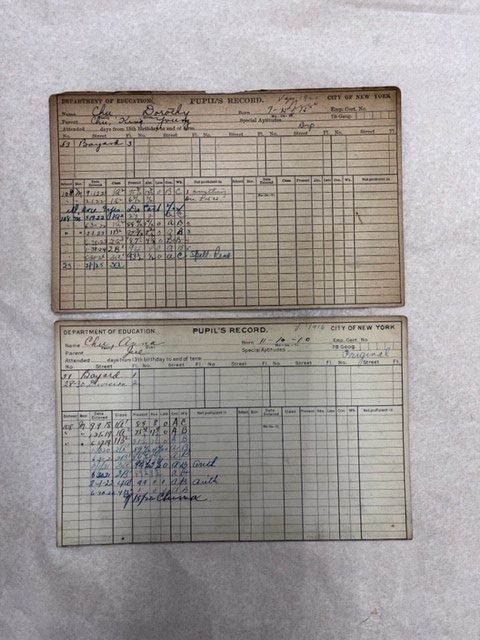 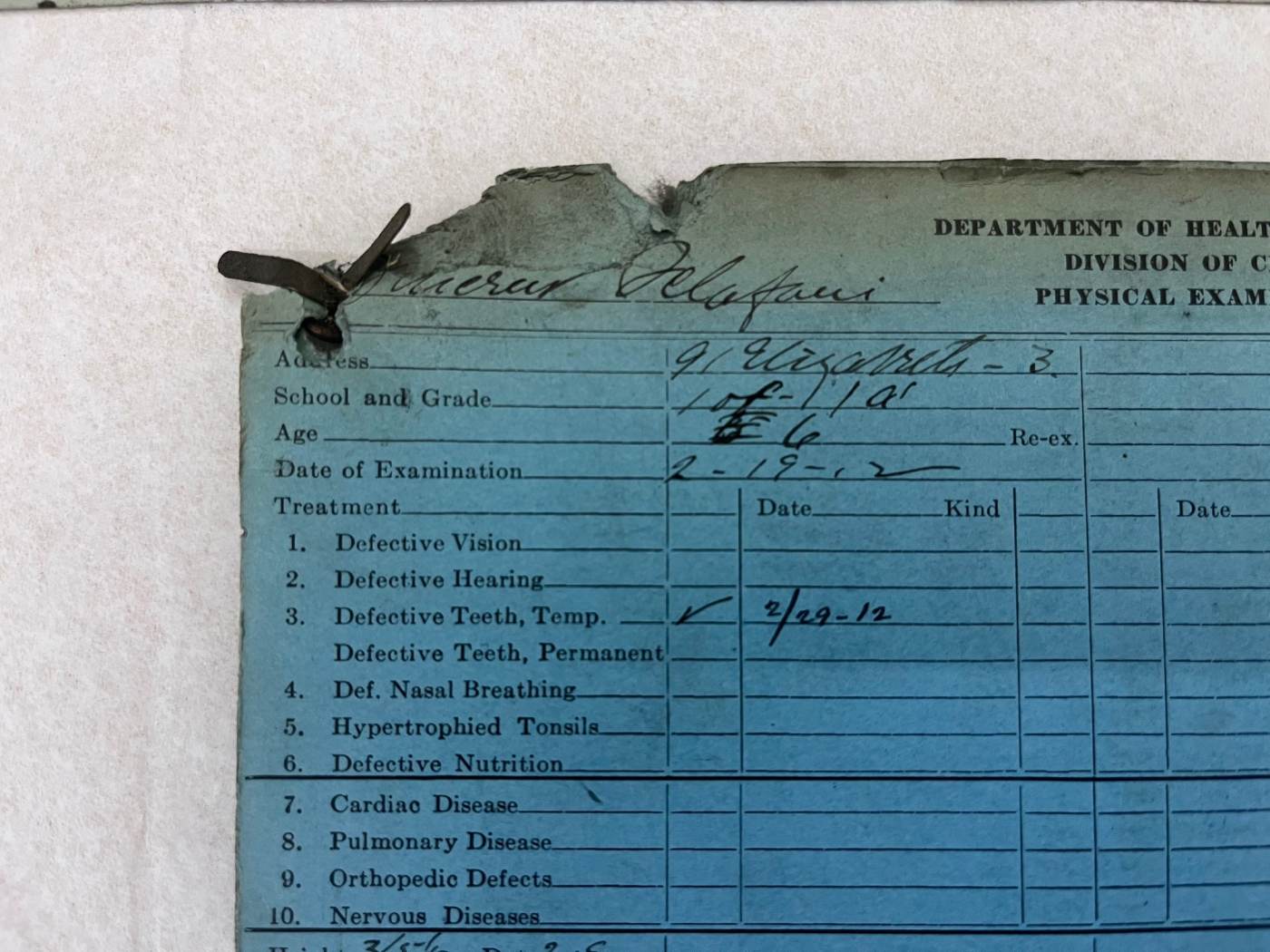 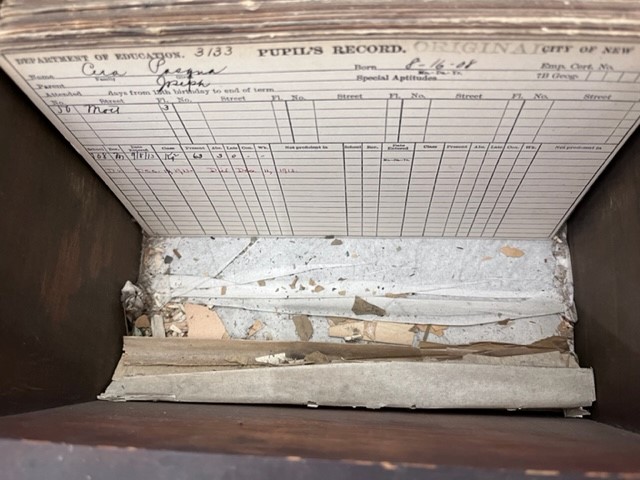 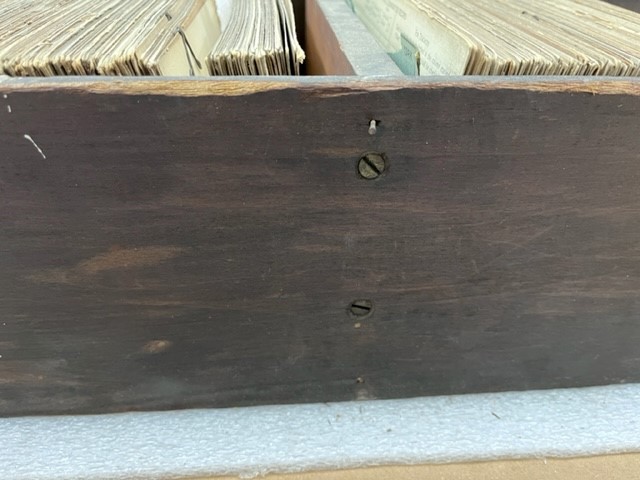 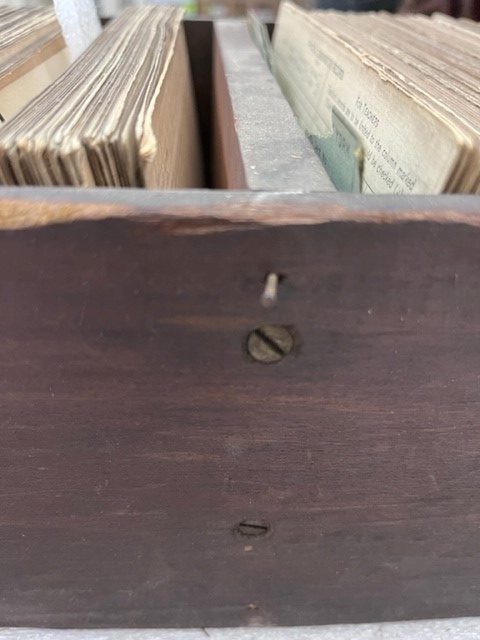 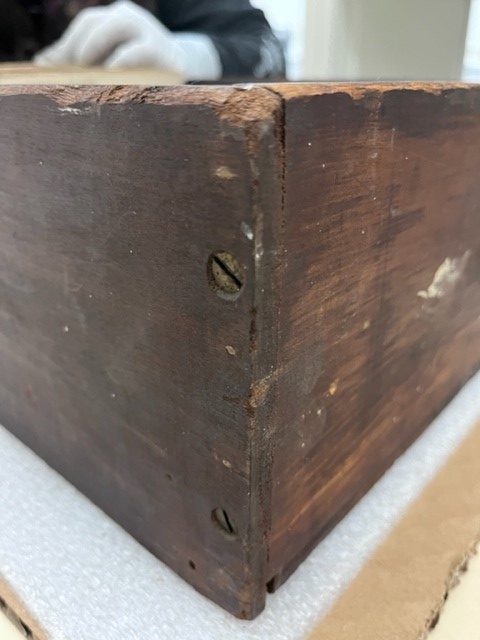 This is one of two drawers filled with the earliest academic records and physical examination results of students at various schools, starting with PS 108, but many of whom later attended PS 23. Most of the students were born in the early part of the twentieth century but some records go as far back as the 1880s. They help document the history of an important community institution which adapted its operation and education to meaningfully serve the needs of the primarily immigrant and working-class community in which it was rooted. Because children’s labor was often needed to help their families make ends meet, PS 23 in this era began to offer evening classes and accepted entire working families into their night school. Grandmothers attended English classes and mothers learned dressmaking, millinery and other skills to earn extra income for their families. In 1905, the New York Tribune dubbed Public School 23 “the school of twenty-nine nationalities” for the diversity of its student body, and the records featured below indicate that a handful of Chinese students were among them. Over later decades, the bounds of Chinatown gradually expanded to encompass PS 23 at 70 Mulberry. By 1920, about 50 percent of PS 23 students were Chinese. By 1950, they were almost entirely Chinese and Chinese American.

This drawer of records is needed for display in a Museum of the City of New York exhibition later this year. As such, we have determined it to be a priority for repair and conservation so that it will be in stable condition for loan and display, and to ensure its longterm preservation.

The cards on which students’ information is recorded are torn and creased with folds. Due to their brittleness, pieces of the cards have broken off completely and the glue holding the paper layers together have begun to separate. The corroding of metal fasteners clipped on the cards are causing staining and the stress on the cards is causing deformation. All cards have darkened and discolored with staining and heavy surface grime. Many of the inks are faded.

The drawer has loose wood planks, with missing pieces and splintering edges. Many of the nails and screws are loose and corroded. The wood is scratched and abraded, and has aged such that components have degraded and gradually accumulated on the surface. The wood is also dull and discolored.