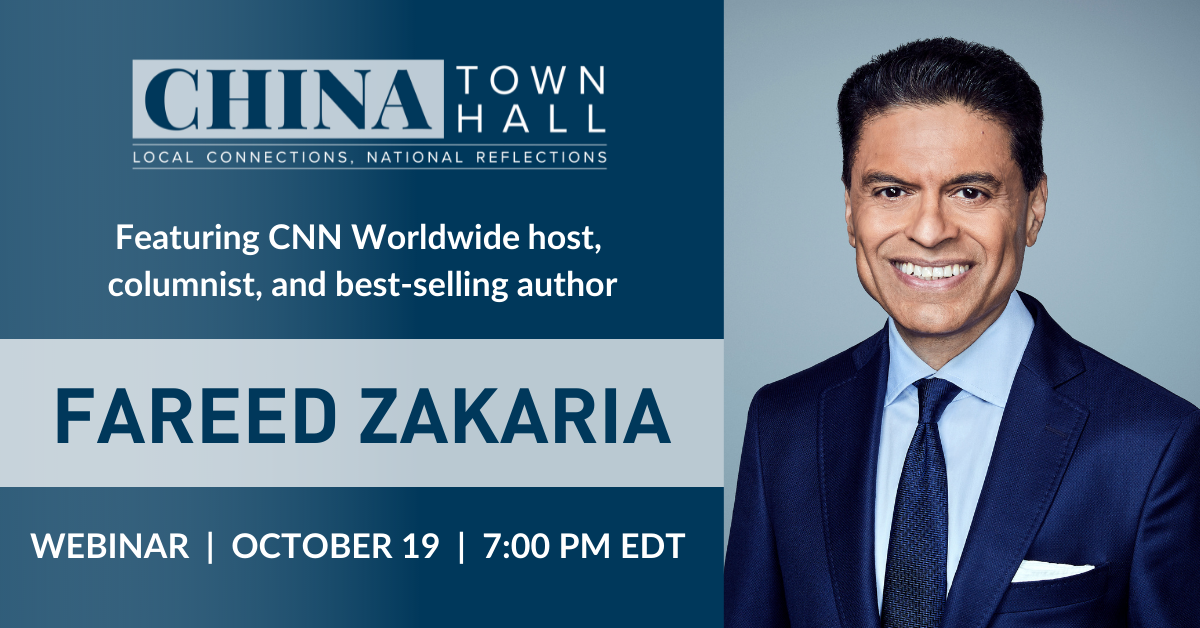 CNN host and best-selling author Fareed Zakaria will be the featured speaker for the National Committee on U.S.-China Relations’ CHINA Town Hall 2021, a national conversation on how the U.S.-China relationship affects our cities, towns, and communities, on Tuesday, October 19, 2021, from 7:00 P.M. – 8:00 P.M. EDT. From supply chains to national security, new technologies to climate change, the future of both countries will be determined by their relations with one another and the global community.

The Museum of Chinese in America (MOCA) will join more than 80 venues across the country for the program, which will feature Fareed Zakaria in conversation with National Committee on U.S.-China Relations President Stephen Orlins.

Prior to the national conversation from 6:00 P.M. – 6:50 P.M. EDT, MOCA President Nancy Yao Maasbach will moderate a pre-event virtual discussion with scholar Tian Atlas Xu about U.S.-China relations and the issues that have an impact on Chinese American communities locally and nationally.

Established in 1966, the National Committee on United States-China Relations is the leading American non-profit, non-partisan public affairs organization devoted to building constructive relations between the United States and Greater China. 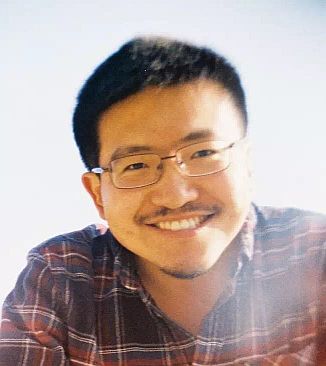 Tian Atlas Xu is a transnational scholar on the US history of race, ethnicity, and the federal government. Currently serving as the first scholar in residence at Historic New England, his work seeks to dismantle barriers between different ethnic worlds in American history. His current project investigates the human aspect and racialized common ground of US welfare and immigration policies 140 years ago. He is always fascinated by issues regarding empathy, knowledge, and human dignity. He also serves as a scholarly advisor to MOCA. 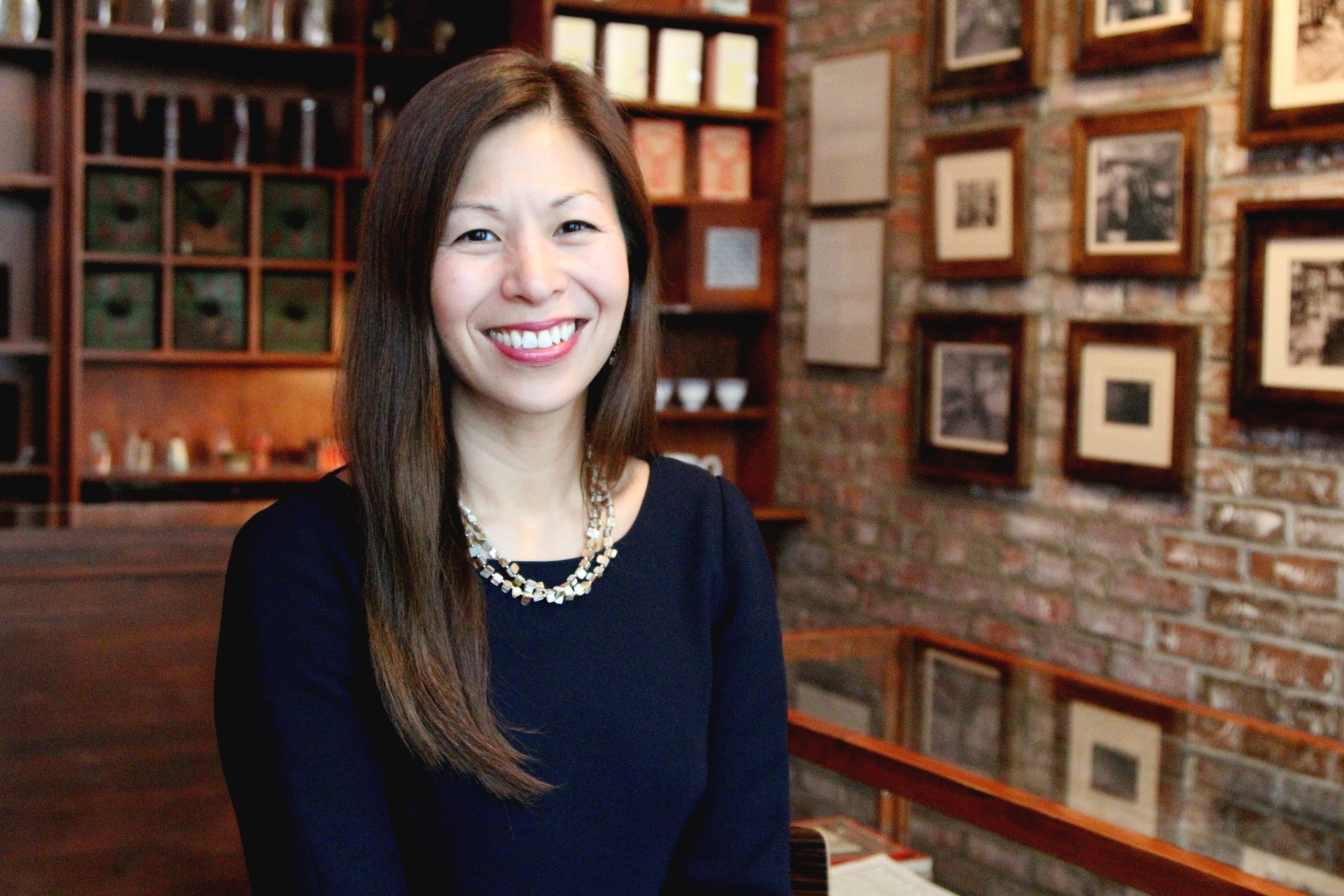 Nancy Yao Maasbach has served as the President of the Museum of Chinese in America (MOCA) since 2015. Nancy is also a lecturer on governance at the Yale School of Drama. Nancy serves on the McGraw-Hill Equity Advisory Committee.

Prior to her time at MOCA, Nancy was the executive director of the Yale-China Association, one of the oldest non-profit organizations dedicated to building U.S.-China relations. At the Yale-China Association, Nancy led more than 20 programs in the areas of arts, education, and health. These programs were lauded as best-in-class and models for bilateral engagement. Before Yale-China, Nancy gained over 20 years of leadership experience at non-profit organizations and for-profit management, including staff and board positions at The Community Fund for Women & Girls, International Festival of Arts and Ideas, Tessitura Network, Council on Foreign Relations, Goldman, Sachs & Co., CNN, and Center for Finance and Research Analysis.

Nancy was based in Hong Kong from 1999—2004 and covered the handover of Hong Kong to the PRC for CNN International in 1997. She is a board director of the National Committee on United States-China Relations and a member of the Council on Foreign Relations.