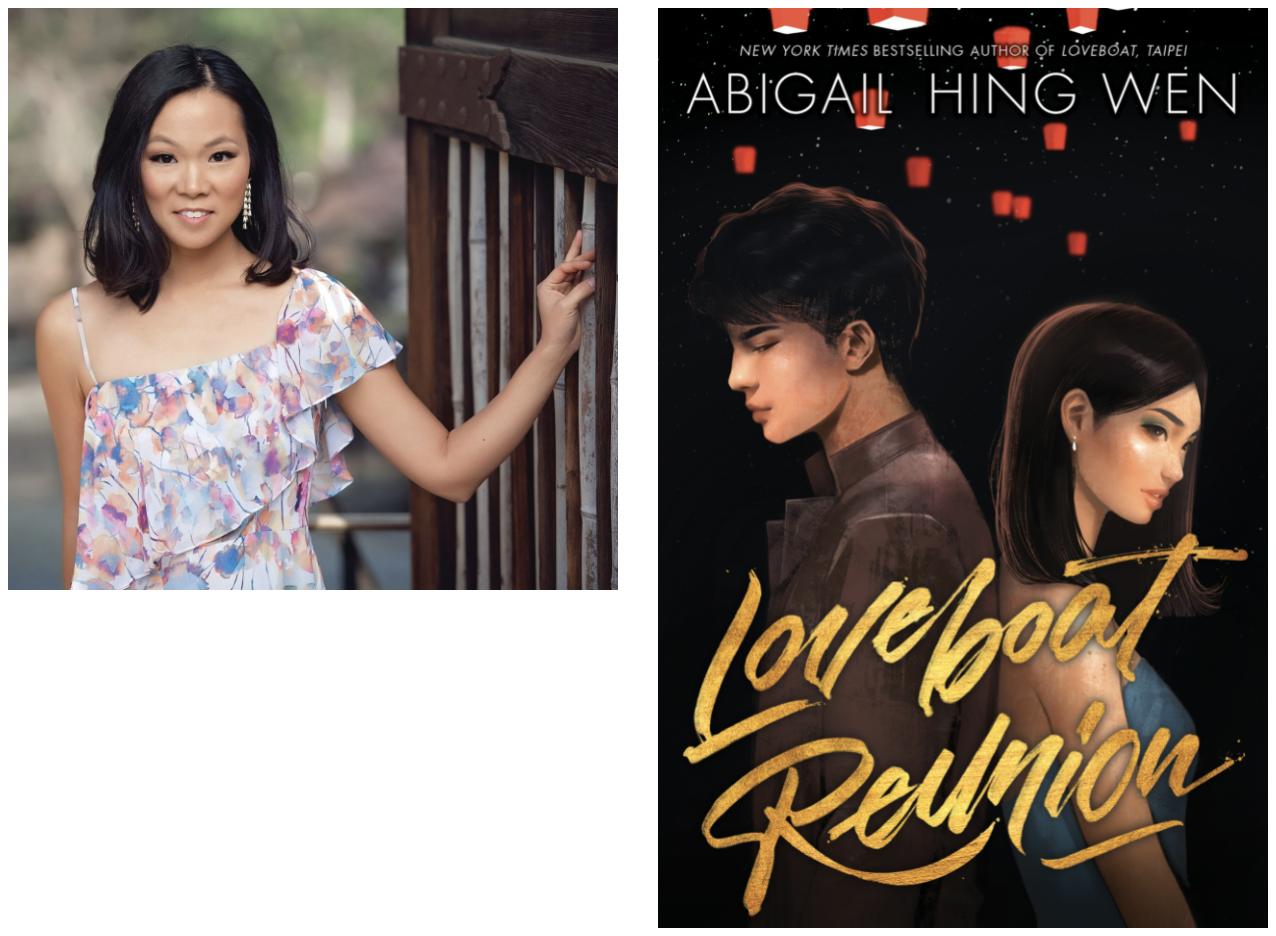 This novel is a standalone companion to New York Times Best Seller Loveboat, Taipei, currently under development for film with Ace Entertainment, producers of Jenny Han’s To All the Boys I’ve Loved Before. It follows the stories of Sophie Ha and Xavier Yeh who have what some would call a tumultuous past. It’s a classic tale of girl-meets-boy, boy-meets-other-girl, heart-gets-broken, revenge-is-plotted, everything-blows-up. Spectacularly.

Expansive and romantic, glamorous and tender, Loveboat Reunion takes readers back to Taipei through the eyes of Sophie and Xavier, on an unforgettable journey of glittering revelry and self-discovery that’s perfect for fans of Jenny Han and Mary H. K. Choi.

Abigail has a remarkable story to tell and we cannot wait to share it with you. We look forward to your participation, and to sharing this and many more exemplary stories of the Chinese in America.

The conversation will be co-moderated by Jennifer Wu and Neil Wu-Gibbs, Director of Programs and Strategic Initiatives at MOCA. Jennifer Wu is a partner in the Litigation Department at Paul, Wiess and serves as co-chair of the Women’s Committee of the Asian American Bar Association of New York (AABANY).

Abigail penned the New York Times best selling novel, Loveboat, Taipei (sequel, HarperCollins 2022). She is executive producing the book-to-film adaptation with ACE Entertainment, creators of the Netflix franchise, To All the Boys I’ve Loved Before. She and her work have been profiled in Entertainment Weekly, Forbes, Fortune, Cosmopolitan, NBCNews, Bloomberg, Google Talk and the World Journal, among others.

Abigail holds a BA from Harvard, where she took coursework in film, ethnic studies and government. She also holds a JD from Columbia and MFA in writing from Vermont College of Fine Arts. In her career in tech, she has negotiated multibillion dollar deals on Wall Street and in Silicon Valley, worked in venture capital and hosted Intel’s Artificial Intelligence podcast featuring leading industry experts including Andrew Ng, Facebook’s Chief AI Scientist Yann LeCun and US Congresswoman Robin Kelly. She also serves with the Partnership on AI.

Abigail lives with her husband and two sons in the San Francisco Bay Area. Her third novel (2023) explores cognitive differences in Silicon Valley and she is writing her fourth novel and a feature film script based in Silicon Valley, as well as producing a girls-in-tech animated series.