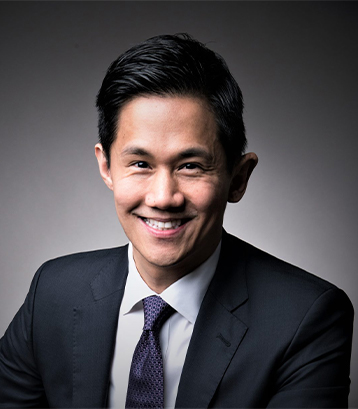 Chris Shen is the chief executive officer and co-founder of Revere VC, a technology platform that enables investors to build customized venture capital portfolios through curated investment opportunities and Revere’s own turn-key managed funds. Chris is also a founding partner (non-executive) of West 22nd Capital Advisers, a Hong Kong-based single family office and SFC-licensed investment firm. He also serves on the advisory boards of leading technology companies FiscalNote, Booqed and Zectr. Previously, he was a special counsel with Baker McKenzie, focusing on corporate finance matters. Chris graduated with a B.A. from The University of Texas at Austin and holds a J.D. from STCL-Houston. He is admitted to practice law in the State of Texas, is a Type 1/4/9 responsible officer under the Securities & Futures Commission of Hong Kong, and speaks fluent Mandarin. Originally from Houston, Texas but resident in Greater China (Beijing, Taipei and Hong Kong) from 2006 to 2019, he and his family now split their time between Silicon Valley and Hong Kong.