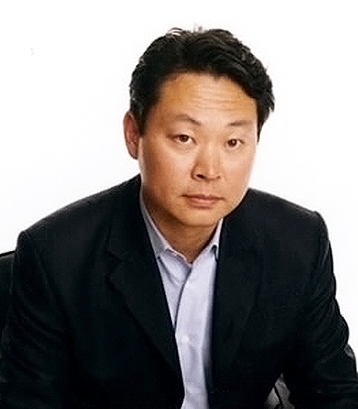 David Liu joined the Museum of Chinese in America’s (MOCA) Board of Trustees in July 2009. He is cofounder and CEO of The Knot Inc. (NASDAQ: KNOT; www.theknot.com), a leading lifestage media company.

In 1996, Liu and his business partners (including wife Carley Roney) predicted that the emergence of Internet technology would become the perfect solution to the frustrating, antiquated process of planning a wedding. Their vision: to launch a bridal media brand with a single online destination that would reinvent the $70 billion wedding industry by appealing to modern couples and providing 24/7 access to stylish editorial content, modern advice, thousands of local professionals, and an online community. The Knot has become the nation’s #1 wedding resource and most trafficked online wedding destination with more than 100 million monthly page views and over 1.5 million registered members.

Through innovative, resilient business practices, Liu drove The Knot Inc. from an Internet start-up to a multimillion-dollar media leader in the wedding and lifestyle category with more than 500 employees. Under Liu’s leadership, the company’s portfolio of brands and services grew beyond weddings into newlywed and parenting spaces. Liu also led the acquisition of the company’s closest competitor, WeddingChannel, Inc., uniting two leaders in the online bridal industry.

Liu has lead his team to extend each brand of The Knot Inc. to the offline world with a host of magazines, books, and television broadcasts, as well as a massive merchandising arm which includes a full-service gift registry and an Internet wedding supplies store. Liu has also been the guiding force in the company’s exploration of broadband technology, negotiating partnerships with Comcast on the video-on-demand front and launching one of the Internet’s first-ever 24/7 streaming video TV channel, The Knot TV.

Liu helped The Knot raise more than $35 million in its IPO in early December 1999, and over $70 million in financing from leaders such as Hummer Winblad Venture Partners, QVC, Inc., The May Department Stores Company, T. Rowe Price, and Capital Research. In 2003, The Knot announced its first profitability milestone. And, in April 2005, the company was officially relisted on the national NASDAQ market under the symbol “KNOT.” In 2008, Liu was named Ernst & Young’s Metro Area Entrepreneur of the Year.

Prior to founding The Knot, Liu built a nine-year career in digital production and management. In 1993, he founded RunTime Inc., a CD-ROM development firm producing award-winning titles for clients including the Smithsonian Institute, Intel, and AT&T.

Liu received his BFA in film and television from New York University.