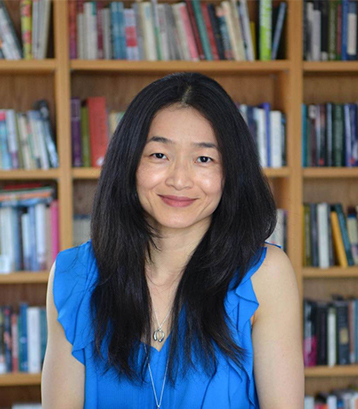 Jing Tsu is a literary scholar and cultural historian of modern China at Yale University. She is author of four books (two co-edited) and has written for New York Times and Financial Times. She is currently writing a new book about how China entered the IT era, The Kingdom of Characters: Language Wars and China’s Rise to Global Power, a remarkable tale that uncovers what happened to the Chinese script in the age of the Western alphabet (under contract with Riverhead at Penguin Random House). Her research spans literature, linguistics, science and technology, typewriting and digitalization, diaspora studies, migration, nationalism, and theories of globalization, and she has written for The New York Times. Her first book, Failure, Nationalism, and Literature: The Making of Modern Chinese Identity, 1895-1937 (Stanford University Press 2005), has been praised as a “bold,” “original,” “a provocative and innovative book that opens up new critical spaces,” and “a seriously good read.” Her second book, Sound and Script in Chinese Diaspora (Harvard University Press 2010), has been called “a truly groundbreaking work in Sinophone studies,” “an unusual, complex, and remarkable book,” “a captivating work of linguistic and literary scholarship,” and a “must-read.” It is currently being translated into Chinese. Crossing different fields and disciplines by making new connections between disparate contexts, Tsu has been widely recognized in Asia and the U.S. for her approach. She has received fellowships and honors from the Society of Fellows (Harvard), Woodrow Wilson Foundation, Center for Advanced Study in the Behavioral Sciences (Stanford), the Alexander von Humboldt Foundation, Radcliffe Institute for Advanced Study (Harvard), New Directions Fellowship from the Andrew W. Mellon Foundation, the Institute for Advanced Study (Princeton), and, most recently, the John Simon Guggenheim Foundation (2016).

At Yale, Tsu is currently Chair of the Council on East Asian Studies at the MacMillan Center for International and Area Studies.  She has been a member of the Executive Committee of the Whitney Humanities Center, the Humanities Program, and Film & Media Studies Program, as well as a faculty affiliate of WGSS (Women’s, Gender, and Sexuality Studies), ER&M (Ethnicity, Race, and Migration), and Film & Media Studies.  She serves on the Provost’s Advisory Committee on International Activities, the Humanities Planning Committee, Humanities Tenures & Appointments Committee, and the Provost’s Standing Advisory Appointments Committee for the Arts Schools.