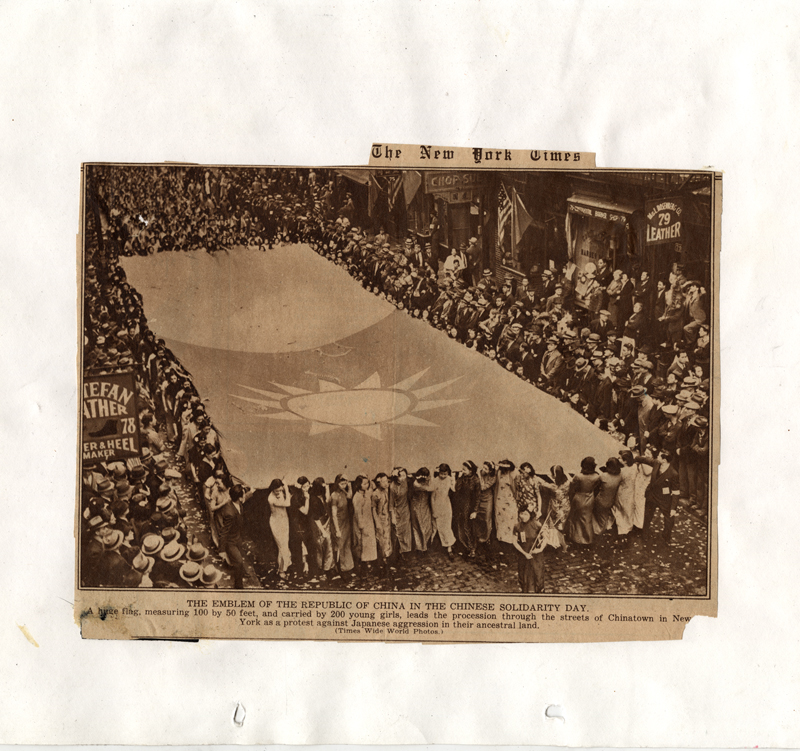 This iconic image of 200 young girls and women carrying a massive Republic of China flag in a procession through New York Chinatown as a protest against Japan’s invasion of China was published in May 1938 by the New York Times. It was then subsequently clipped so that it could proudly occupy a full page of a scrapbook that Ging Hawk Club member Lillian Dong Louie compiled of her group’s activities from 1930 to the 1950s. “Ging Hawk 競學” literally meant “striving for knowledge,” and Theodora Chan, a social worker, started the club in 1929 to bring together like-minded college-educated Chinese American women. The 1930s decade saw a flowering of women’s participation in political and social organizations as women increasingly pursued higher education, and progressive women’s colleges began to focus on instilling in their graduates a sense of social responsibility to contribute to a democratic society. China’s war against Japan and the public sympathy it engendered opened opportunities for Chinese American young women in the Ging Hawk Club to carve out a space and even leadership roles in the public sphere. The additional clippings and memorabilia of fundraisers selectively excerpted here from MOCA’s Ging Hawk Club scrapbook, such as their organizing and hosting of a fashion history show of Ming and Qing dynasty clothing, attest to how Ging Hawk Club members applied both beauty and brains to war and relief efforts. 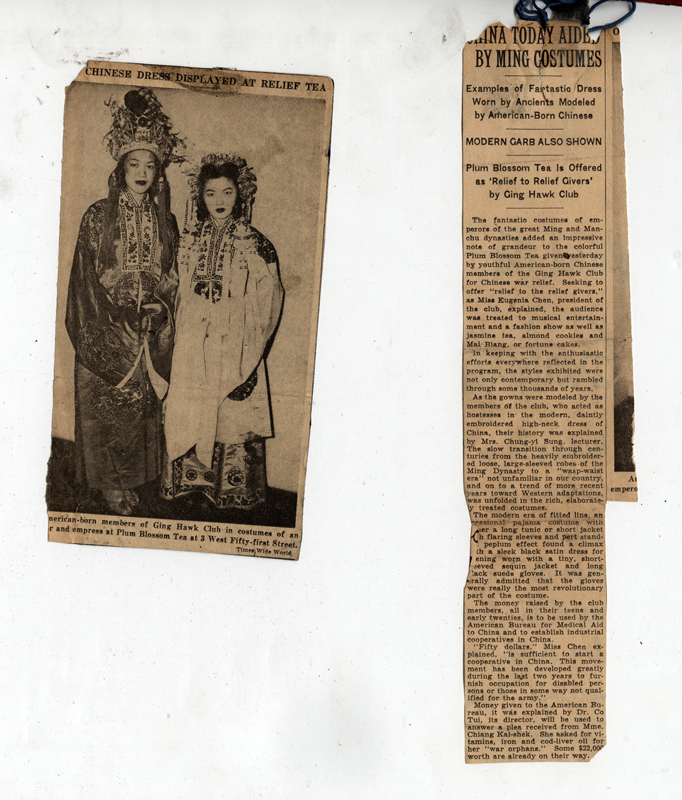 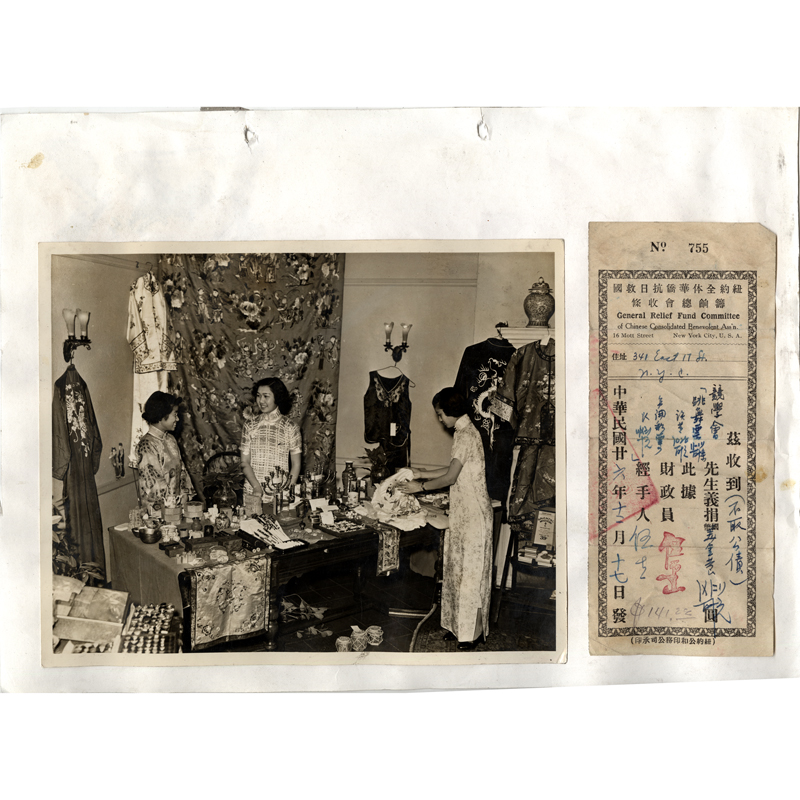 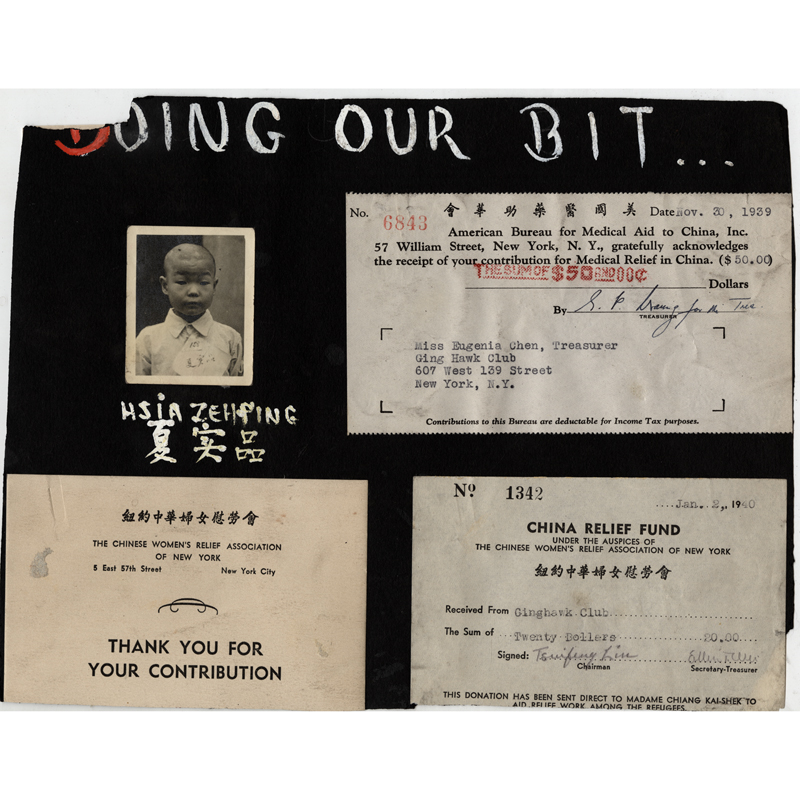 The Servicemen’s Social that the Ging Hawk Club hosted for returning Chinese American servicemen in 1945, and the “lonely hearts” socials they organized on subsequent Valentine’s Days throughout the late 1940s, represent active efforts by its members to create their own openings for courtship and spoke to their desire to attain the dream of a family and home that swept up American society and led to a baby boom after a prolonged decade and a half of depression and war. 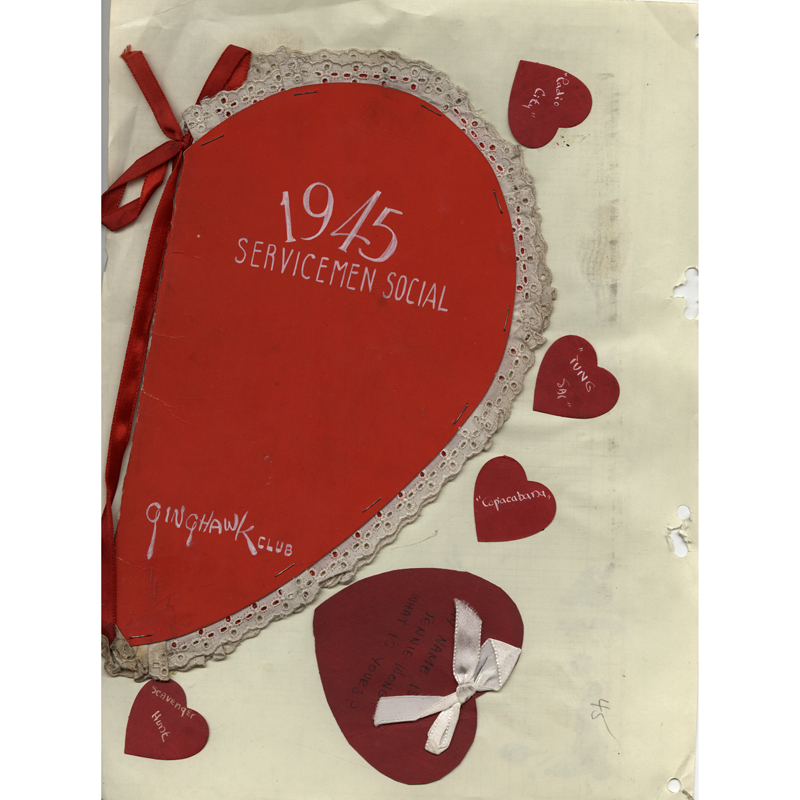 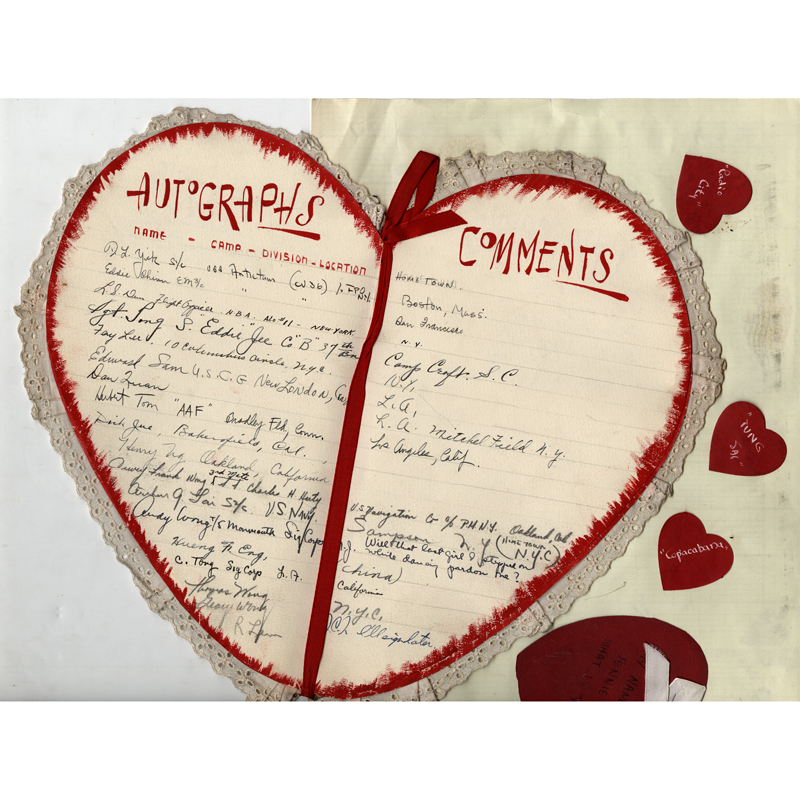 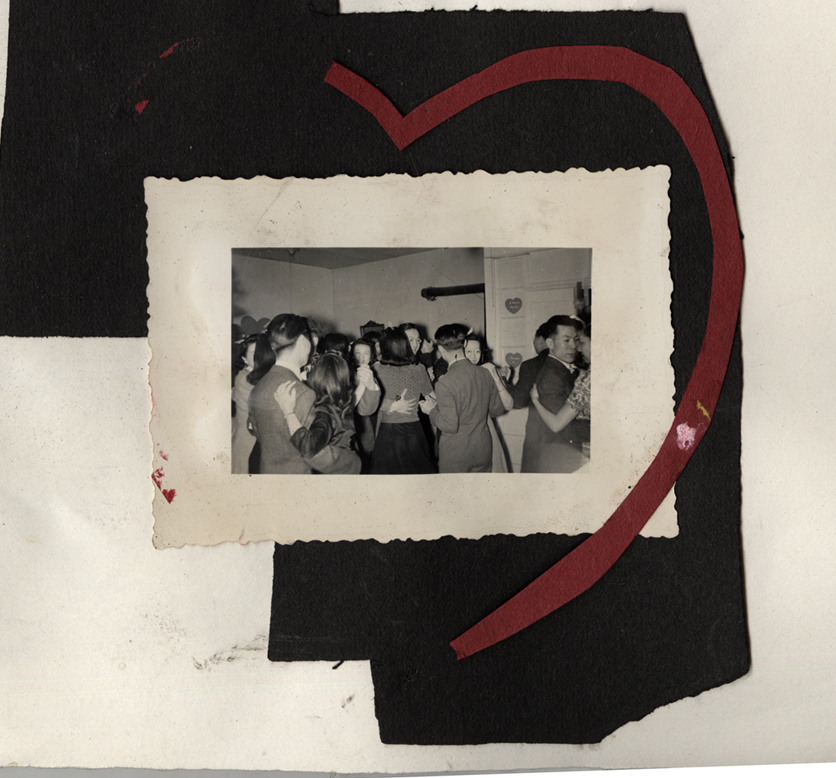 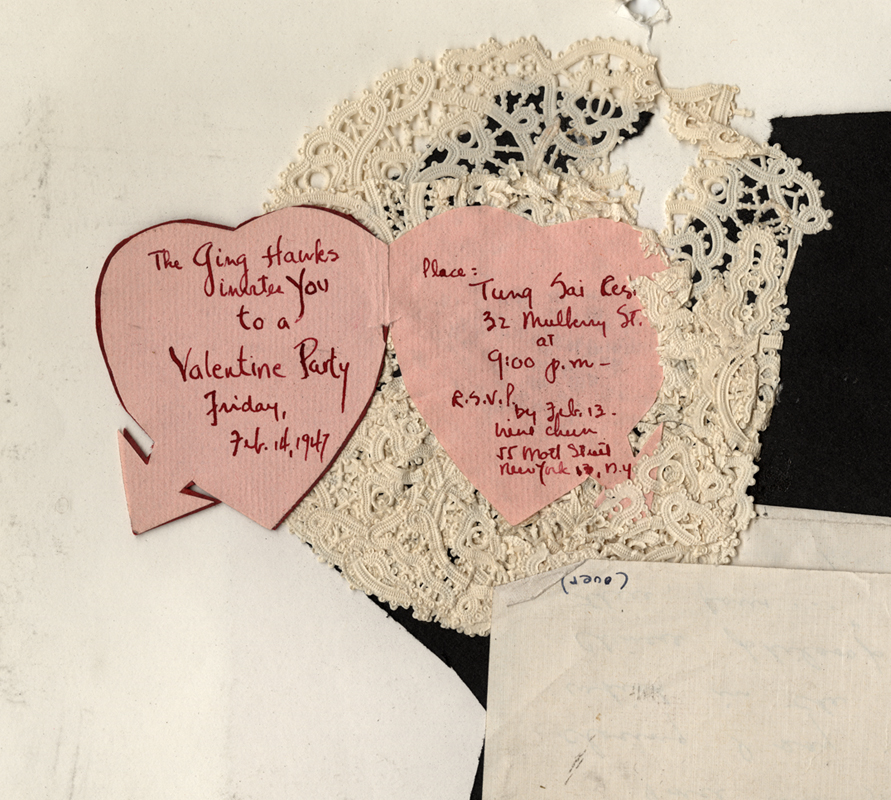 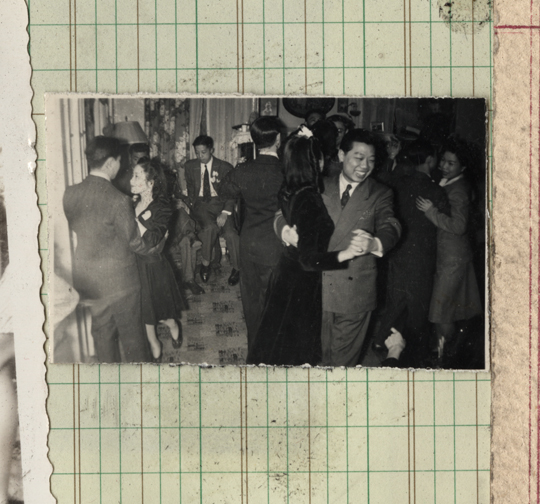 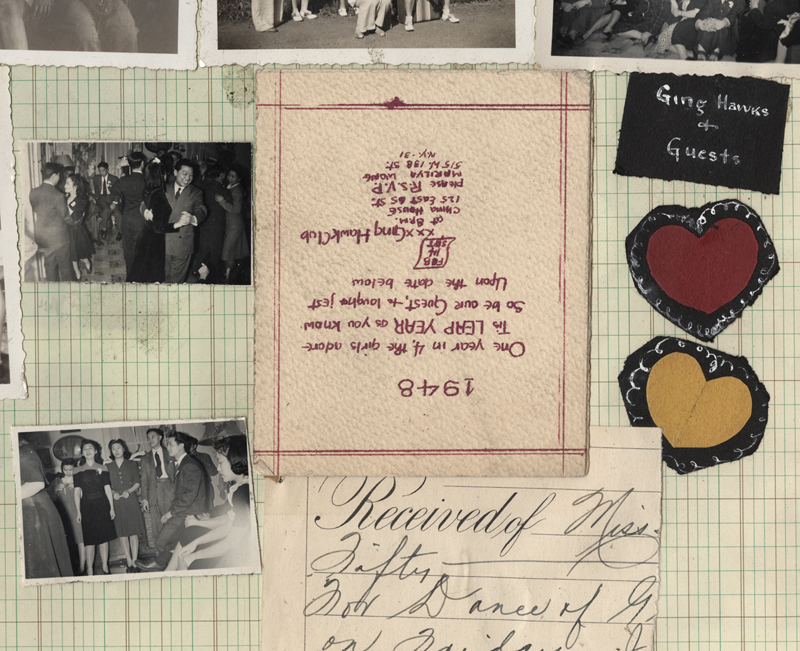 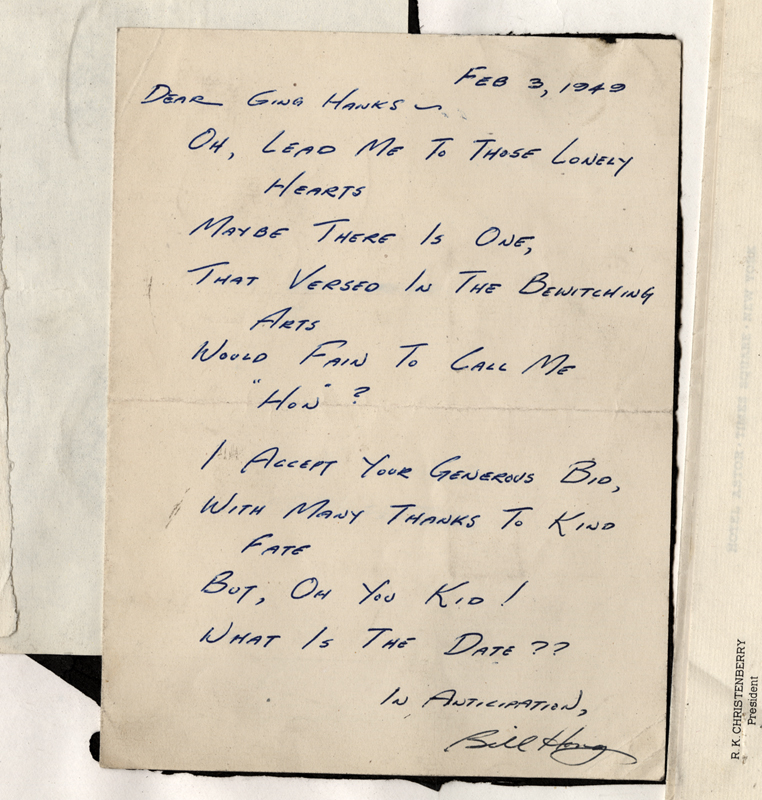 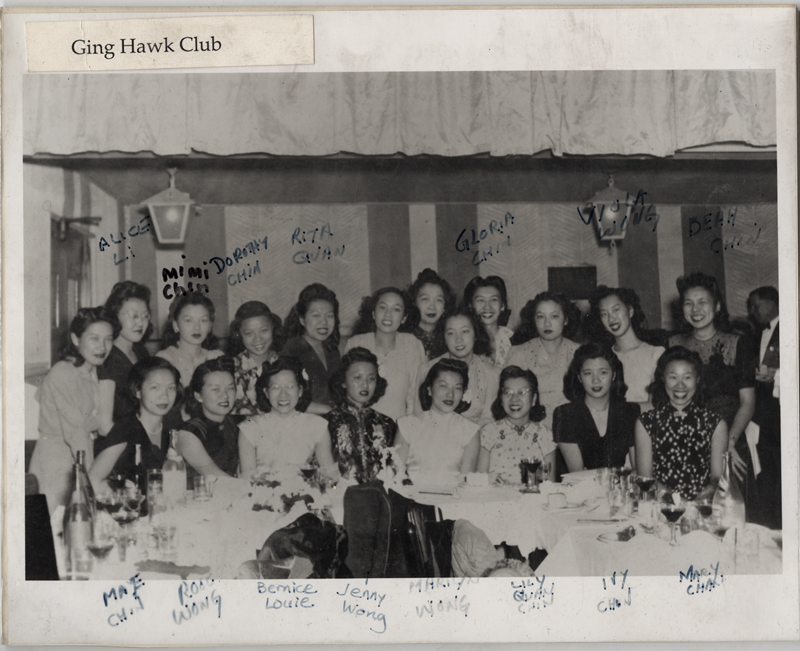