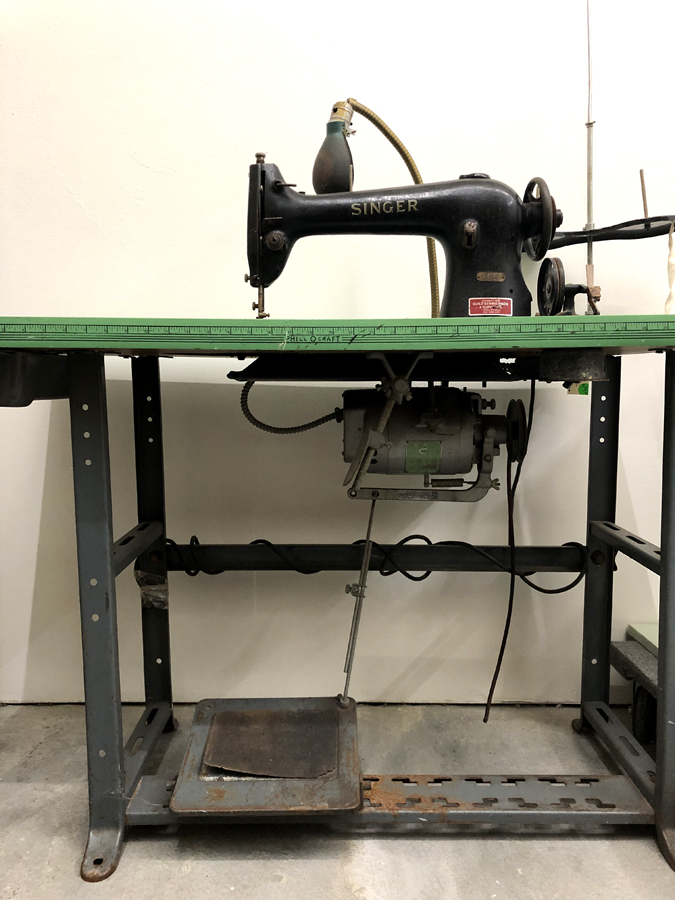 2006.010.001 This industrial strength Singer sewing machine is an old 1938 model that a garment factory no longer wanted and that Mok Sim Tsang, a garment worker, took home and put to good use as a home sewing machine. Courtesy of Sui Ling Tsang, Museum of Chinese in America (MOCA) Collection.

This industrial Singer sewing machine is an old 1938 model that a garment factory no longer wanted, and that Mok Sim Tsang, a garment worker, took home and repurposed as a home sewing machine. Born in 1932 in Tai Peng county (about 2 hours from Hong Kong), Tsang immigrated to the United States in 1963 after marrying her husband, a U.S. citizen. She worked in the garment industry in New York Chinatown from 1968 to 1997, the year she passed away. Like many, she likely did not have prior experience operating industrial sewing machinery, but this was a heyday for Chinatown’s garment industry and the demand for cheap labor was such that waves of new immigrants arriving after the lifting of race-based restrictions in 1965 could secure employment in one of the hundreds of neighborhood garment factories and simply learn on the job. Tsang first worked at Dana Sportswear at 50 Eldridge Street, and in the 1970s, moved to a factory on East Broadway. It was grueling, low-paid work under unhealthful sweatshop conditions but there were few options available to Chinese immigrant women. Most of Tsang’s friends also worked in garment factories while their husbands worked in restaurants. As a garment worker, Tsang usually worked from about 9am to 6pm. When she became a more specialized serger or overlock sewing machine operator, creating finished seams with factory-like precision on a machine running at high speeds of between 1000-9000 rpms (revolutions per minute), she toiled even longer hours, often not getting off work until 8:30 or 9:00 pm. Once home, her daughter Sui Ling Tsang recalls her mother also putting to good use the old factory-discarded machine. Raising five children on the wages of a garment worker and a restaurant worker, her mother saved money by sewing homemade clothes for the family. She also made the family’s duvet covers and quilts. The second photograph shows her working on her industrial sewing machine. 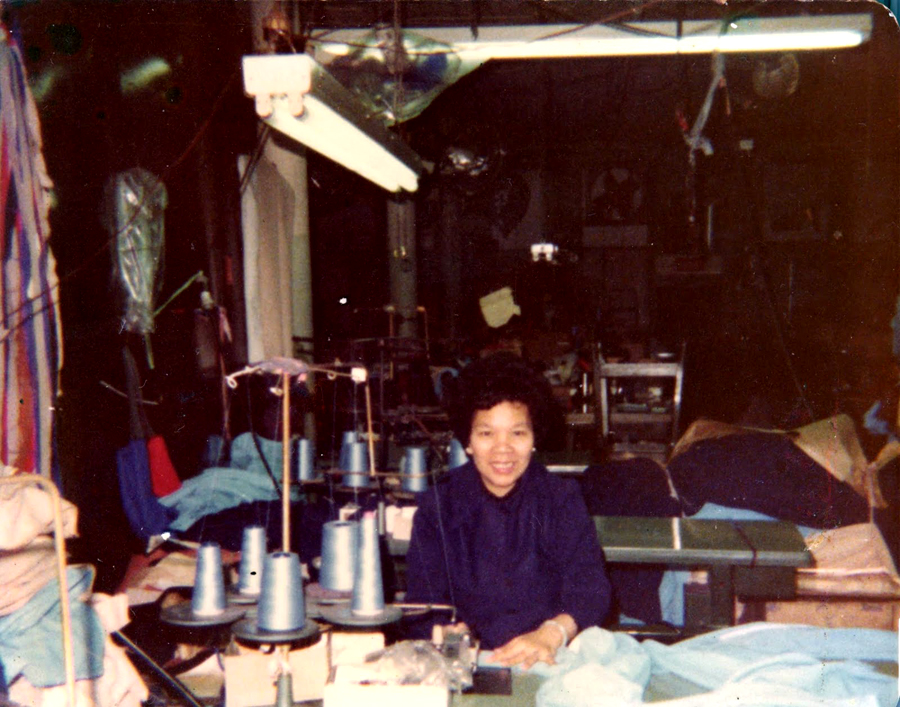 2019.012.001 Photograph of Mok Sim Tsang working at her sewing machine ca. 1970. Tsang worked in the garment industry in Chinatown from 1968 until 1997, the year she passed away. Courtesy of Sui Ling Tsang, Museum of Chinese in America (MOCA) Collection.