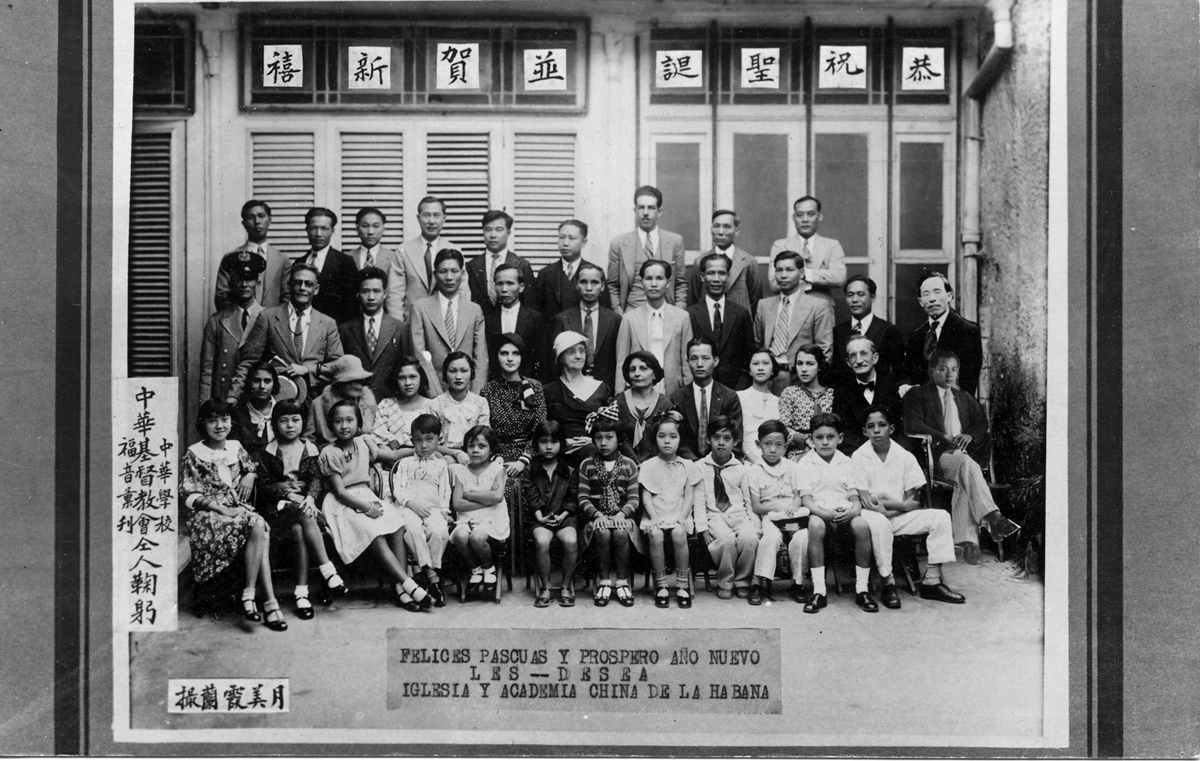 In this Easter and Chinese New Year group photo of the First Presbyterian Chinese Church and Academy of Havana (Iglesia y Academia China de la Habana), Aurora Len (née Tang) sits in the front row, first from left. Facilitated by American occupation, Protestant denominations grew in Cuba (long Roman Catholic under Spain), and by 1906, missionaries built the First Presbyterian Church of Havana at Calle Salud No. 40 (40 Salud Street). A Chinese Presbyterian Church was formally established in 1923 under the ministry of Pedro Tam, and a Chung Wah School created in 1936 to provide religious and academic instruction to the Chinese Cuban community concentrated in Havana. This education eventually brought Aurora to the U.S. and the religiously-affiliated Ohio Northern University, during which period she met her lifelong partner, Edwin K. Len.

In the second photograph below, Edwin, a toddler held in his father’s arms, is the youngest of the family with four sisters. The Lens lived in and operated a laundry in Stratford, CT. They were then the town’s only Chinese American family. Edwin’s father died when he was still young, and his mother eventually moved the family to 47 Mott Street in New York Chinatown after Edwin graduated from high school in 1941. While attending Parks Air College in St. Louis, Edwin was drafted into World War II. He was selected to join the Air Force and trained as an airplane engine mechanic. At the conclusion of training, he was deployed to the China-Burma-India front as part of the 555th Air Service Squadron of the 14th Air Force, a unit entirely comprised of soldiers of Chinese heritage. By that time, Edwin and Aurora had married and she was traveling to see him at army training bases when she could. Throughout the war, Edwin remembers writing Aurora letters every other day.

After the war, finding little demand for his skills, the couple moved in with Edwin’s mother while he went back to school for accounting on the G.I. Bill and worked part-time at a Chinese-owned liquor store on Canal Street. After graduating, he landed a job at NBC, where he worked for the next 35 years. In 1960, as their two sons grew older, Aurora began working for the Metropolitan Life Insurance Company in New York, retiring in 1985 after 25 years. The couple eventually moved out of Chinatown and first settled in South Ozone Park, Queens, and then New Providence, NJ.

The third photograph shows Aurora and Edwin celebrating their 50th wedding anniversary and Edwin’s 70th birthday in 1994 surrounded by his sisters. A tuxedoed Edwin stands behind Aurora, dressed in pink, sitting third from left.

Aurora reestablished contact with her late brother’s family who had remained in Cuba, and in 1999, the pair visited her niece, nephews, and sister-in-law and the barrio chino (Havana’s Chinatown) briefly, though the country was still largely closed to American visitors. 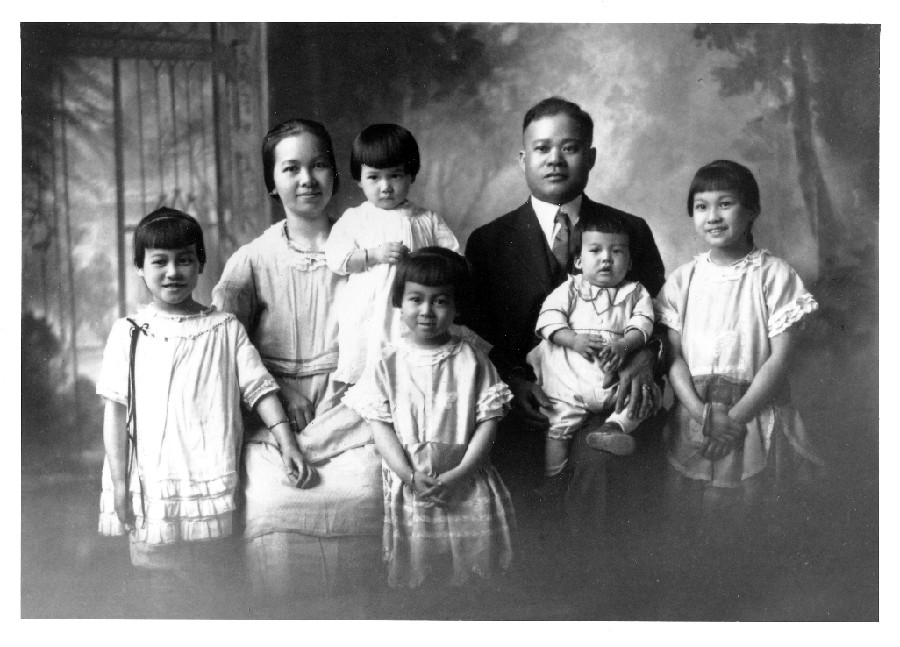 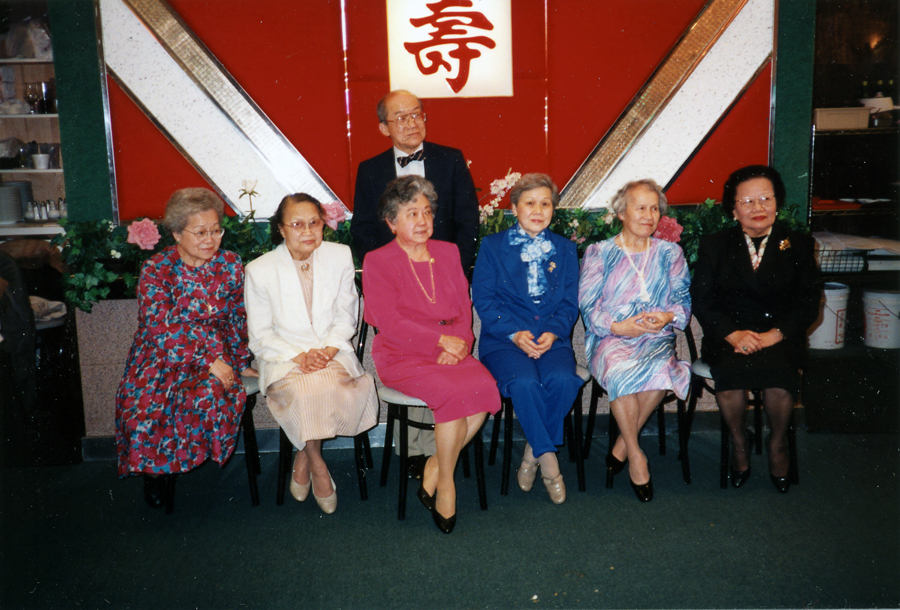 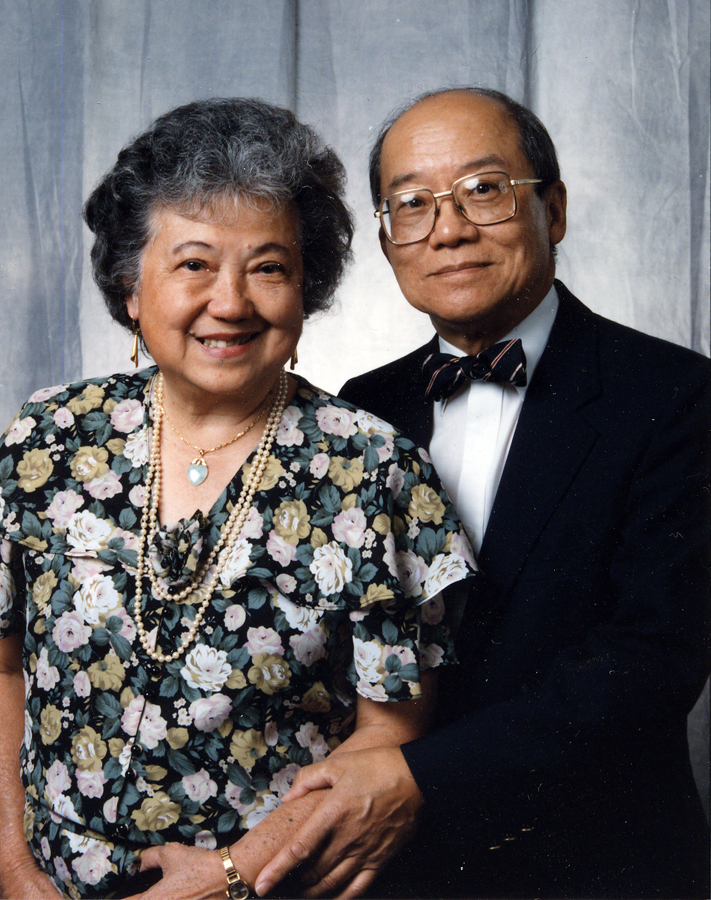