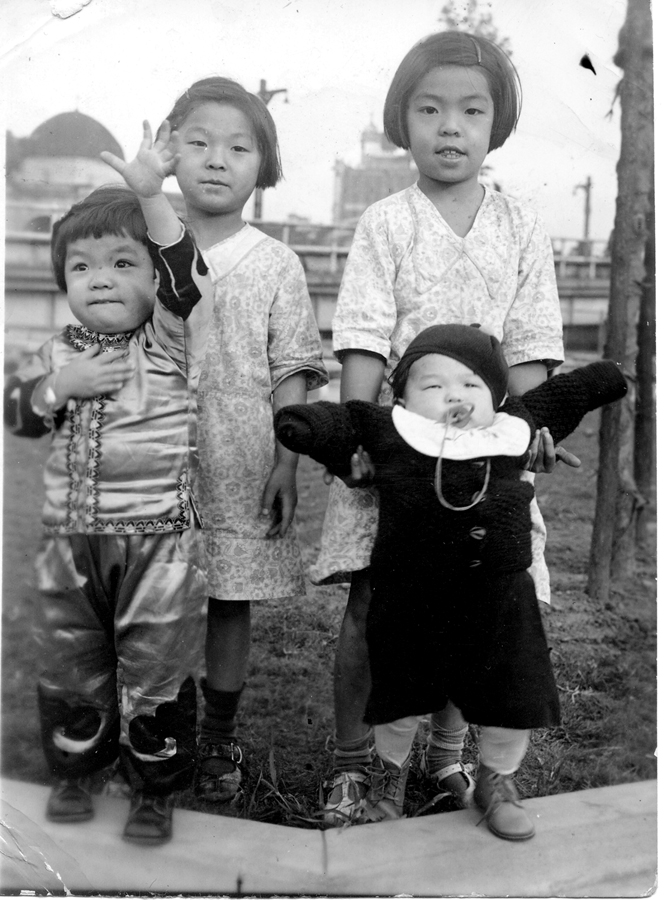 2004.080.006 Fannie (right) is holding her younger sister, Alice, and standing next to her sister Effie, who is also holding onto another child. The year is 1938. They are in Police Athletic League Park, which was torn down during the building of the Confucius Plaza apartment buildings. Courtesy of Fannie Lui, Museum of Chinese in America (MOCA) Collection. Fannie（右）抱着她的妹妹Alice，站在她的妹妹Effie 旁边，Effie 也抱着另一个孩子。这一年是1938年，他们在警察田联公园内，该公园在孔子大厦公寓楼的建设中被拆除。由Fannie Lui 捐赠，美国华人博物馆 (MOCA) 馆藏。

The Lui children numbered eight, and during the 1930s, theirs was one of the largest and few Chinese families living in the still largely bachelor society of New York Chinatown. Their father, surnamed Wan, bought the papers of Lun Yuk Lui, a fellow villager from Hoksan (one of the five counties in the Pearl River Delta), and immigrated to the United States in the late 1920s with his wife and two sons of the man whose papers he had purchased. Wan’s young and growing family eventually settled into a tenement apartment at 63 Chrystie Street, then considered the neighborhood’s periphery.

The Lui children rarely saw their father, who routinely worked 18 hours a day at a grocery store and restaurant to support the large family. As was typical in Chinese families, the older kids became responsible for their younger siblings. Younger brother, Harold, remembers eldest sister Fannie giving her little brothers and sisters their first allowance of 5 cents when she got her first job, enabling them to buy candy.

Though their parents were busy and money was surely tight in Depression-era Chinatown, the Luis—Fannie, Edward, Ronald, Effie, Ralph, Anna, Alice, and Harold—remember always understanding what it was to be part of a community. Chinese fictive “uncles” helped keep an eye on them if they were playing outside their stores and volunteered to take them to Coney Island, Chinese movies, and other fun outings throughout the city on their days off.

The Lui children were also founding members of the Grace Faith Mission. Of Chinatown’s three churches, it was unique in serving an English-speaking congregation. Pastor John Lee Young, who started the church in his apartment in 1934, lived right next door, and the Lui children would go to attend Sunday school and Chinese school. Like other Chinese ministers in those days, Rev. Young served almost as a social worker. He performed translation work for Chinese-speaking bachelors, visited Chinese in jail, took sick children to the doctor, and introduced the Lui children to church services of diverse communities across the city, including congregations in the Bronx and Harlem. The selected family photographs document some of these rich childhood memories. 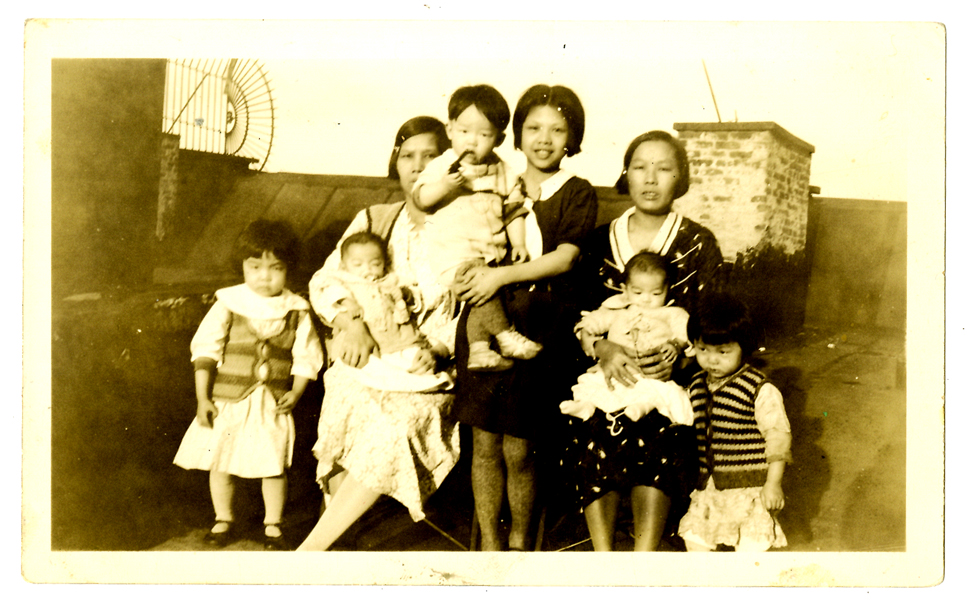 2004.080.002 Fannie Lui with family on the rooftop of their apartment on Chrystie Street in 1933. From left to right: Fannie, her brother, her godmother, her brother, unknown, her mother holding her little brother, and Effie. Courtesy of Fannie Lui, Museum of Chinese in America (MOCA) Collection. 1933 年，Fannie Lui 和家人在奇士提街公寓的屋顶上。从左到右：Fannie，她的兄弟，她的教母，她的兄弟，不知名，她的母亲抱着她的弟弟，和 Effie。由Fannie Lui 捐赠,美国华人博物馆 (MOCA) 馆藏。 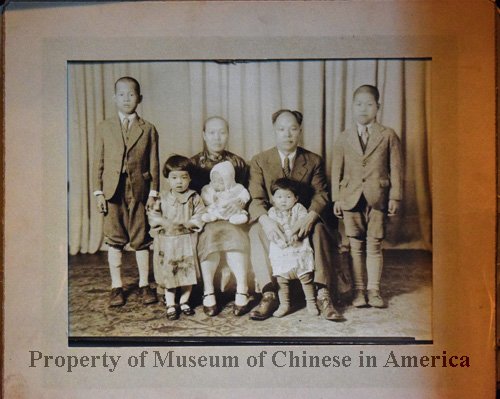 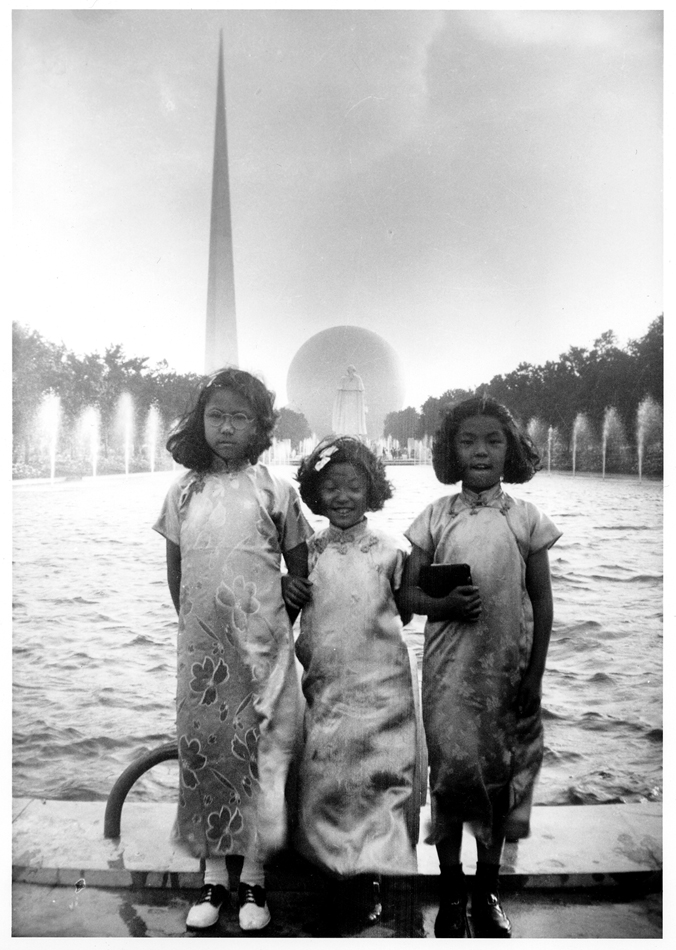 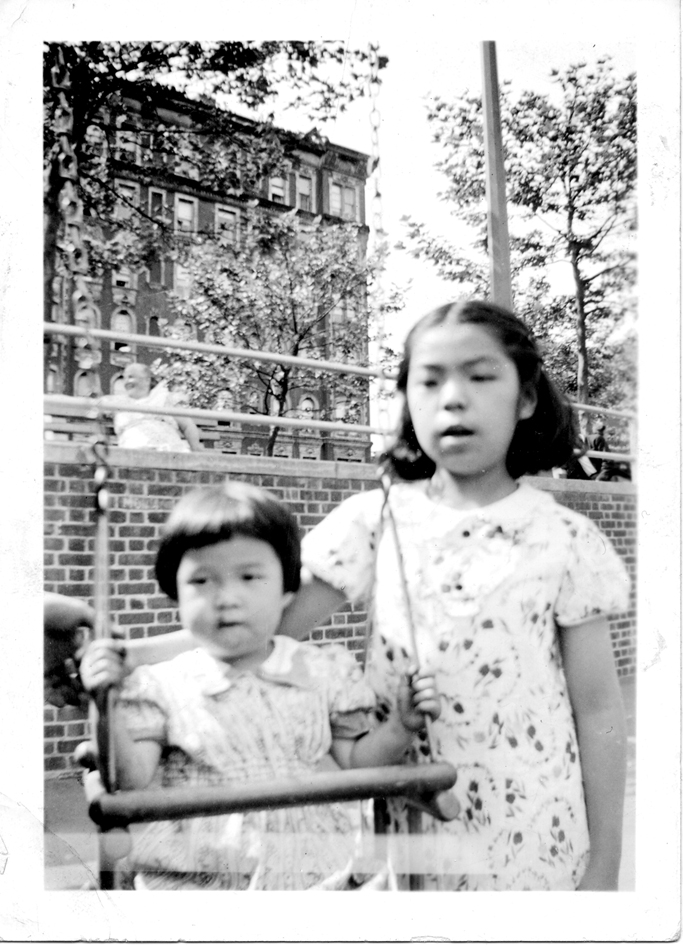 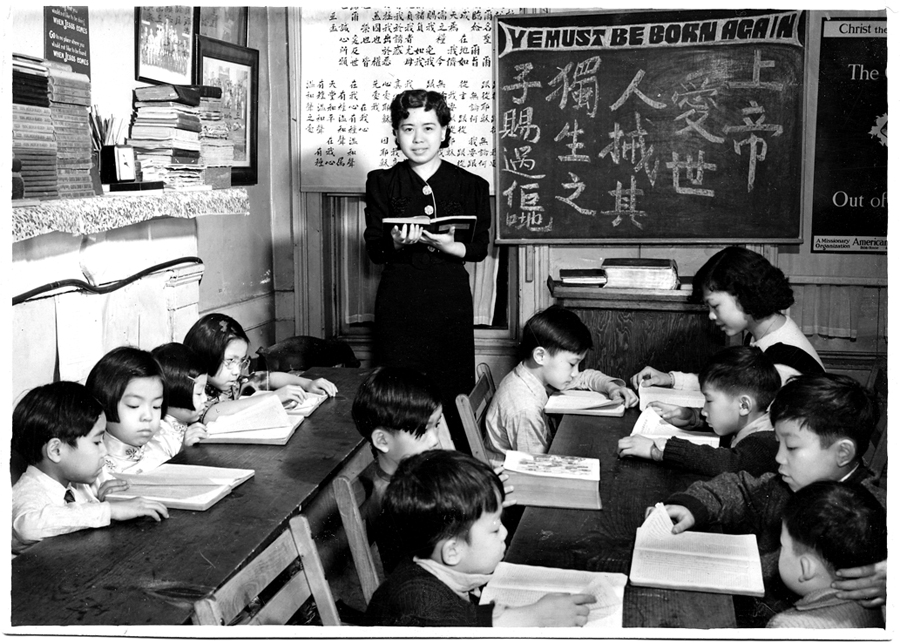 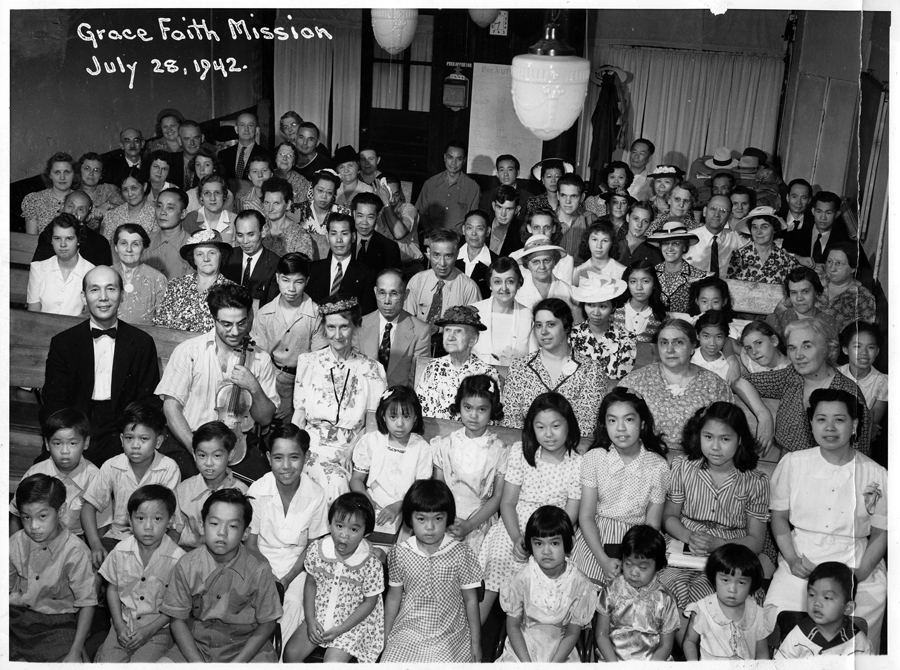 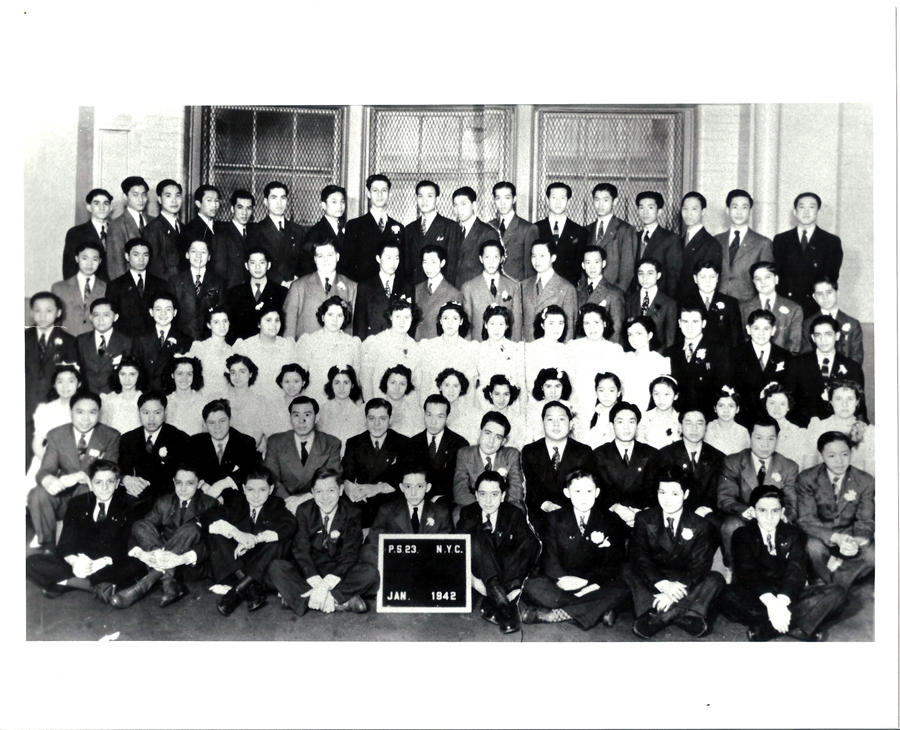 2012.022.093 PS 23 class photograph from 1942. The Lui children attended the school during this time and are among the students pictured here. Courtesy of Fanny Lui, Museum of Chinese in America (MOCA) Collection. 公共第 23小学 1942 年的班级照片。Lui 家的孩子在此期间就读该校，并且是这张照片中的学生。由Fanny Lui 捐赠，美国华人博物馆 (MOCA) 馆藏。