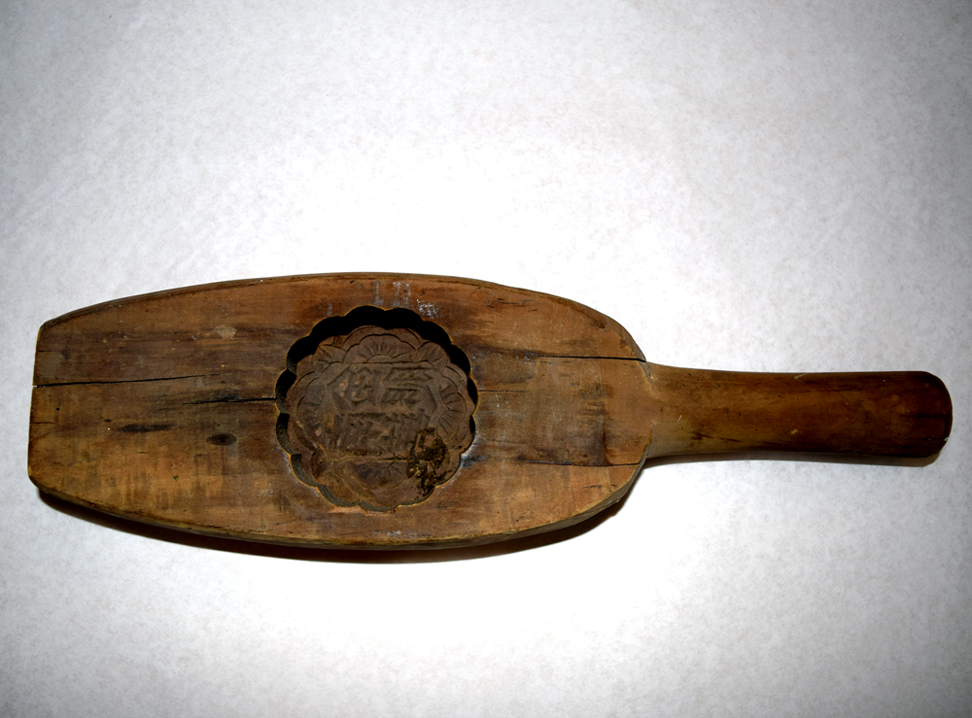 2018.001.001 A wooden mooncake mold that was used at the Nom Wah Bakery at 15 Doyer Street in New York. Courtesy of Wilson Tang, Museum of Chinese in America (MOCA) Collection.

This custom-carved wooden mold was used to make mooncakes at Nom Wah Bakery (now Nom Wah Tea Parlor), the oldest continuously running restaurant in New York Chinatown. To make mooncakes, Nom Wah pastry chefs simmered ingredients to a thick paste that was first cooled then poured into a mold lined with a thin flour dough. Molds like the one above ensured that each cake was round like the full moon—a symbol for family reunion—and imprinted the cakes with Chinese characters in the style of a seal or chop which usually helped identify the filling within.

No celebration of Mid-Autumn Festival would be complete without the gathering together of family and friends to eat mooncakes and gaze up at the moon. Since their earliest years as a community, Chinese in New York, over half of whom lived at their place of work outside of Chinatown in the 1880s, reunited on Mott Street to celebrate the fifteenth day of the eighth lunar month in just this fashion. The cover page sketch in the above issue of Frank Leslie’s Illustrated Newspaper, published on October 11, 1884, provides one of the earliest surviving historical documentation. Mooncakes were traditionally made by women at home but in New York Chinatown’s bachelor community during the 1880s and 1890s, newspaper sources reported that Chinese bought individual mooncakes “sold in packages by all the Chinese grocers at the rate of 30 cents per package” and that Chinese with prosperous laundries would buy a half dozen to dozen to give as gifts, resulting in thousands of packages already being sold and consumed in these early years. Perhaps later, local bakers and confectioners, such as at Nom Wah Bakery which opened in 1920, also supplied these Mid-Autumn Festival delicacies. 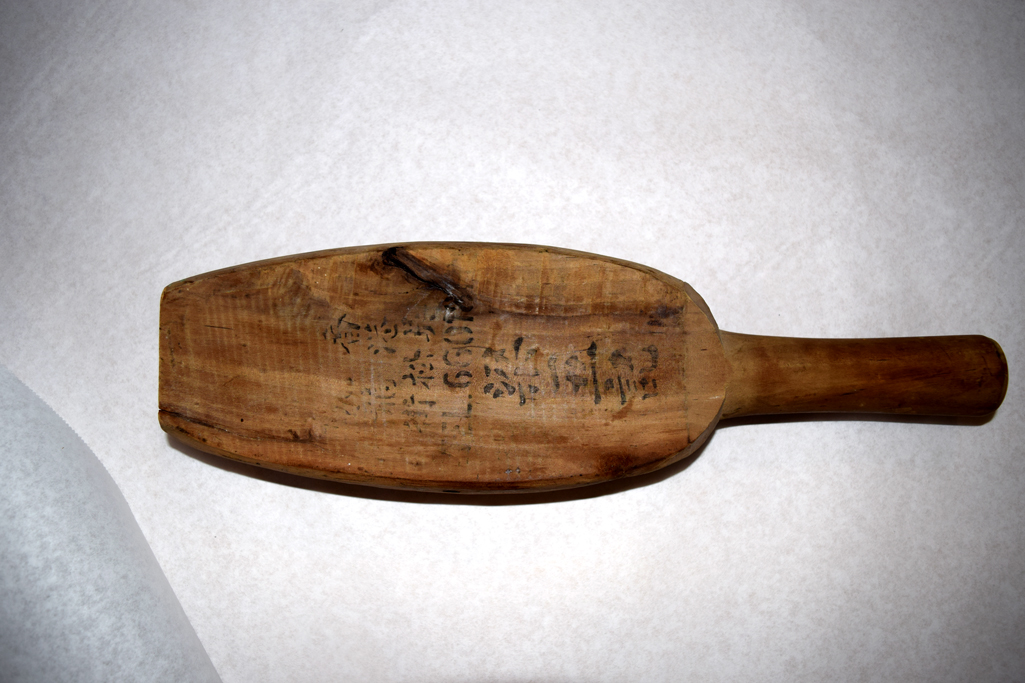 2018.001.001 View of the back of a wooden mooncake mold that was used at the Nom Wah Bakery at 15 Doyer Street in New York. Courtesy of Wilson Tang, Museum of Chinese in America (MOCA) Collection. 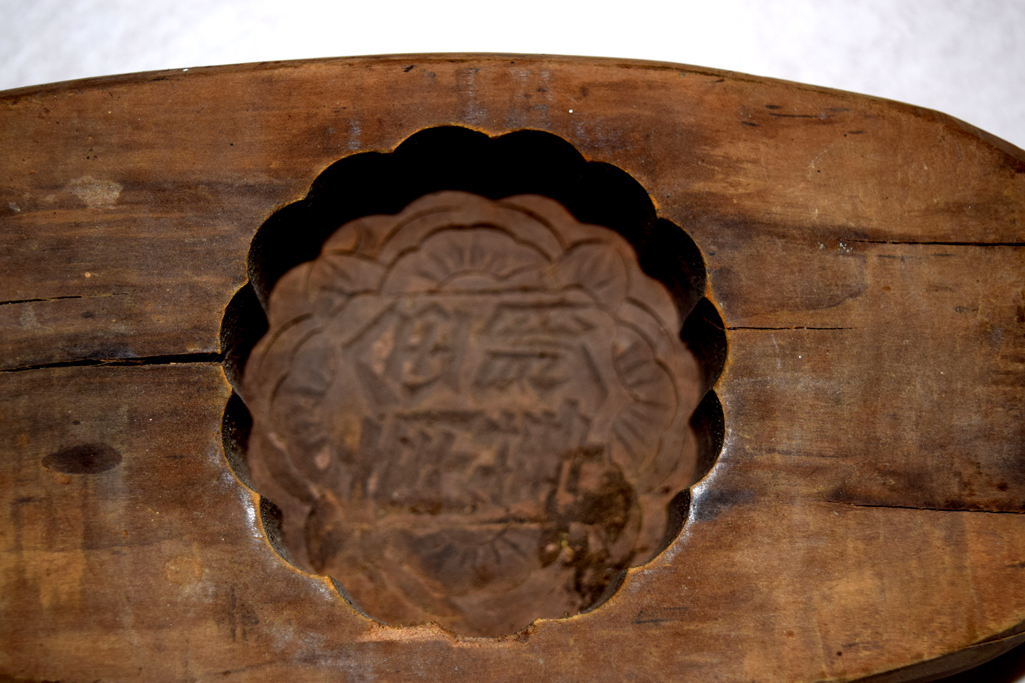 2018.001.001 Close-up view of a wooden mooncake mold that was used at the Nom Wah Bakery at 15 Doyer Street in New York. Courtesy of Wilson Tang, Museum of Chinese in America (MOCA) Collection. 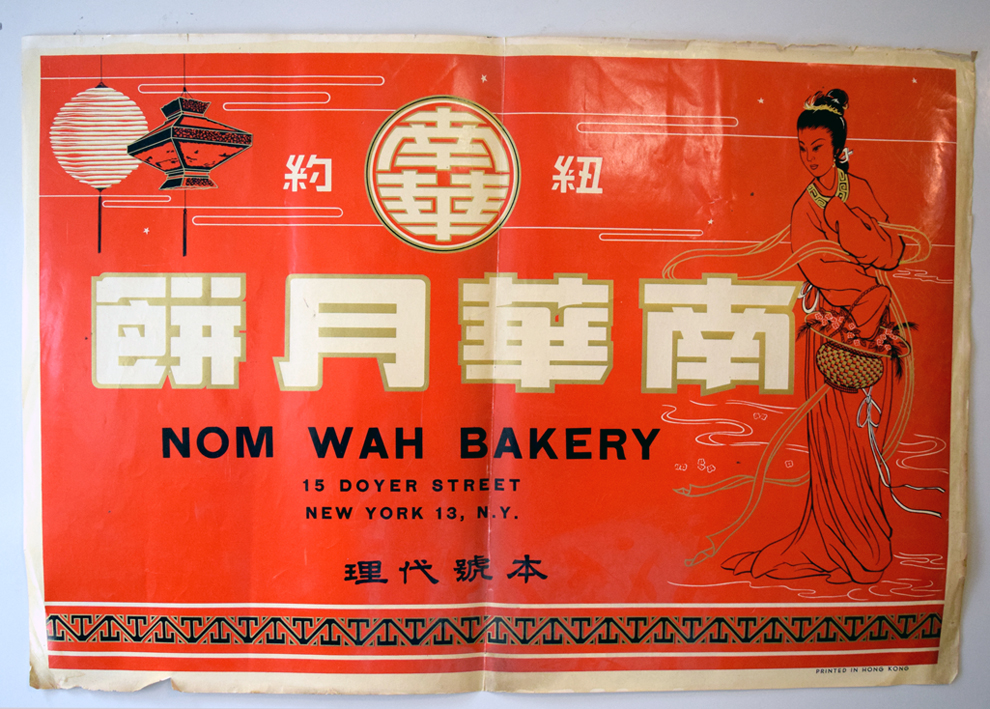 2018.001.009 This old Nom Wah Bakery poster advertising mooncakes used images of lanterns and the Chinese moon goddess Chang’e, both central in the lore and celebration of the Mid-Autumn Festival. Courtesy of Wilson Tang, Museum of Chinese in America (MOCA) Collection. 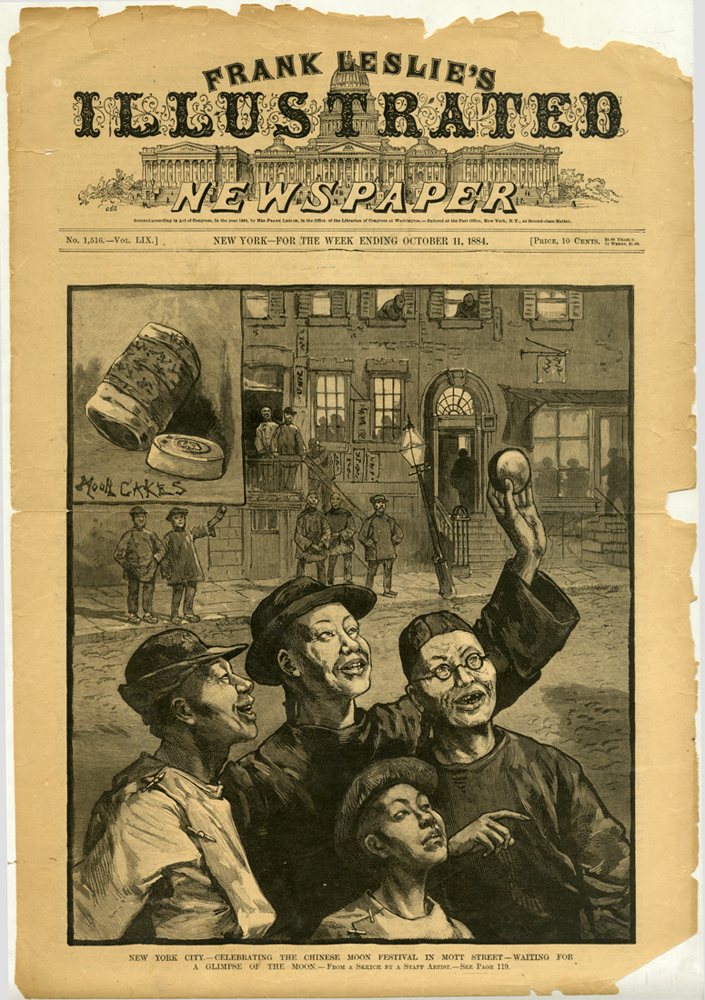 2015.035.001 a Frank Leslie's Illustrated Newspaper dated October 11, 1884 with an illustration titled “New York City - Celebrating The Chinese Moon Festival in Mott Street - Waiting For A Glimpse Of The Moon” from a sketch by a staff artist. This is one of the earliest documentation of Chinese New Yorkers celebrating this tradition that can be found in newspaper coverage from NYC Chinatown’s early years. Courtesy of Paul Chiu, Museum of Chinese in America (MOCA) Collection.