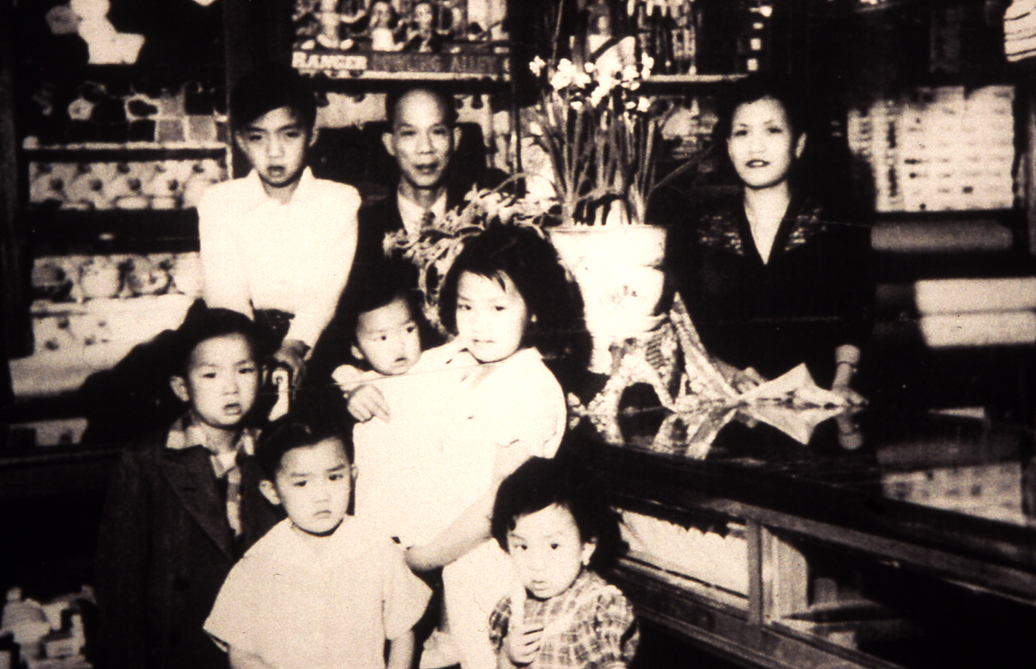 These beautiful photographs from the 1950s through 1990s are of Amelia Lau Carling’s family when they lived in Guatemala. Amelia, one of six children and a small child at the time of the older photos, immigrated to the U.S. in 1966 and became an art director, author, and illustrator of children’s books in New York City. Her children’s books are semi-autobiographical and are among the few English-language works published on Chinese in Guatemala, a historically small community numbering just over 3,000 in the 1950s when Amelia was growing up.

Though few in number, Chinese began settling in Guatemala since the late 1800s. The pioneering generation arrived by boat via Puerto San José on Guatemala’s Pacific coast from California after opportunities in mining and railroads dried up in the American West. There, they established themselves commercially in towns along the railroad tracks. As their community grew, they founded a Chinese cemetery in 1906, a Chinese mutual aid association (Sociedad de Auxilios Mutuos de Beneficencia China also known as La Colonia China) officially in 1922, and their own bilingual Spanish-Chinese school in Guatemala City in the 1940s, when war prevented them from sending their children to be educated in China. Ultimately, it was the outbreak of war and Japanese invasion which compelled Amelia’s parents, as a newly wed couple, to flee their village of Nine Rivers in the Pearl River Delta in 1938 and settle in Guatemala. Male relatives of the Laus immigrated to Guatemala in an earlier wave, as oral accounts remembering Chinese-owned stores in Guatemala City during the 1920s included that of J. Roberto Lau along la 5a. avenida (Fifth Avenue) zona 1. J. Roberto Lau was Amelia’s uncle, her father’s older brother. These relatives helped Amelia’s family get settled, navigate Spanish, and legally set up a business. The relatives created a company called “J. Roberto Lau y Cia. El Bien Mutuo” which, when Amelia was growing up, consisted of two stores of the same name. One, on 9a. avenida (Ninth Avenue), was run by Roberto Lau and the other, on 5a. avenida, by his younger brother, Rodolfo Lau. El Bien Mutuo means “For Mutual Benefit.” In the 1960s, the decision was made to dissolve the partnership of decades, and Rodolfo’s store was renamed Almacén Rodolfo Lau. The store remained on 5a. avenida but later it was moved to a nearby locale on 16 calle. As can be discerned from the posted advertisements, signage and store displays in subsequent photos, they sold fabric and other sewing materials with which Guatemalan Mayans wove their signature vibrantly colorful clothes and textiles. Drawing from these photos and her memories, Amelia wrote Mama and Papa Have a Store, a children’s book translated into the Spanish-language La tienda de mamá y papá. In it, she shares with vivid illustrations a slice of 1950s Chinese Guatemalan life and her childhood playtime adventures with siblings in the family store, a center of community life in Guatemala. 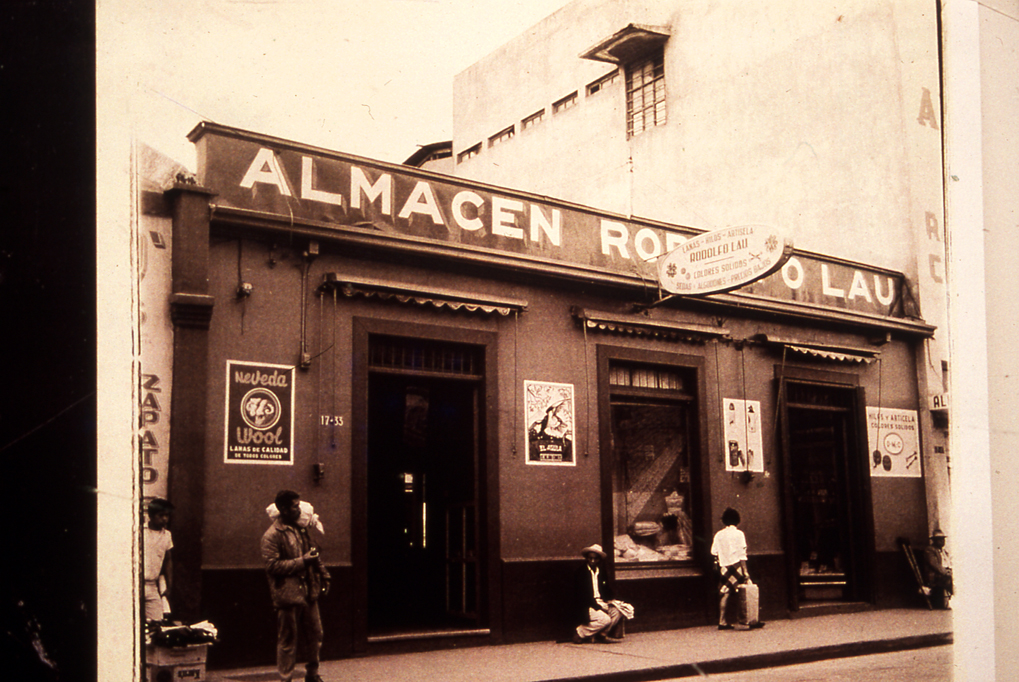 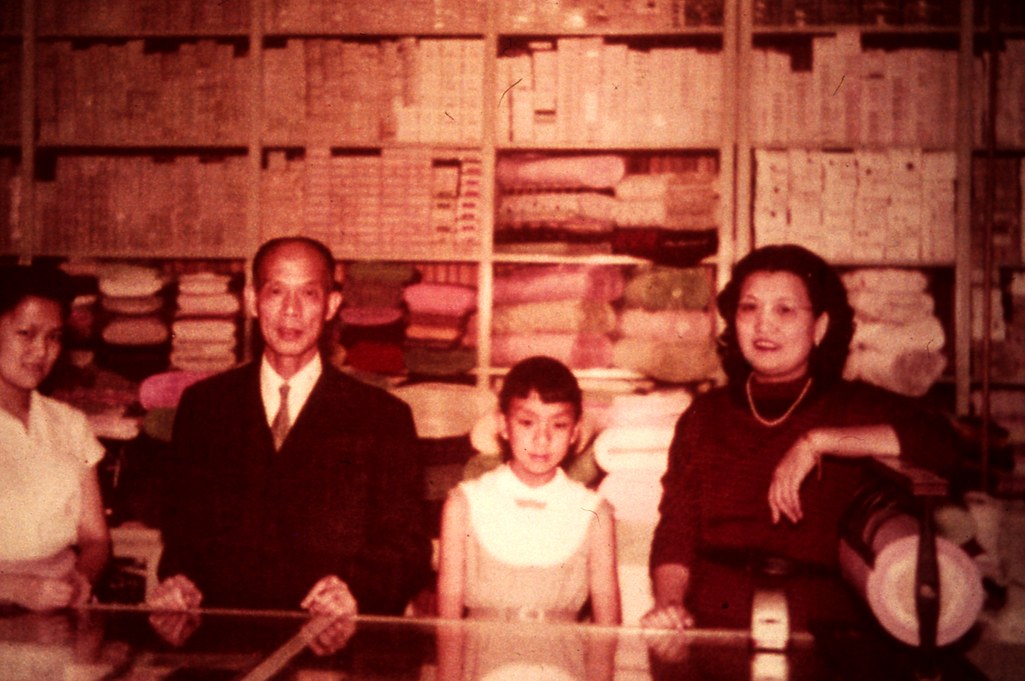 2011.031.015 Amelia’s two sisters and her parents behind the counter of El Bien Mutuo store on 5a. avenida in Guatemala, 1950s. In this photo are, left to right: Gloria, Don Rodolfo (Amelia's father), Esperanza, and Doña Graciela (Amelia's mother). Courtesy of Amelia Lau Carling, Museum of Chinese in America (MOCA) Collection. 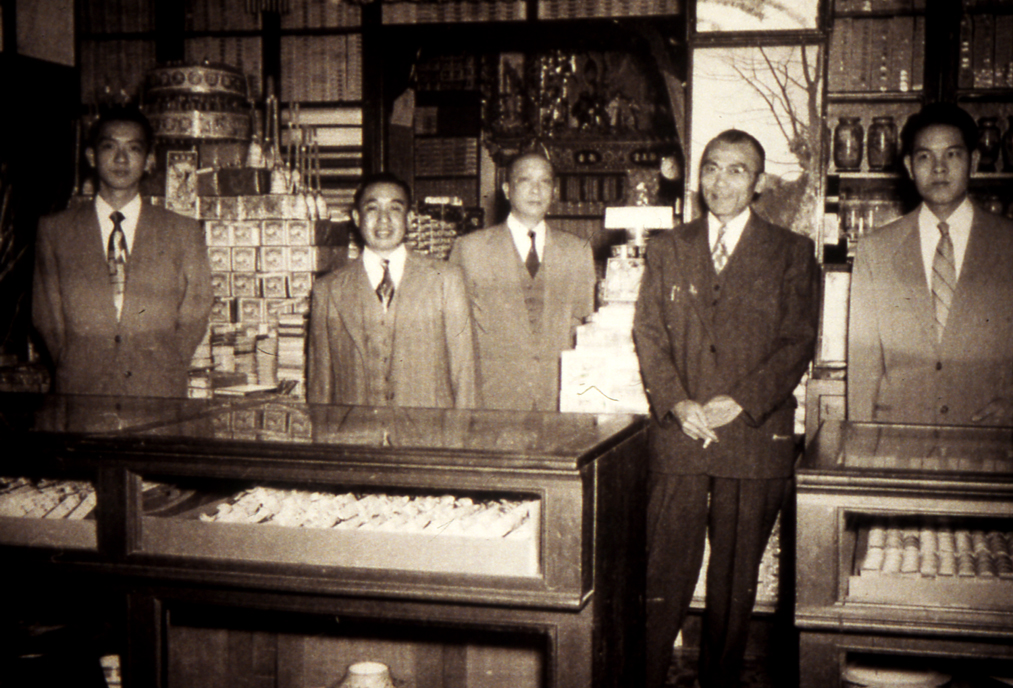 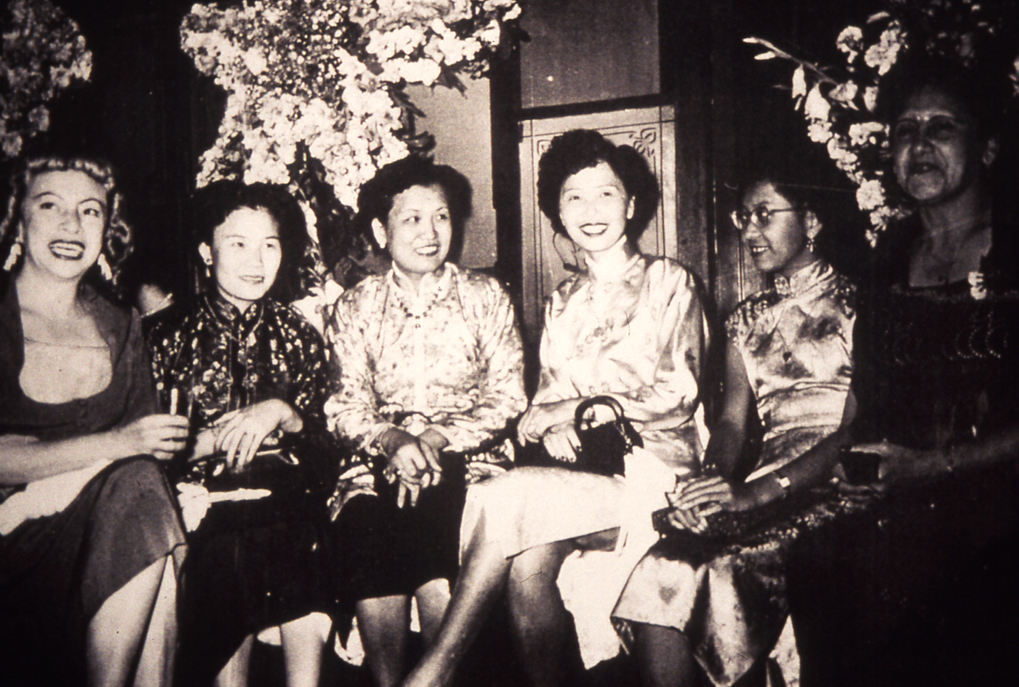 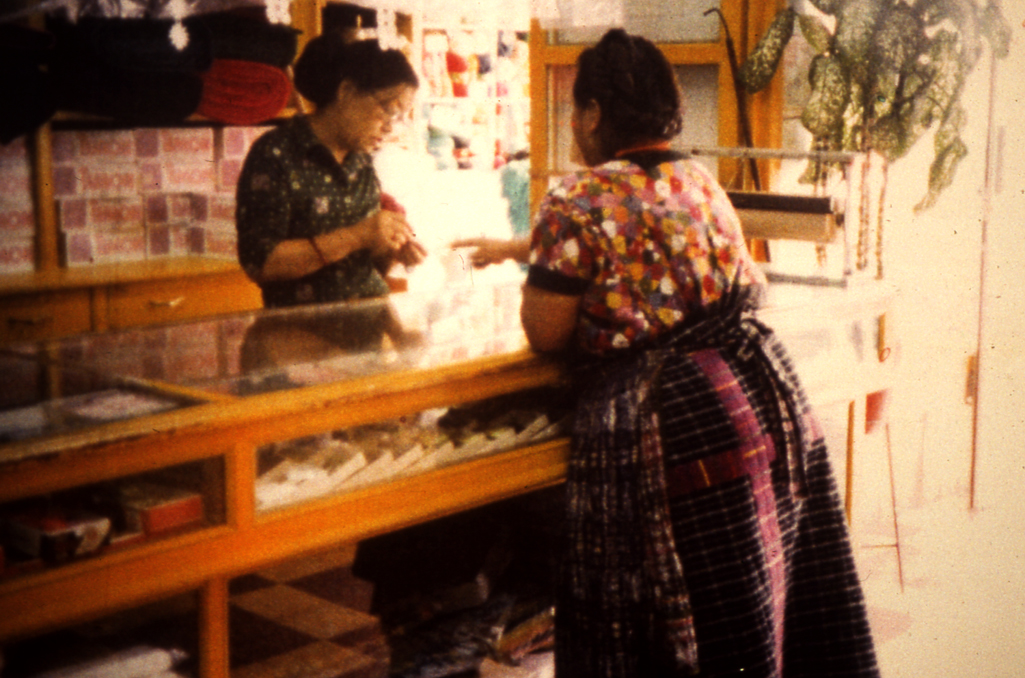 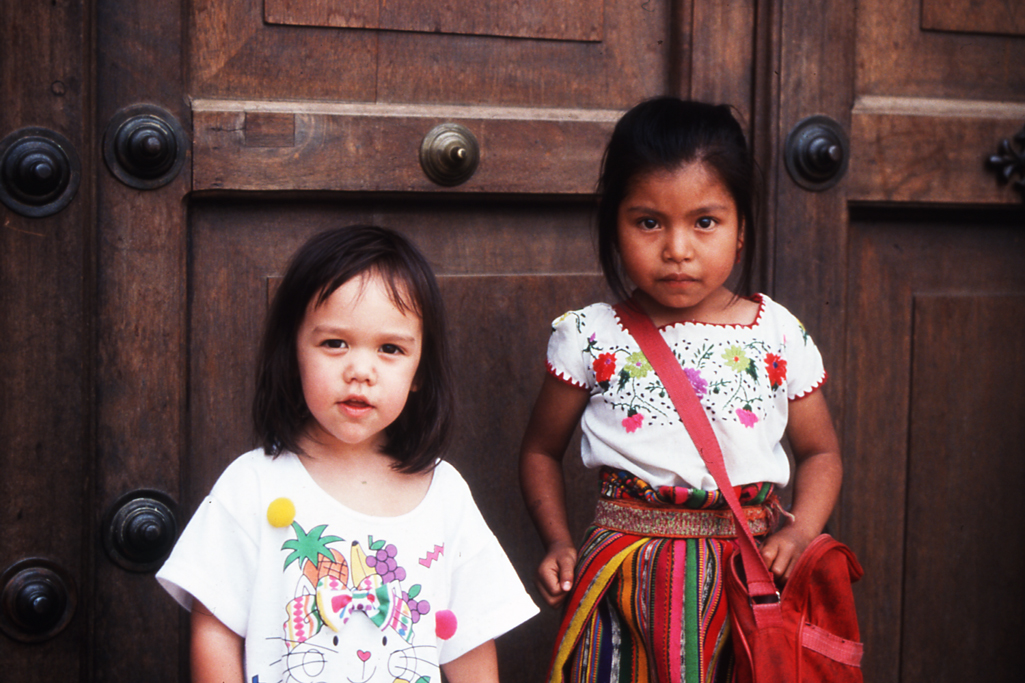 2011.031.030 Ana Meili Carling, one of Amelia’s daughters, next to a Mayan girl in Antigua, Guatemala, 1992. Courtesy of Amelia Lau Carling, Museum of Chinese in America (MOCA) Collection. 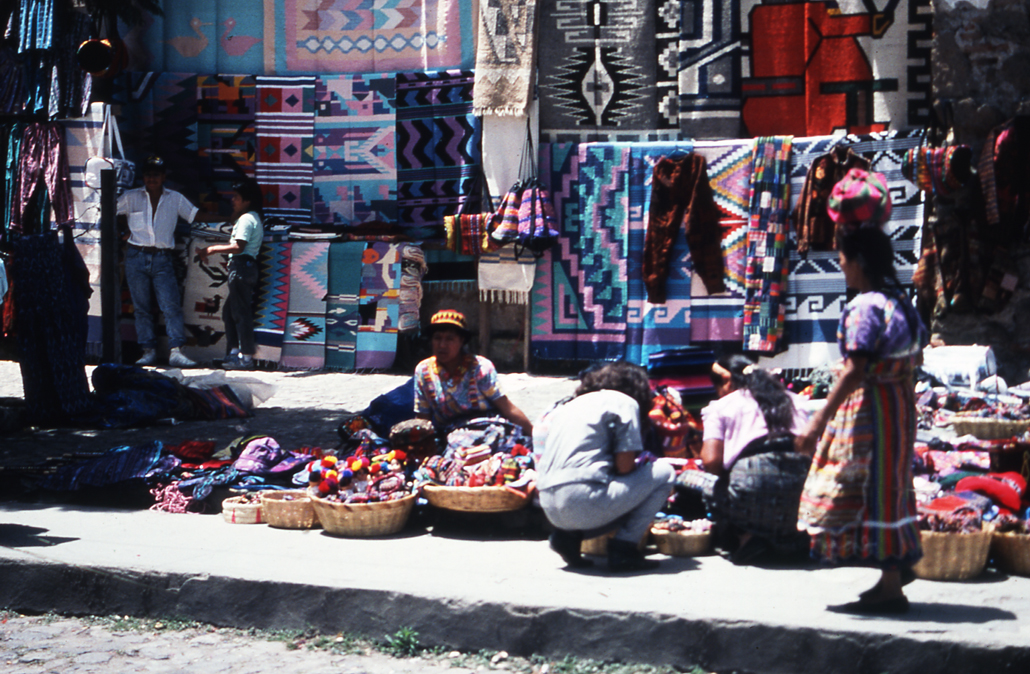 2011.031.010 Street vendors in Antigua, Guatemala. These are examples of the colorful textiles woven by Mayan women who purchased fabric and thread from the Lau family's store. Courtesy of Amelia Lau Carling, Museum of Chinese in America (MOCA) Collection. 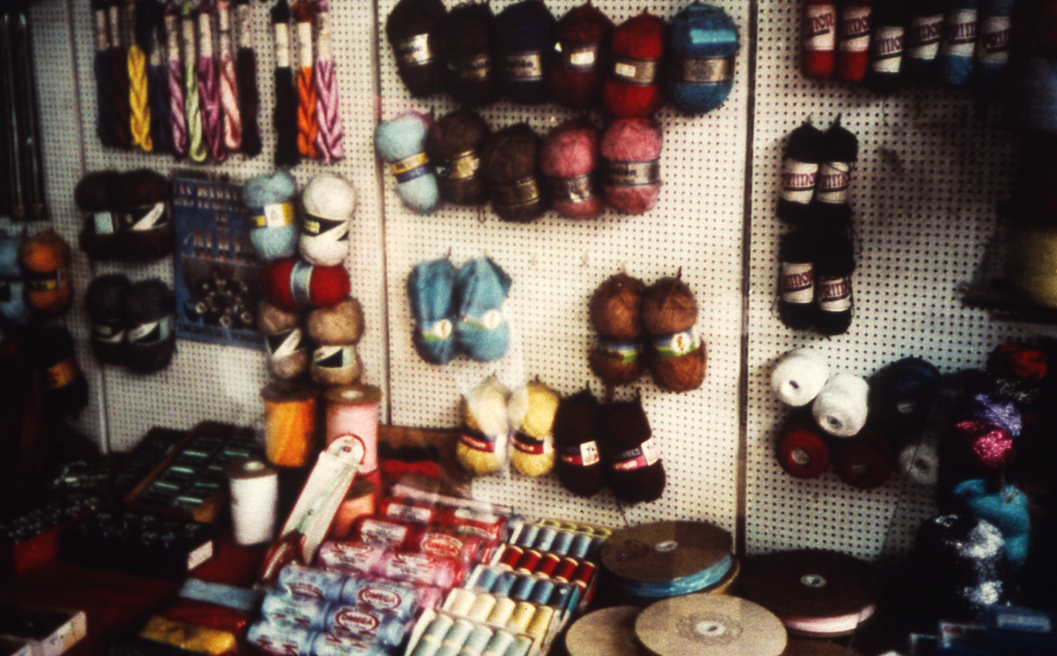 2011.031.033 A window display in the last location of Almacén Rodolfo Lau, on 16 Calle zona 1, in Guatemala City, 1981. The display is full of different types of colored yarn and colored thread. Courtesy of Amelia Lau Carling, Museum of Chinese in America (MOCA) Collection.