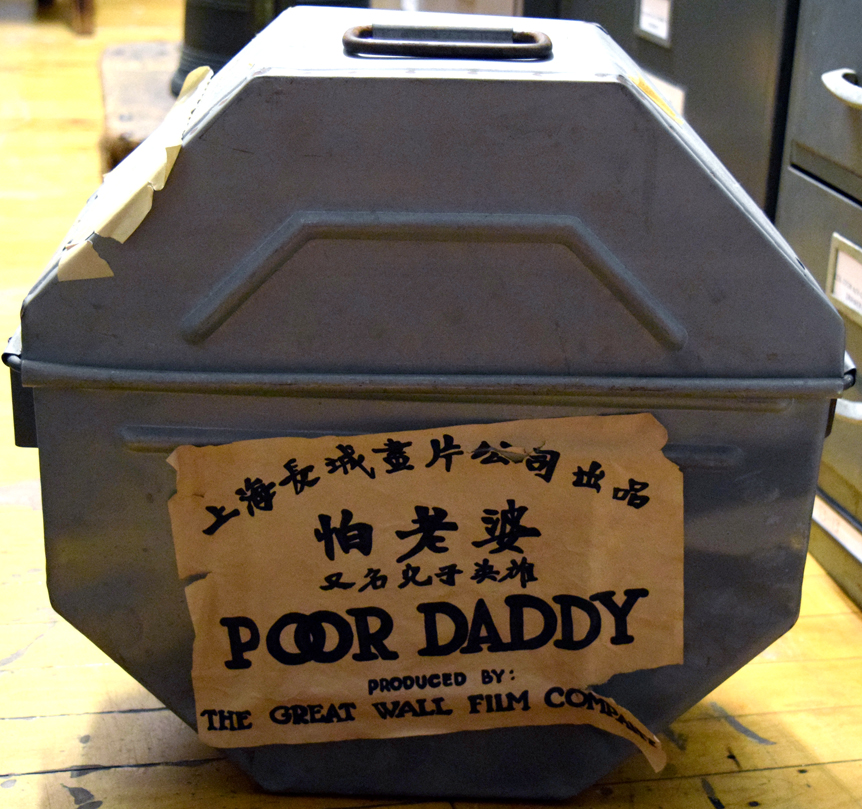 When Chinese community leaders protested yet another racist portrayal of their community by Hollywood in its 1921 adaptation of “The First Born,” the National Review Board of Motion Pictures responded dismissively and suggested that if they wanted to see something different, they should start making their own films. Fueled by a desire to provide an alternative to the sole option of Hollywood, a group of New York Chinatown businessmen and Chinese international students set out to do just that. With an initial capital of $200,000, they formed the Great Wall Film Company (长城影片公司) and began shooting out of a studio at 2409 Crospey Avenue in Bath Beach, Brooklyn. In 1923, the company relocated to Shanghai, which by the end of the decade had become referred to in the press as “China’s Hollywood.” During its peak years, its foreign concession was reportedly home to “100 odd” Chinese-owned film studios and training schools, among them Star Motion Picture Company (明星影片制造公司), Tianyi Film Company (天一影片公司), and Kwang Hua Film School (光华电影学校). Collectively, they produced some of the first motion pictures which brought to movie-goers in China and Chinatowns characters and storylines more positively reflective and respectful of their culture and experiences. Scant evidence left behind indicate that through film exchanges these movies circulated as far as Chinese communities in Latin America as well as North America and Southeast Asia. Additionally, films of not just Chinese but also Chinese American filmmakers featuring diasporic identities and the modern woman as protagonist, such as those of San Francisco Chinatown’s Esther Eng (伍锦霞), could find success in both Hong Kong and the United States in the 1930s and 1940s.

The vintage industrial film reel canister above contains one of the few surviving films from this largely forgotten nascent era of Chinese/American filmmaking. “Poor Daddy” (怕老婆/ 又名儿子英雄), an original slapstick comedy produced by the Great Wall Film Company in 1929, was but one of the company’s more than thirty known films. Until its bankruptcy in 1930 due to the Great Depression, it was considered one of the most successful and prolific in China’s fledgling film industry. Among its accomplishments was being credited with elevating the first Chinese female scriptwriter (Pu Shunqing 濮舜卿, a champion of gender equality and women’s liberation, for “Cupid’s Puppets” in 1925), for producing the first animated film on Chinese subjects in 1927, and for producing an impressive ten films in one year (1926) when the annual output of other studios was two or three. 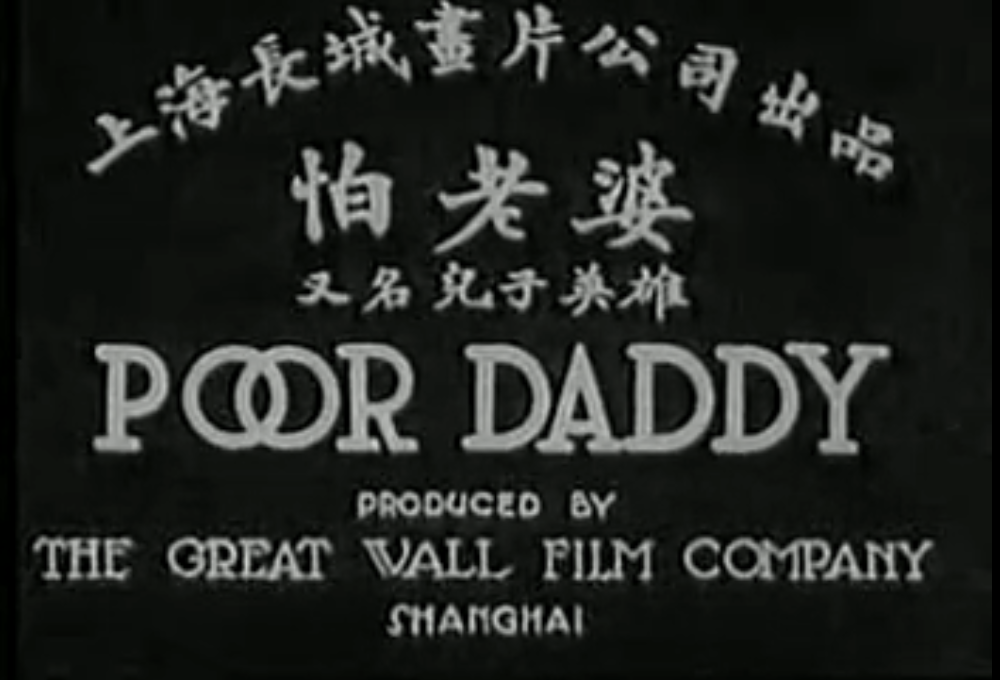 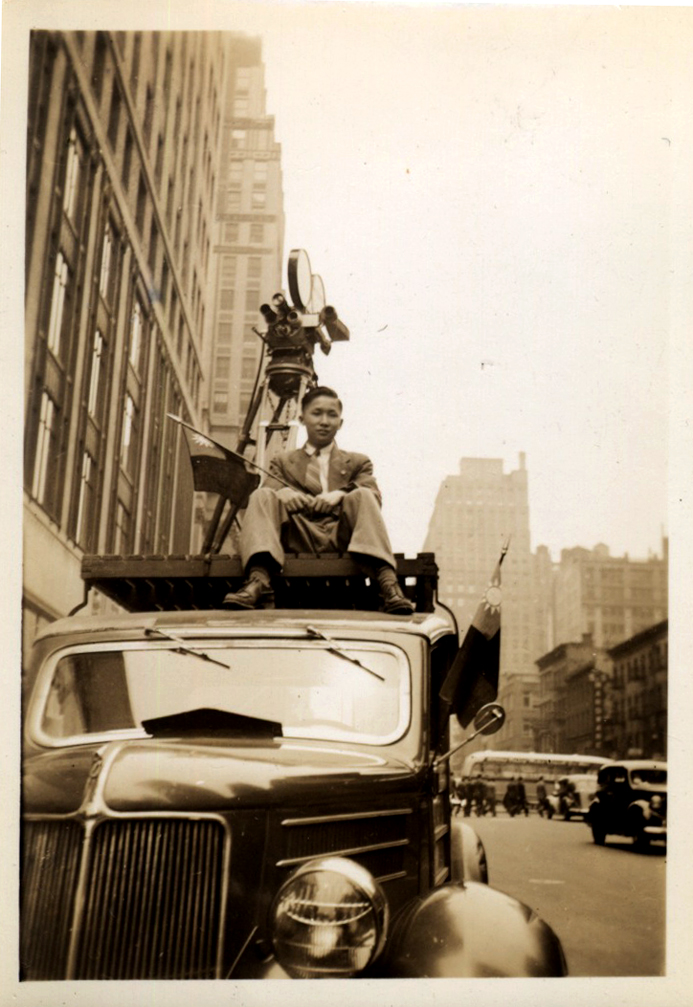