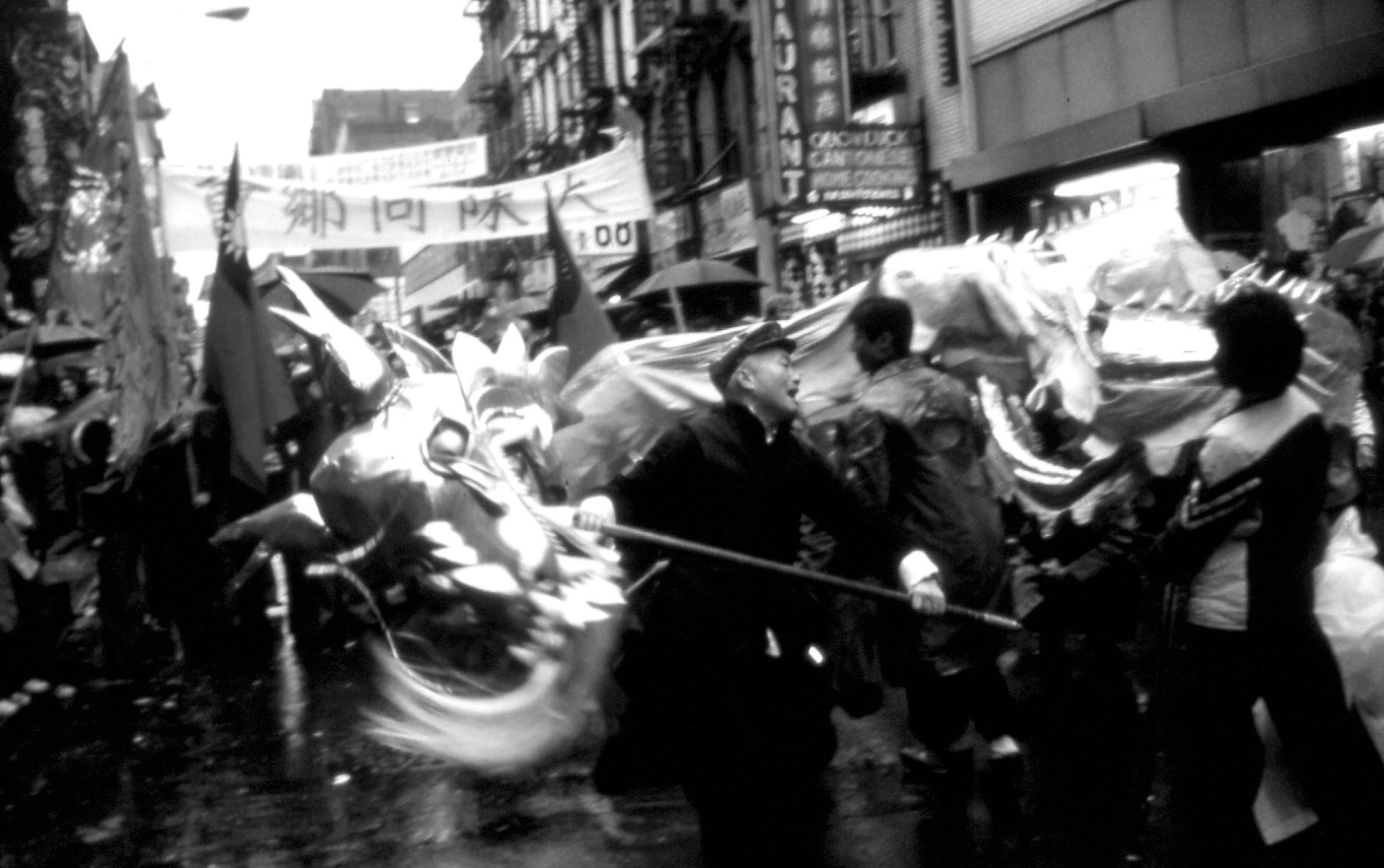 Chinese conceptions of dragons and dragon dancing have various mythical roots. The legendary emperor Huangdi (c.2704–2599 BCE) was said to have incorporated elements of neighboring tribes’ emblems into his own as he conquered and unified them, creating a composite creature believed to be a precursor of the dragon. In Chinese mythology, the dragon was also believed to a spirit which controlled life-giving water. In accordance with this belief, Han Dynasty (206 BC–220 AD) texts describe the performance of different forms of dragon dance through which drought-stricken communities ceremonially appealed for rain. In more modern times, the dragon has come to be associated with luck and fortune, and the mythical dragon dance, believed to bring good luck and prosperity to the participating community, has become a quintessential part of Chinese Lunar New Year festivities, notably in diasporic communities. As early as the Gold Rush era and into the present, Chinese immigrants celebrated the new year with vibrant parades in which auspicious dragon dancing figured prominently.

The historical photograph and archival video above, dating from 1977 to 1979, capture two such dynamic dragon dance performances during Lunar New Year and National Day parades in New York Chinatown. The dragon puppet is manned by members of the Honan Shaolin Association’s Golden Dragon Team, led by the Association’s Master Woo Chai Meng (胡介民師傅), who is clad in black and operating the dragon puppet’s head. A master of the famed Shaolin martial arts, Woo first trained under Master Jian Jin Shan (簡金山師傅) in Shanghai during the 1920s, then under Master Song Yi Shan (宋益山師傅) in Hong Kong ca. 1935. In the 1970s, when kung fu fever swept across the U.S., inspired in large part by the popularity of Bruce Lee films, Woo was called upon to found a branch of the Association in New York to preserve and propagate the 1,500-year-old Shaolin tradition.

Notable in the film clip is the showcase of female members, long present in the history of the Association as well as in Chinese martial arts. Though certainly a predominantly male field, beginning in the 1920s, a pop culture explosion of martial arts novels featuring female heroines, as well as the efforts of women martial artists such as Chen Shichao and Mok Kwai Lan (widow of cultural hero Wong Fei Hong), helped institutionalize martial arts programs for girls in schools and carve out enough of a professional space for female practitioners such that in 1936, when women were first allowed to represent China in the Olympics, three of the five competed as martial artists.