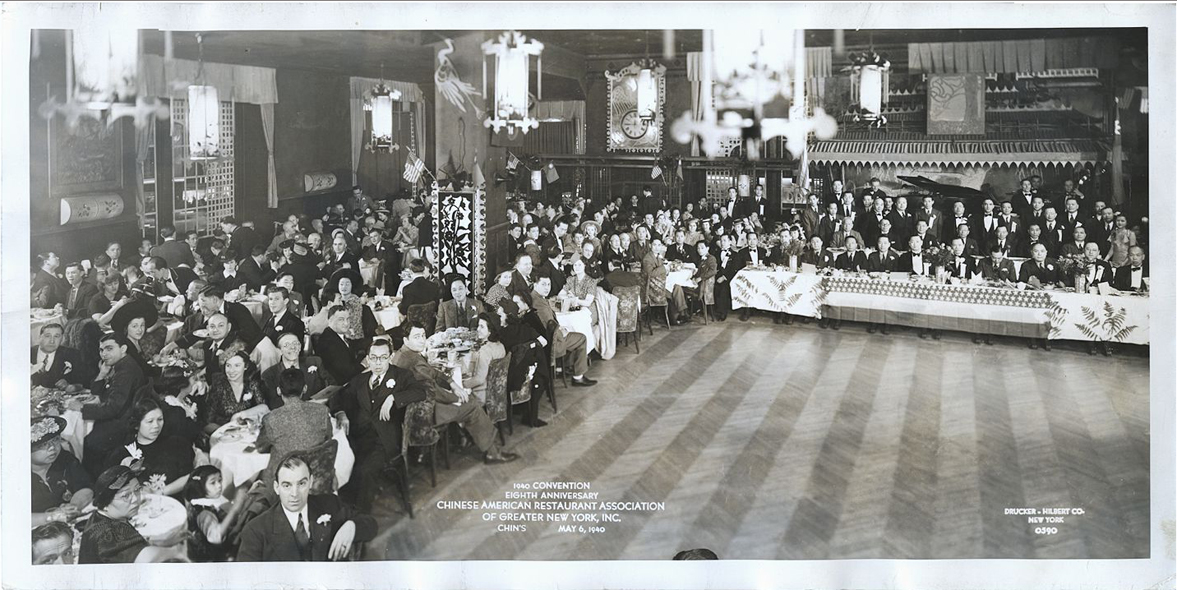 If you would like to make a contribution towards the conservation of this photograph, please click to navigate to MOCA’s Sponsor an Object Donate Page and be sure to type in “CARA Banquet Photo” (for short) as the Object Name. 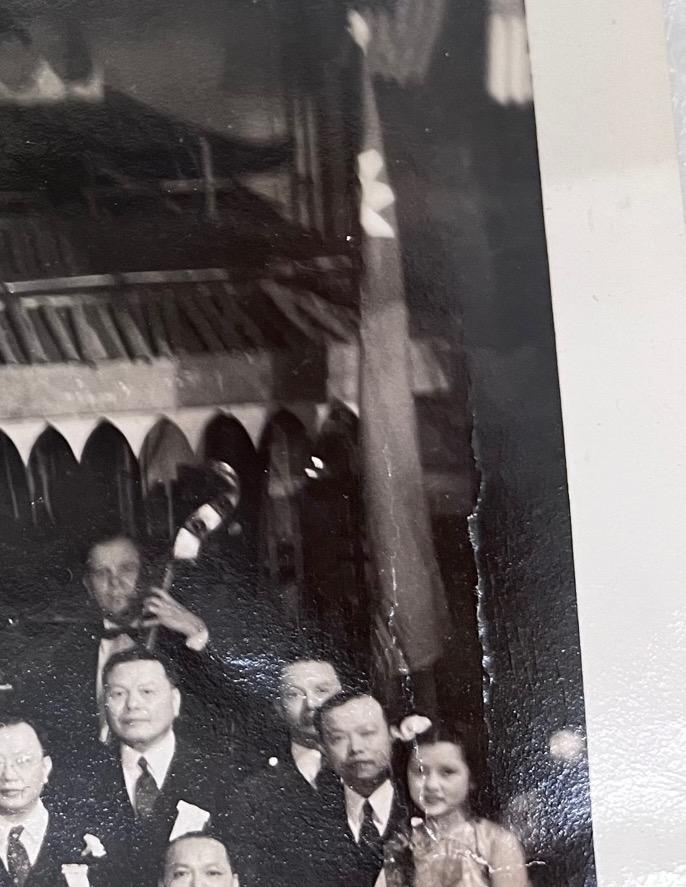 Right edge of photo where cracking of gelatin can be clearly seen. 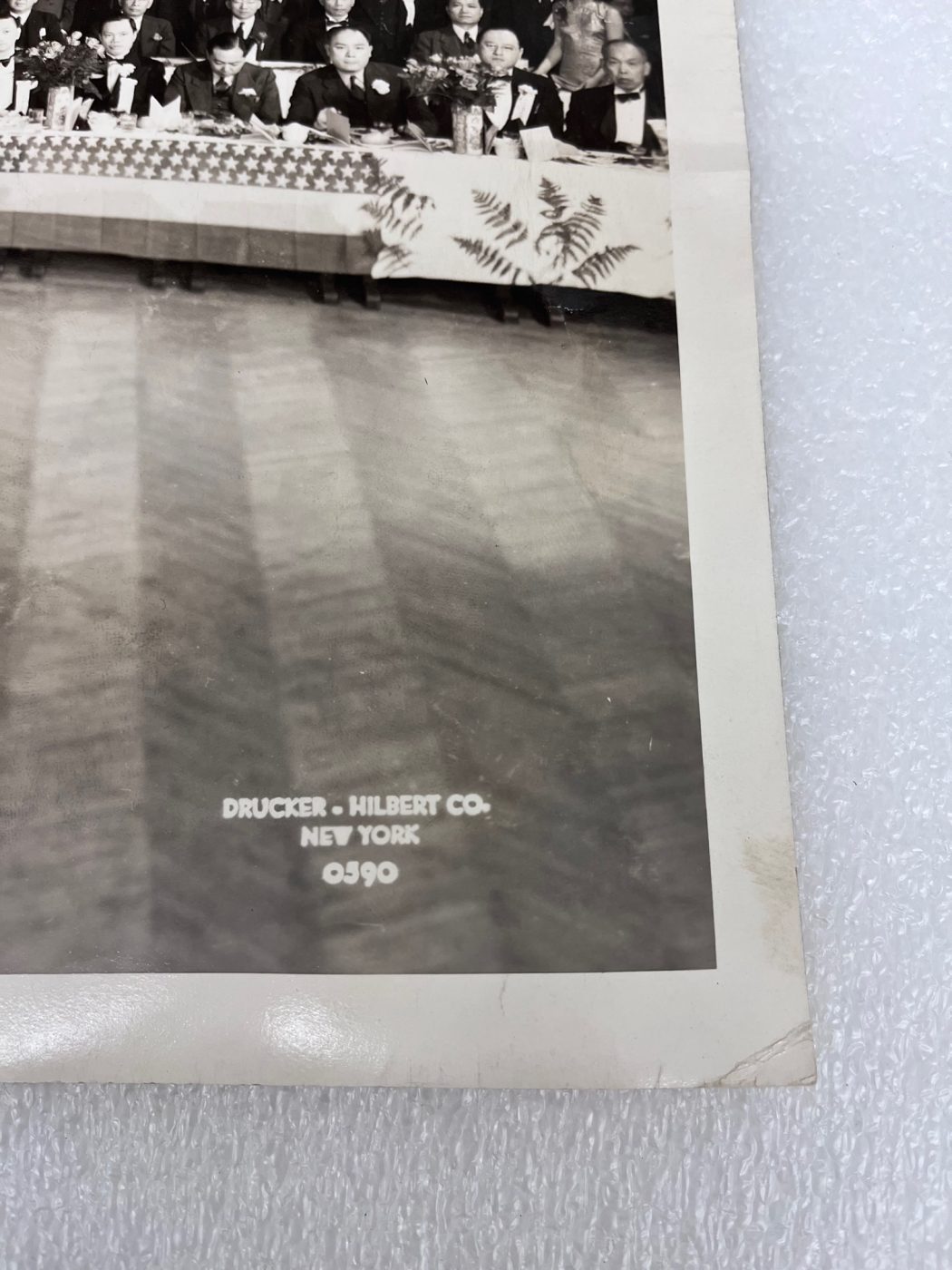 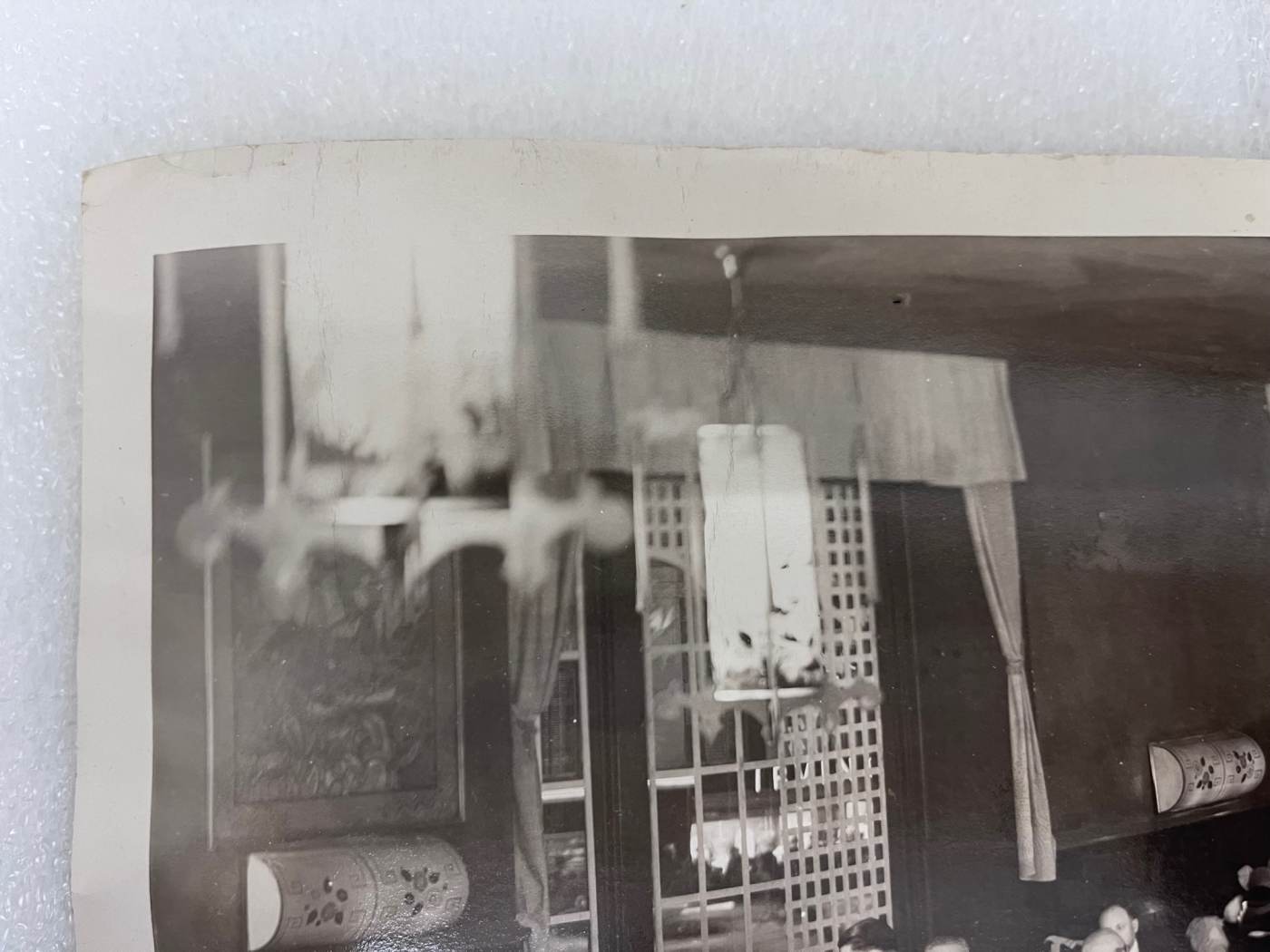 The edges of this photograph would especially benefit from surface cleaning and flattening.

This photograph was taken to commemorate the 8th Anniversary and 1940 Convention of the Chinese American Restaurant Association of Greater New York (CARA). CARA’s founding in 1932 was precipitated by the devastation wrought to the Chinese restaurant industry by the Great Depression. During the 1930s in New York City, some 300 Chinese restaurants struggled to keep employed more than 4,000 workers. The industry was among the first and hardest hit, with 150 restaurants already forced to close in 1930. Believing they could better survive shared hardships through collective effort, they formed a trade guild which extended membership to both restaurant owners and workers. Among CARA’s functions were centralizing and disseminating information about available job opportunities for workers, and investigating business climate and product price information for owners. CARA also translated tax codes into Chinese to encourage broader compliance and identification of restauranteurs as a powerful constituency of taxpayers. It also mobilized community support for New Deal programs such as the National Industrial Recovery Act (NIRA). NIRA created the National Recovery Administration (NRA), which drafted industrywide codes of fair competition designed to balance the needs of producers, workers and consumers by protecting the right to unionize and setting standards for profits, wages, and prices.