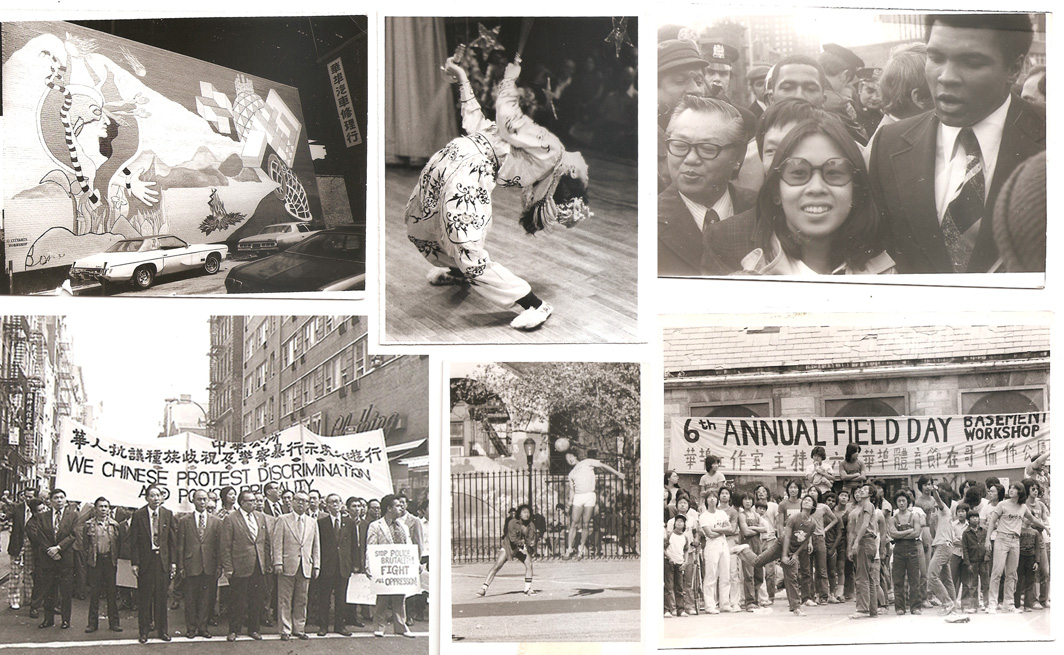 Collage of photographs taken by Emile Bocian of various Chinatown events and streetscapes digitized before the fire. Museum of Chinese in America (MOCA) Collection.

A $25 donation would help us professionally treat and save 4 photos!

If you would like to make a contribution towards the conservation of these photos, please click to navigate to MOCA’s Sponsor an Object Donate Page and be sure to type in “Chinatown Community Historical Photographs” as the Object Name. 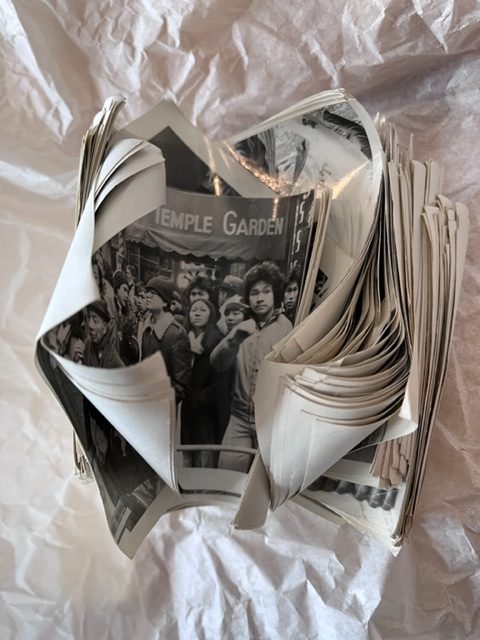 A group of Emile Bocian photographs that have severely curled due to exposure to water used to put out the fire. 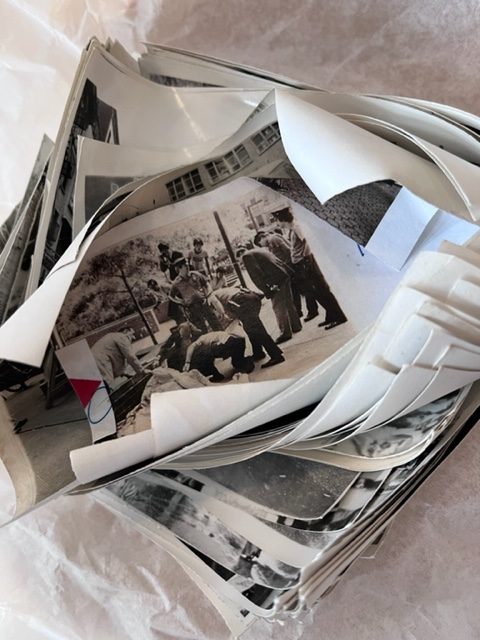 Another group of Emile Bocian photographs that have severely curled due to exposure to water used to put out the fire. 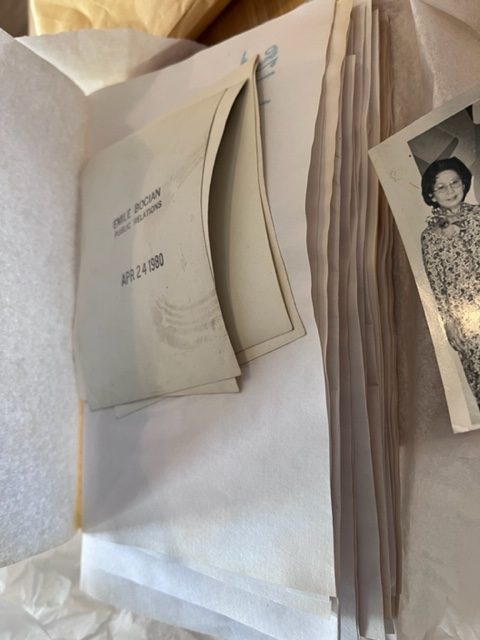 An example of photographs being housed in copy paper folders. 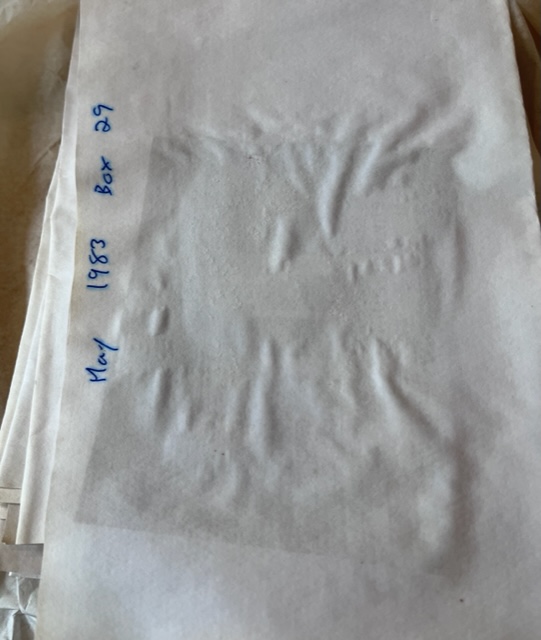 An example of a photograph that has stuck to its copy paper folder. Separating the photo without damaging it requires delicate professional conservation treatment. 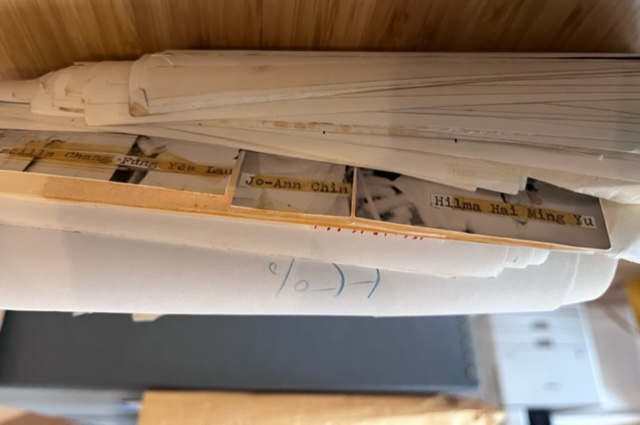 An example of caption labels that are adhered to the surface of photographs with pressure-sensitive tape. 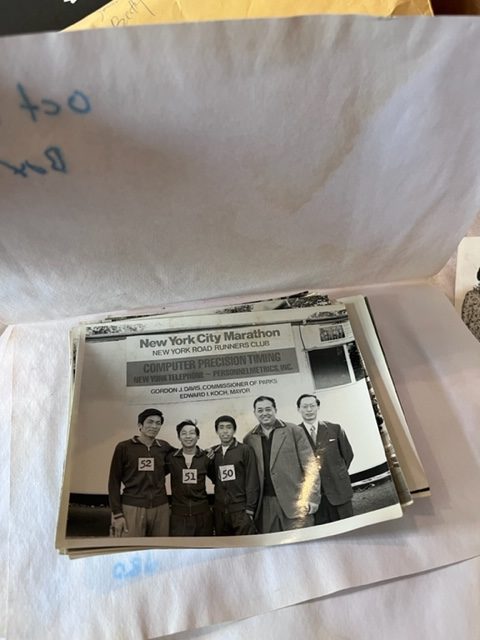 Photograph being housed between folded copy paper. Note the dirt and mold staining on the paper folder. 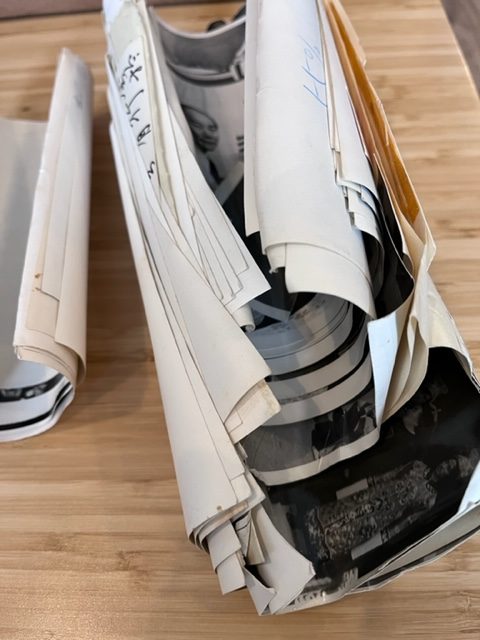 A group of Dr. Betty Lee Sung photographs in a similar state of curling that require professional humidification and flattening treatment so as not to crack the emulsion. 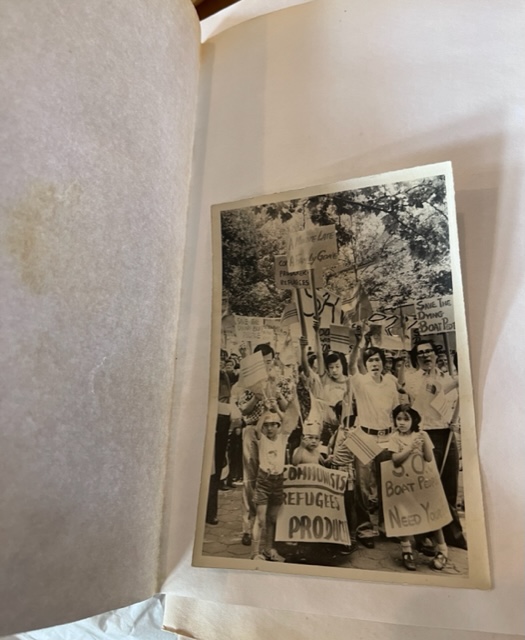 Another photograph being housed between folded copy paper.

This is a grouping of about 375 silver gelatin black and white photographs, about three-fourths of which are part of MOCA’s 50,000+ photograph collection by photojournalist Emile Bocian and a fourth of which are part of MOCA’s Betty Lee Sung Collection. These particular prints have likely not been digitized, and thus conservation treatment to delicately unstick and flatten the photographs would importantly allow MOCA to save and offer access to prints that are currently stuck to paper or are in a severe state of curling.