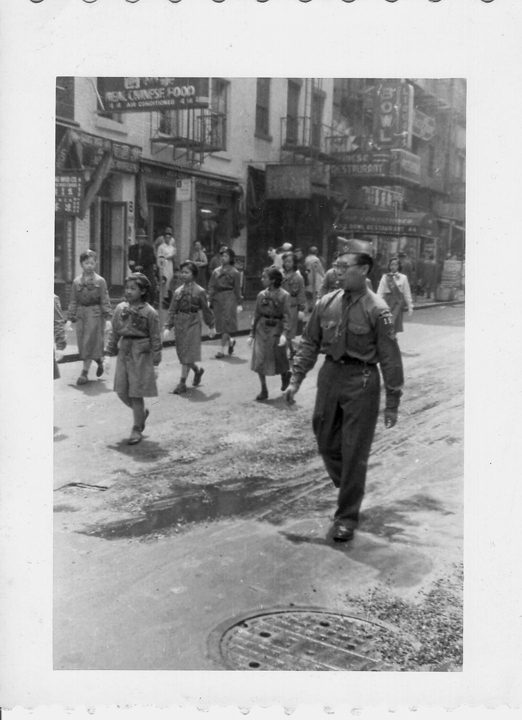 A history of Girl Scouting in Chinatown has yet to be written but according to what can be pieced together from fragmentary historical sources, New York Chinatown was the first community of Chinese in America in which the Girl Scouts made successful inroads. During the Progressive Era, reform-minded middle- and upper-class white women and “girls of Fifth Avenue,” most likely affiliated with the Girl Scouts’ national headquarters on Fifth Avenue in New York, ventured into the immigrant neighborhood of the Lower East Side with active outreach efforts. By 1920, they had organized several Girl Scout troops in New York’s Chinatown in spite of perceived “resentment” on the part of the girls and their parents. That same year, thirty girls from Chinatown troops participated in a Girls Scouts Week parade as part of a national fundraising campaign to raise more than $1,000,000 to furnish equipment to expanding lower income troops. Suggesting a language in addition to class barrier, mothers of Chinatown troop members insisted that a poster be prominently printed in Chinese explaining the event and activities so that they could understand it. Chinatown troops appear in the news again in a 1943 Girl Scouts ceremony to aid China relief efforts. At the ceremony, Judith Moy of Troop 174, Church of All Nations, Chinatown, presented a bouquet of gardenias to Madam Wei Tao-ming, wife of the Chinese Ambassador to the US, while Lee Budd of Troop 3-22, Brick Presbyterian Church, Park Avenue and 91st Street, presented a $7000 check. The check reportedly represented 700,000 pennies, “a penny contribution by nearly every American Girl Scout,” and was earmarked to support one of Madam Chiang Kaishek’s war orphanages near Chungking. Outside of New York, Girl Scouting in Chinatown communities took root rather slowly. The first troop in Boston’s Chinatown was inaugurated in the Chinese Mission in 1932. In 1941, the Chicago Tribune reported that Mrs. Robert Goo was Scout leader of Chicago Chinatown’s only Chinese Girl Scouts troop, formed just four years earlier.

The first featured image shows a man wearing a scouting uniform leading a group of Girl Scouts down a street in New York’s Chinatown. The girls are wearing 1940s era Girl Scout uniforms. The scant written records suggest that the history of the first generation of Chinatown Girl Scouts may have been one entwined with assimilation and reform efforts which were not always welcomed. However, the scrapbook photos capturing the Girl Scouts Troop “True Light” in the 1950s suggest that for the young girls and adult women scout leaders, membership could bring with it meaningful leadership opportunities and female camaraderie, role models and character-building, wilderness training and adventure, and service to their local community. 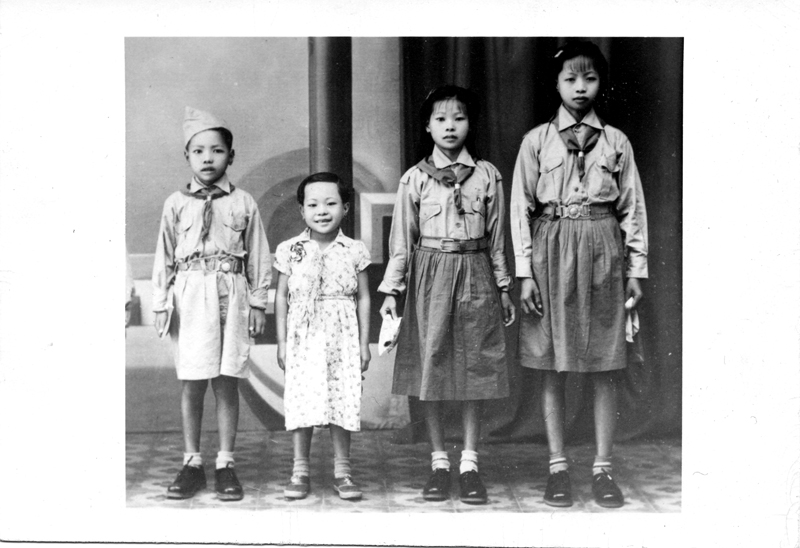 2012.013.007 Portrait of two Girl Scouts, one Boy Scout, and a small child. Museum of Chinese in America (MOCA) Collection. 两个女童子军、一个男童子军和一个小孩的肖像。美国华人博物馆（MOCA）馆藏。 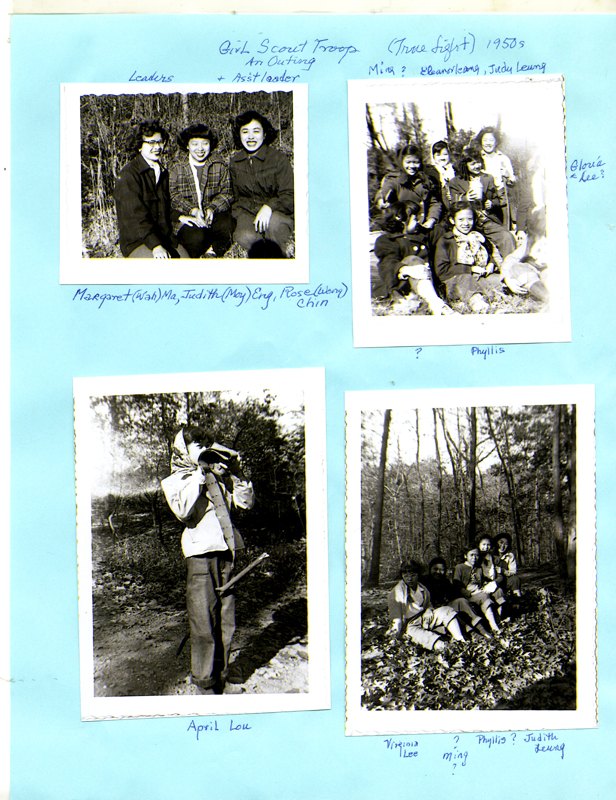 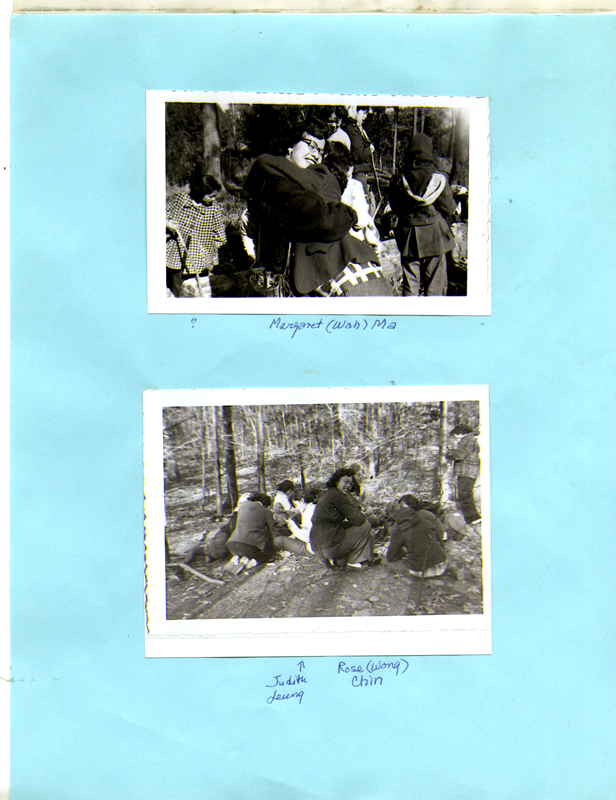