This week, we feature a collection of early to mid-20th century shellac records acquired as a gift from May and Harry Yee. This collection of over 212 records and assorted album inserts, lyrics, and sheet music was originally owned by their father, Sun Chuck Yee. Born in 1913, Sun Chuck Yee emigrated from Taishan, Guangdong, China to Toronto, Canada following the Chinese Communist Revolution. In the early 1960s, he returned to China to marry May & Harry’s mother before moving first to California before settling in New York City, working as a restaurant cook. Throughout his life, Mr. Sun collected these shellac opera records and kept them with him from his time in China to when he settled in the United States. May and Harry’s mother continued to hold on to these records for another 30 years after Mr. Sun’s passing before the family decided to donate these historic materials to MOCA.

Shellac discs were a common analog audio medium in the early to the mid-20th century and behaved similarly to the still present vinyl/LP records being bought and sold in the present day. Given the recent surge in popularity of vinyl records/LP, many readers would already be familiar with how these analog audio discs play. To summarize the process (without getting too technical), to produce music from analog disc records, a needle must be placed on the disc where it runs into the grooves cut into the medium. The mechanical vibration of the needle as it is traveling along the length of the disc groove is transformed into electrical energy and transmitted to an amplifier. The amplifier then translates the electrical signal to create a “louder” sound that can be heard by us, the listeners, through speakers.

While shellacs and vinyl behave similarly in playback function, they drastically differ in material composition, handling, and equipment necessary to play the audio. Shellac records are commonly referred to as “78s” and were manufactured from the 1890s to the late 1950s. These discs are made of shellac in addition to filler materials that vary depending on manufacturer and period but would often feature a mix of resin, silica, paper, and gum as additives. 78s are considered to be relatively stable audio sound recordings but do become more dense and brittle over time as the materials shrink and become denser from a slow condensation. As a result, they are prone to chipping and breaking and become progressively more fragile as time passes. Shellac discs are most commonly manufactured as 10″ discs and require a specialized needle (different from vinyl styli) to play. Additionally, the most common playback speed for shellac is 78 rotations per minute (thus the name common name “78”), unlike vinyl which often utilizes the more familiar standard of 33 1/3 or 45 rpm. Shellacs were phased out in favor of vinyl which were lighter, had longer playtime per side, and were less prone to damage from handling/cleaning.

An example of cracking of shellac records. Damage most likely sustained from supporting too much weight on top of the disc when stacked horizontally for storage. Donation courtesy of Sun Chuck and Yu Yuet Yee. Museum of Chinese in American (MOCA) Collection. 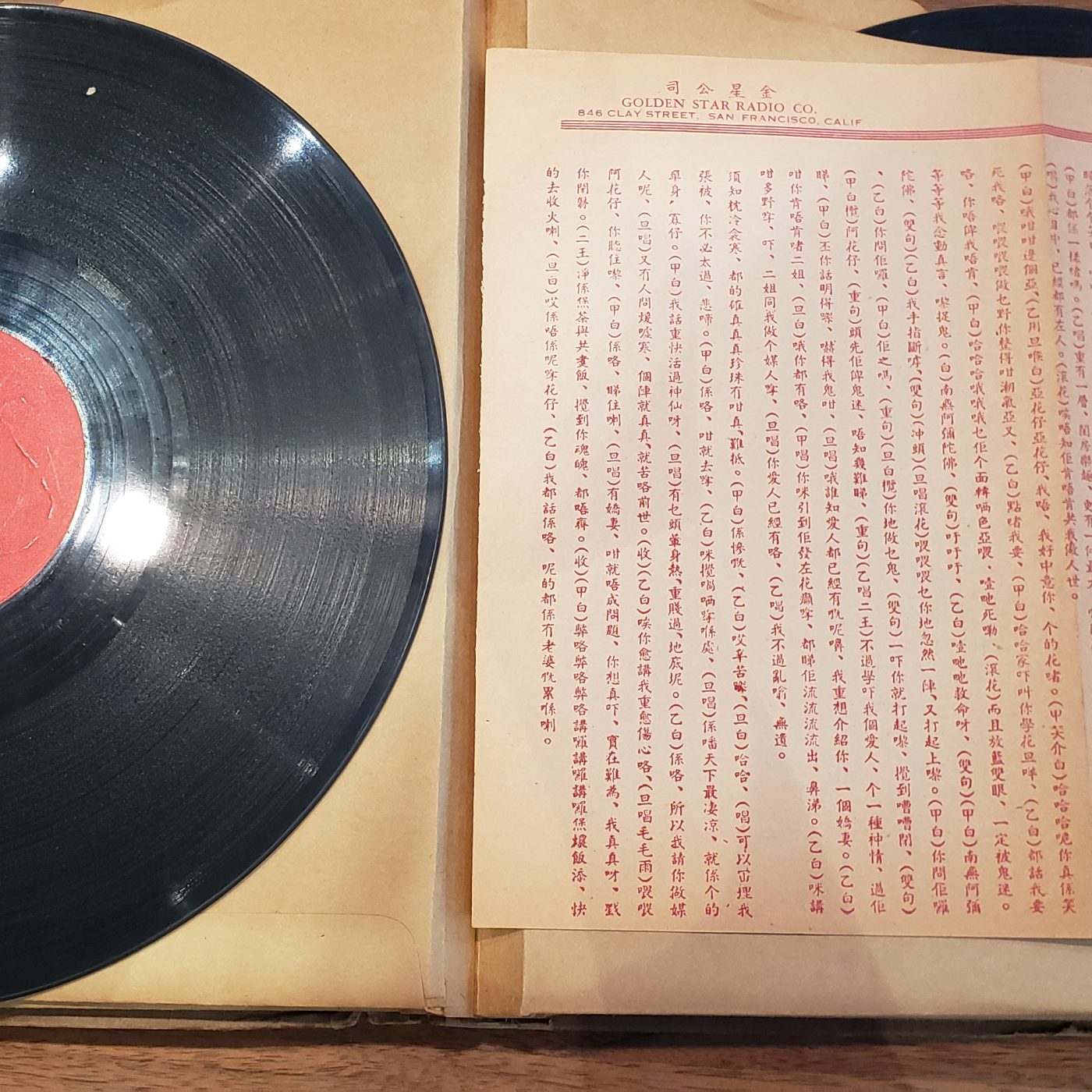