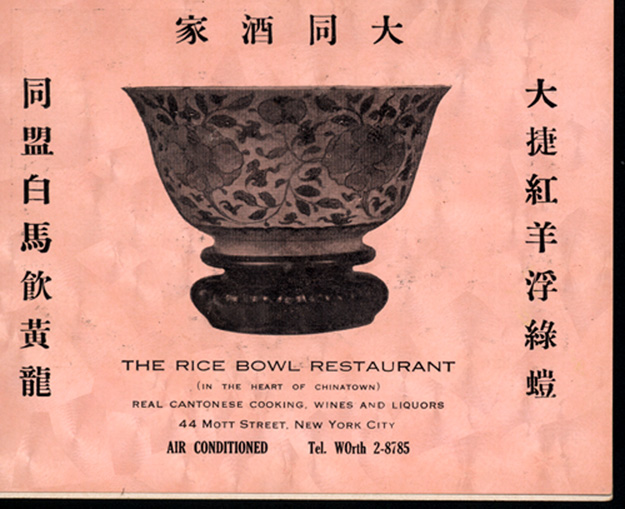 The featured images are just two of many holiday cards and photos found within treasured family collections donated to MOCA. The first two images capture the front and inside of a holiday card that the historic Rice Bowl Restaurant, considered one of Chinatown’s fanciest when it opened on 44 Mott Street in 1939, likely gifted to customers. The front advertises the real Cantonese cooking showcased by the restaurant, while the inside contains a family portrait and birth announcement from its proprietors, the Chin family. Like many Chinese restaurants that remained open, the Rice Bowl and its workers could be counted on to offer patrons a delicious Christmas Day meal.

The last four images are from a page of a scrapbook that Captain Ernest K. H. Eng made using mail he received from home while he was deployed overseas. The Korean War had broken out and Eng was serving in the U.S. Armed Forces Far East Command in Tokyo, Japan. An excerpt from his journal entry, typed on yellow paper, reads: “December 1951…..the greatest gift came from home…a picture of Anita, George and Steven….” Since he couldn’t be home for the holidays, his wife Anita had mailed him a photo of herself and their two young sons to be with him. The family was able to reunite briefly on February 11, 1952 after military families were again permitted to travel abroad. Photos of the happy reunion are included on the scrapbook page. 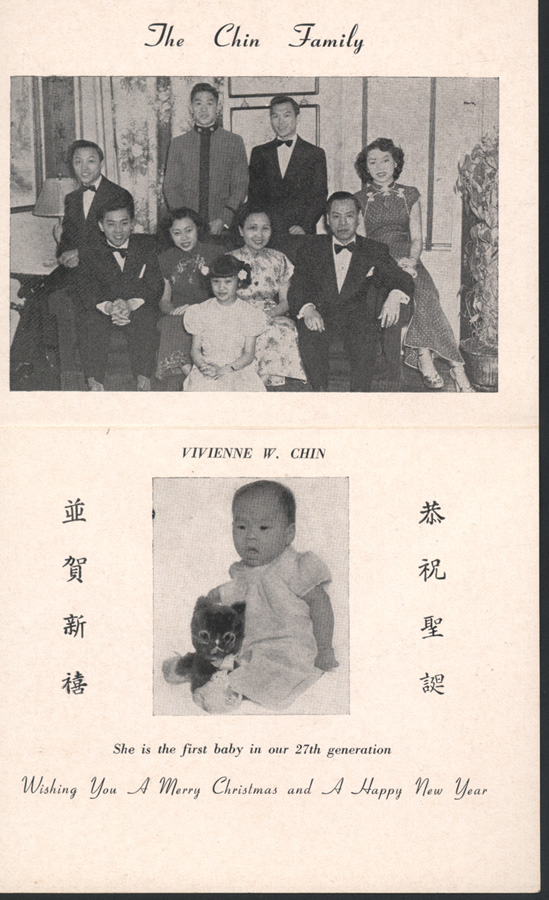 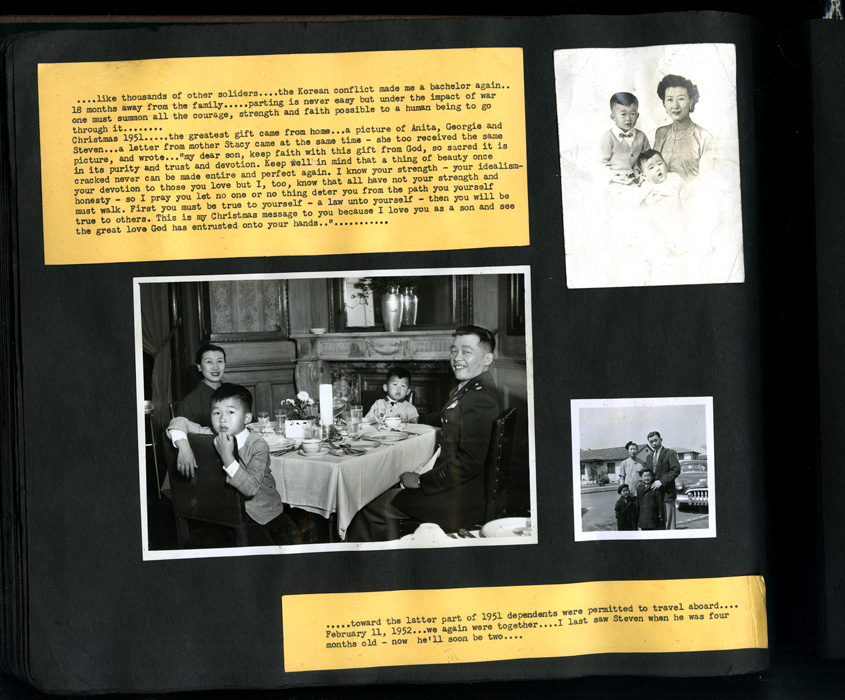 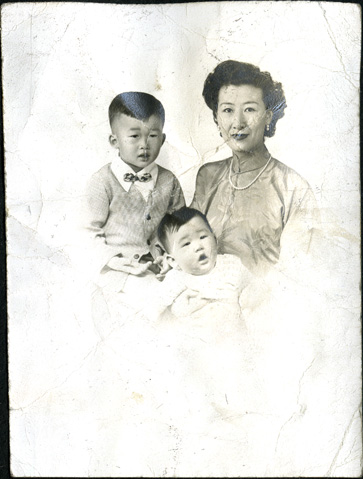