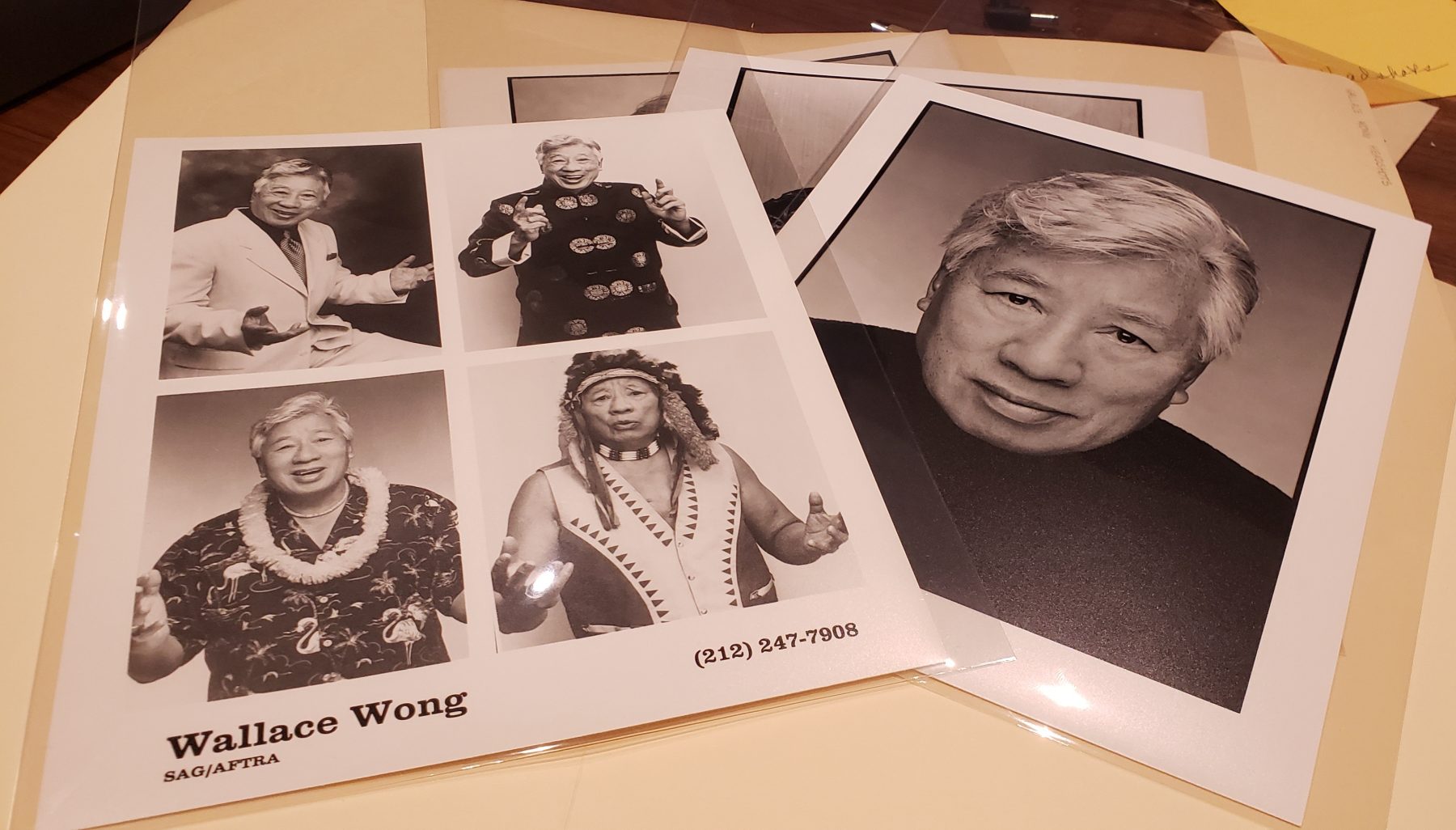 MOCA recently received a generous donation from Mrs. Marilyn Profita, on behalf of the Wallace (Wally) Wong Estate and Lisa Jade Wong, of a collection of items related to Jadin Wong. They include various Jadin Wong scrapbooks, pictures, awards, and a costume. These recent items will be a welcome addition to our existing Jadin & Wally Wong collection, which already has items previously donated by Wally. What makes this particular donation special is that these were items that MOCA has known about for some time and were items that were dearly cherished by Wally Wong. Included in this collection are writings from Wally about himself, Jadin, and how showbiz connected their lives.

Based on the writings, Wally and Jadin have shared a close bond as siblings even though they were 13 years apart in age. Wally describes Jadin as a driven and self-made individual who knew what she wanted to do at a young age. Wally’s earliest memories of Jadin would include nights of arguments between Jadin and their mother, Pauline Wong, over her leaving home to go into show business. Jadin would one day tell him that she “wouldn’t see her for a while” before climbing out her bedroom window to pursue her show business dreams. And Wally would recall that their mother eventually relented, Pauline waited for Jadin to sneak out of her window, handed Jadin $40.00, and told her to take care of herself.

After a few initial years of struggle in Hollywood, Jadin would go on to become a successful performer and actress. Wally’s writings provide some great highlights about Jadin’s career. By the 1950s, Jadin would become an international celebrity, touring the U.S., Europe, and Asia with great acclaim. Wally describes that Jadin’s biggest point of pride during this time was her work entertaining U.S. troops overseas. Jadin would describe to him a particular instance where she had to jump out of a malfunctioning military plane with a parachute on. The plane she had been on crashed but Jadin was able to land safely, albeit slightly injured from landing on a tree. She was rescued from the tree after a farmer discovered her dangling from a branch. She soldiered on after receiving medical treatment and proceeded to join Bob Hope in performing for the troops “to the tune of a standing ovation”.

In a short letter detailing his life experiences, Wally attributes Jadin as one of his main inspirations for pursuing performance arts. He admires her “deep commitment to and knowledge of the performing arts” and calls her a pioneer in the theatrical business as a dancer, comedian, actor, and agent. He also credits her encouragement and support in helping him kick-start his career as a performer. As a long-time friend of Wally’s, Marilyn also describes Jadin as someone who wanted to nurture Wally’s talents and promote his growth as a performer. After his discharge from the United States Army following World War II, Jadin encouraged Wally to use his G.I. Bill benefits to enroll in the San Francisco Conservatory of Music. He attributes his focus on his music studies as a “blessing in disguise” that alleviated many of the PTSD symptoms he acquired during his tour in the Pacific theater during WWII. After he graduated, Wally would begin his 36-year-long career with United Airlines, working in various capacities such as Production Scheduling Supervisor, Industrial Engineering Analyst, and Inventory Control Analyst.

Throughout his life, Wally would find opportunities to involve himself in art and music. During his time in the army and school, Wally would often take the opportunity to sing and perform at military functions, private parties, and hotel banquets. During his time with United Airlines, he would continue to perform and act in musical theater, USO shows, night clubs, and would fly over to New York (where Jadin was) to participate in the “borscht circuit” and television work. One of Wally’s proudest moments in life was his work with Arthur Dong and his film Forbidden City, U.S.A. Wally became involved through Jadin, who suggested to Arthur to contact her brother for additional information regarding herself and the Forbidden City nightclub. Wally assisted Arthur in his research on Jadin and the night club and this ultimately lead to Arthur’s desire to turn his project into a documentary film. Wally would later introduce Arthur and his work to the Chinese Community Center of the Peninsula and help secure funding from the Board through the production of the Chinese Film Festival. The sponsored film festival was a great success, with performances from some of the original members of the Forbidden City nightclub, such as Larry Ching, Paul Wing, and Frances Chun Kan; the proceeds were able to help Arthur finish Forbidden City, U.S.A.

Following his tenure at United Airlines, Jadin would invite Wally to join her in New York in 1990 where she kept Wally busy with work in various commercials, TV, and movies through her connections at the Jadin Wong Management talent agency. According to Marilyn, Jadin and Wally were close throughout their time together in New York. When Jadin suffered a stroke in 2005, Wally took care of her and managed the business on her behalf; when Jadin passed away in 2010, Wally inherited her entire estate and used the inheritance to support the arts in her name. MOCA is one such institution that has benefited from Wally’s and Jadin’s generosity, and therefore it pains us to say that Wally passed away recently last year on May 11th, 2021. We are deeply saddened by the news of his passing and hope to honor his memory by continuing to share and promote the life stories of Wally and Jadin Wong. To browse the existing collection of items related to Wally and Jadin, please access our PastPerfect database here. 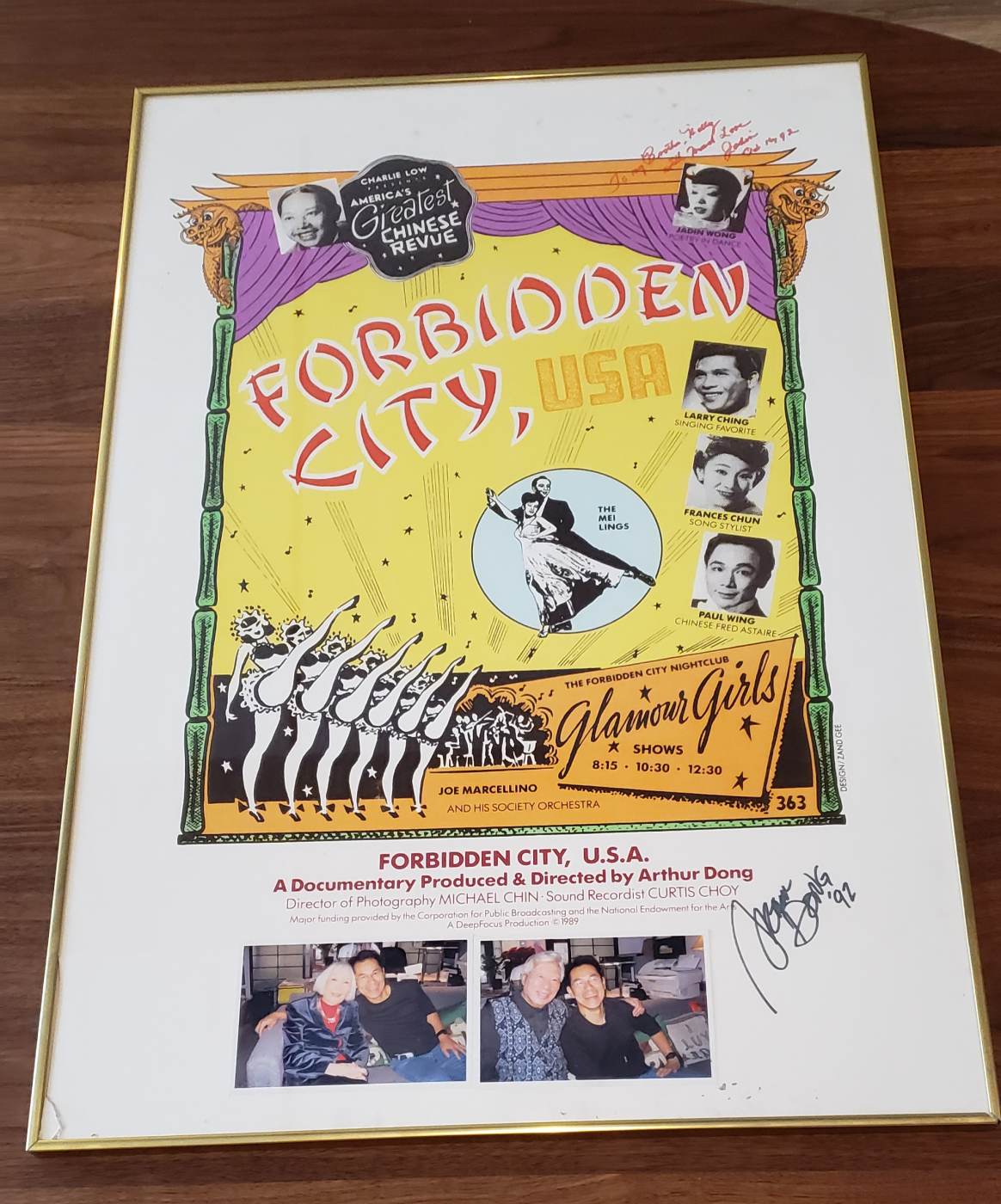 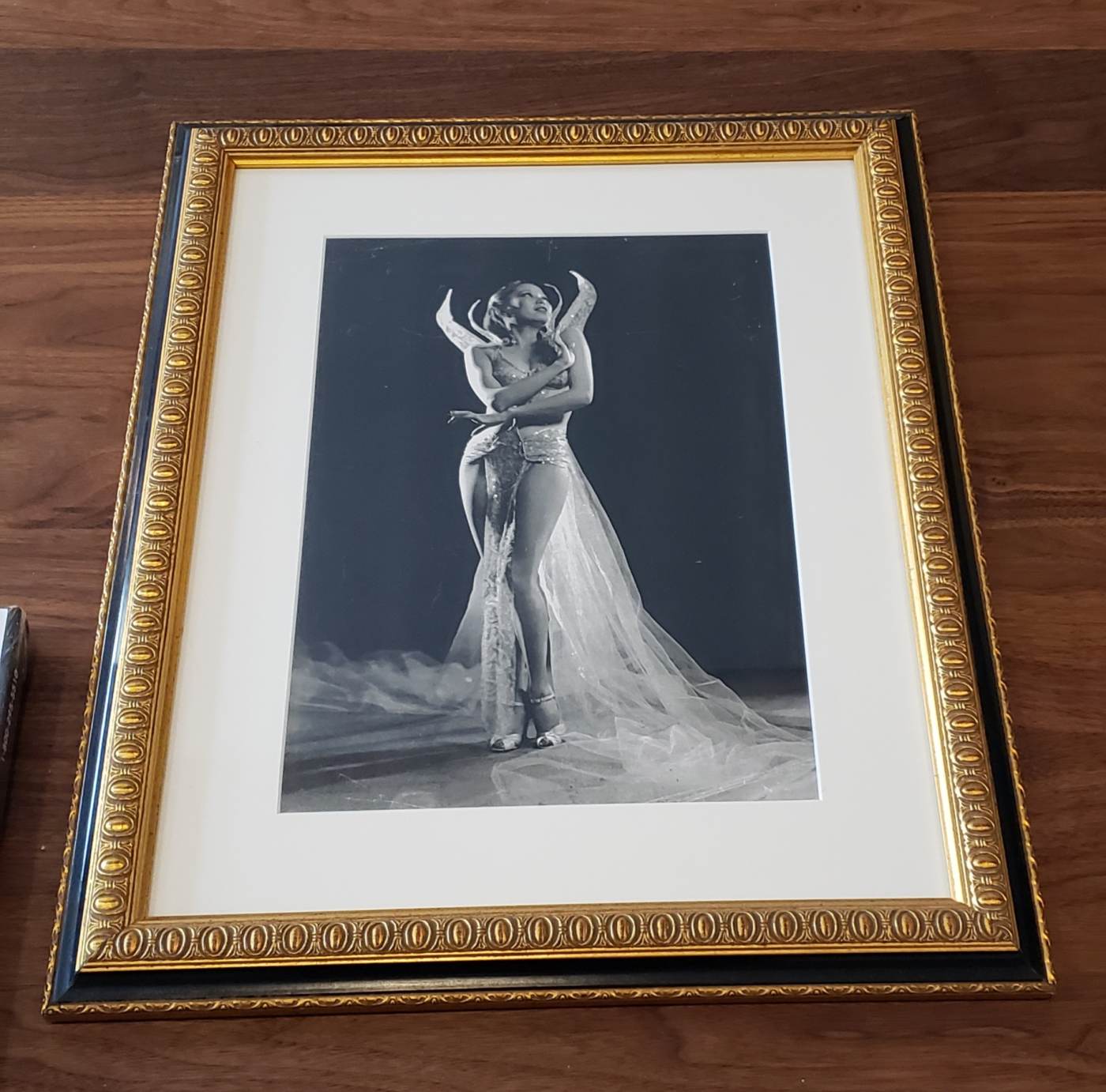 Framed photo of Jadin Wong, one of many that were included in this recent gift. Courtesy of Lisa Jade Wong. Museum of Chinese in America Jadin & Wally Wong Collection. 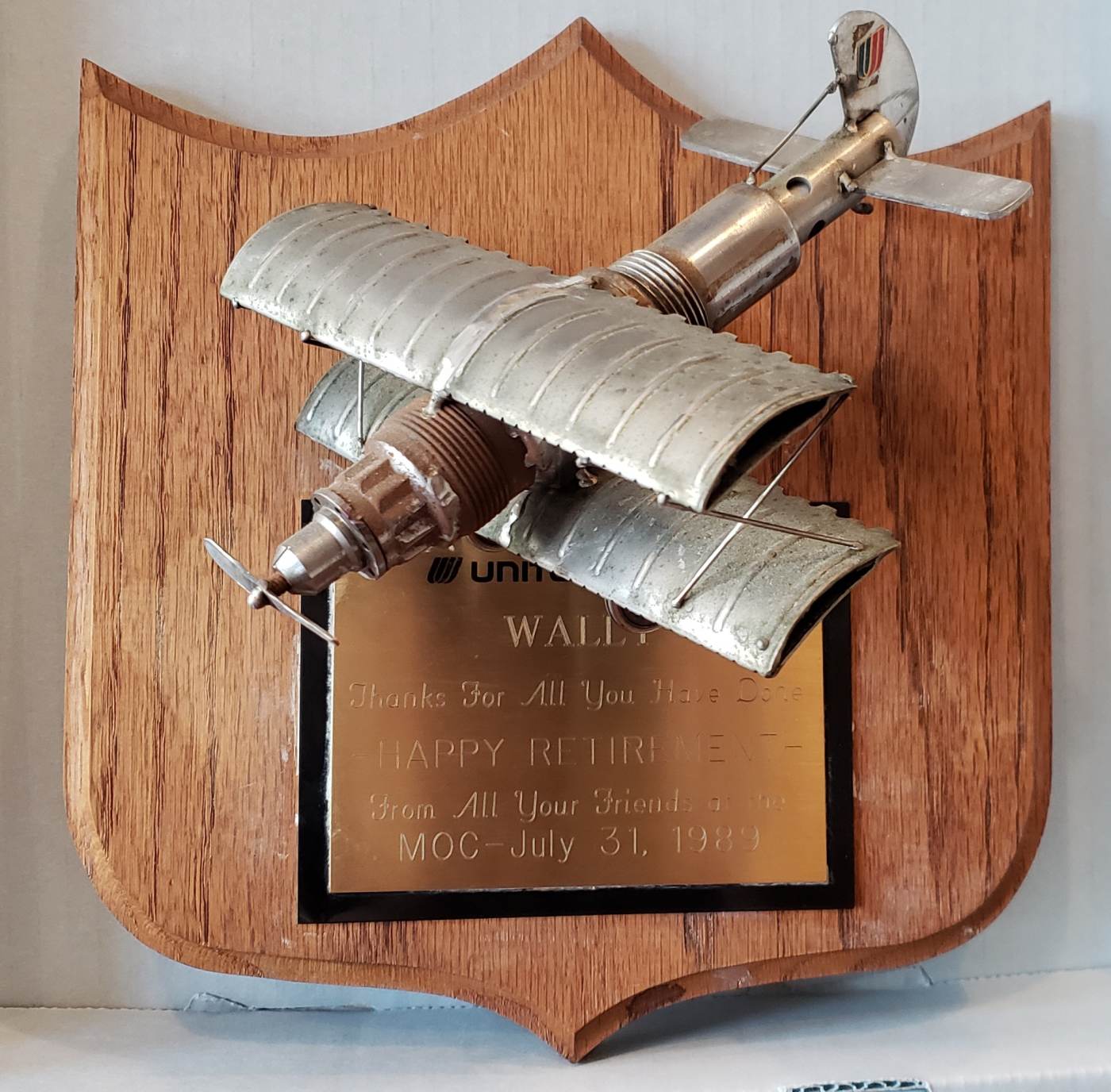 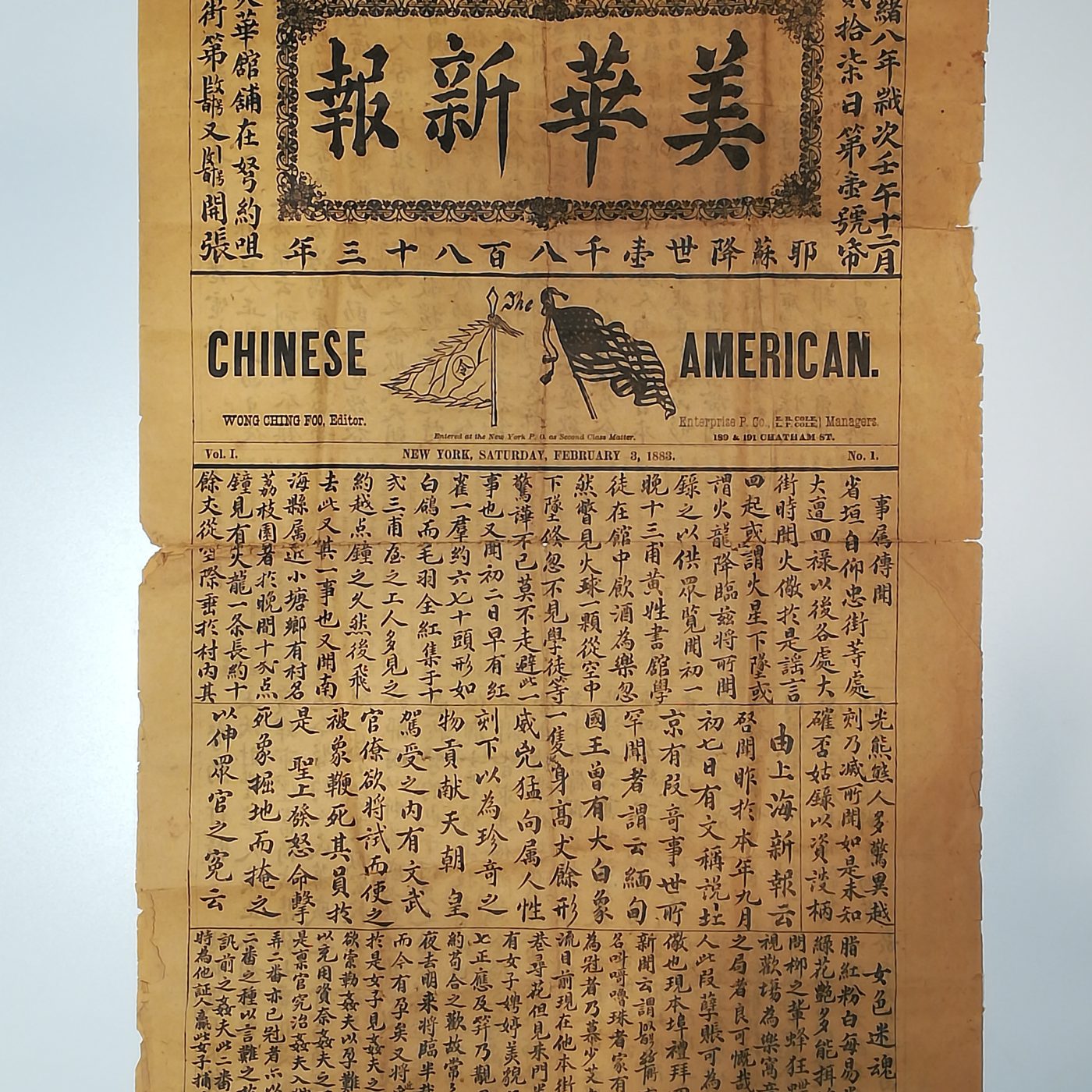