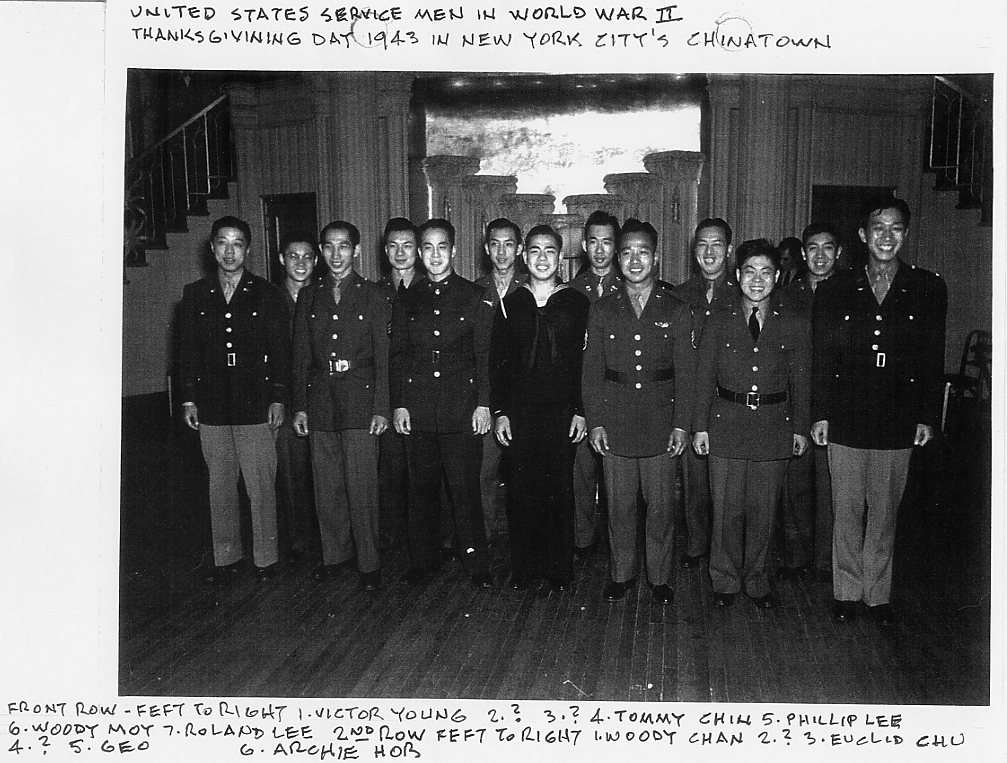 The available identifying text for this photograph tell us that this was a Thanksgiving Day gathering of United States servicemen in New York City’s Chinatown in 1943. The smiling uniformed servicemen in the front row, from left to right, were Victor Young, unknown, unknown, Tommy Chin, Phillip Lee, Woody Moy, and Roland Lee. In the second row, from left to right, were Woody Chan, unknown, Euclid Chu, Geo, and Archie Hob.

13,499—22 percent of all men of Chinese descent then in the United States—fought bravely in the U.S. armed forces during World War II. This disproportionate number was partly due to the predominantly male immigration and bachelor society resulting from Chinese Exclusion coupled with conscription laws which drafted single men first, though many also actively enlisted. An estimated 40 percent of those who served were not native-born American citizens and were only deemed racially eligible to naturalize after Congress repealed the Chinese Exclusion Act in 1943.