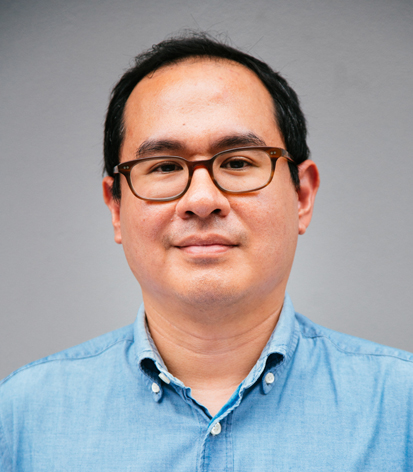 Andrew is a Queens native of Chinese and Peruvian descent. He has organized exhibitions and public programs at community-based museums in New York, Chicago, and Washington, DC.

Prior to joining the MOCA team, Andrew was on the curatorial team for the annual New Forms Festival of Electronic Music and Contemporary Art, Vancouver, BC. In 2011, he was Curator-in-Residence at the Museo Experimental El Eco in Mexico City, and from 2009 to 2010, Andrew was a program manager at the Smithsonian Latino Center, where he oversaw the Latino Museum Studies Program, and at the Smithsonian Anacostia Community Museum.

Andrew began his museum career as an intern at the National Museum of Mexican Art in 2004, where he curated two exhibitions from the museum’s collection about intersectionality within the Chicanx Movement and transnational Mexican identity in Chicago’s artist community. He studied art history at Northwestern University.