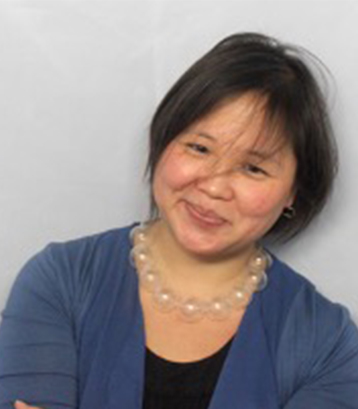 She is the CEO of the literary studio Plympton, which works on innovative projects in publishing and has published authors like Chimamanda Ngozi Adichie, Curtis Sittenfeld, Tom Perotta and Min Jin Lee. Plympton has partnered with The New York Times, the New York Public Library and Emory University. Jenny also works in film, having produced documentaries including The Emoji Story and The Search for General Tso, both of which premiered at the Tribeca Film Festival, and Artificial Gamer, which premiered October 2021 in theaters.

On the journalism front, Jenny is a former New York Times reporter, where she worked for nearly a decade. She authored a New York Times-bestselling book called The Fortune Cookie Chronicles, on how Chinese food is all-American, which was featured on The Colbert Report and was a San Francisco City Reads pick. She was a lead judge in the Knight News Challenge, and co-founded what is now the Newsgeist conference, which was hosted for many years at ASU’s Cronkite School. In terms of work around misinformation, she also co-founded the Misinfocon conferences and the Credibility Coalition. She is co-chair of the World Economic Forum’s Global Future Council on Media, Entertainment and Sport.

She is the co-founder of Emojination, an organization that helps the public submit emojis for consideration to the Unicode Consortium, as well as a vice-chair of the Unicode Emoji Subcommittee. Through Emojination, she has helped shepherd through over 100 emoji. She also co-authored the proposal for the dumpling 🥟 emoji, hijab 🧕 emoji and interracial couple 👩🏾‍🤝‍👨🏼 emoji.  Emojination’s work has been collected by the Cooper Hewitt, Smithsonian Design Museum; won a Webby award; and honored by Fast Company’s Innovation in Design Awards as a finalist in two categories. She is co-author of a children’s book on Hanmoji, using emoji to learn Chinese characters, to be published by MITeen Press in 2022.

Jenny serves on the boards of the Asian American Writers’ Workshop, The Center for Public Integrity, Muckrock, Inside Climate News, Hacks/Hackers, the Roxie in San Francisco, as well as the Nieman Foundation Advisory Board among others.

She has been honored a Fast Company Most Innovative Person in Business and has co-led an Angel List Y Combinator demo day investment fund, where portfolio companies include Substack and OpenSea.

Jenny graduated from Harvard with a degree in applied math and economics and served as vice-president of The Harvard Crimson. She was born in New York City, grew up in Harlem and attended Hunter College Elementary and High Schools.

She can make a thousand 🥟 in a single night for a party.