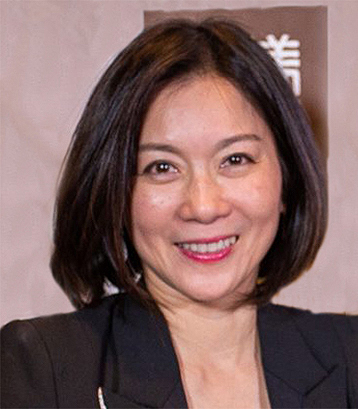 Michelle joined the Board of the Museum of Chinese in America in March 2012. She is the CEO of MSCN company, based in Tokyo, Japan, that has portfolios of real estate investments. Recently relocated to New York City from Tokyo, Japan, Michelle has since taken an active role in participating in charity organizations as well as community groups.

Prior to MSCN, Michelle was the founder and CEO of Confiance Consulting Company that specialized in one-stop exclusive wedding planning services which is the first of its kind in Taiwan. Michelle has also worked as an account executive for Koo’s Cable, the largest cable company in Taiwan which later was sold to Star Company. She is also one the founders of a leading children’s charity organization in Taiwan, and is a board member of Taipei International Woman’s Club founded by the late Madame Chiang Kai-shek.

Michelle received her MBA from Harvard Business School and her undergraduate degree of Law & Political Science from Keio University in Japan. She was raised in a multi-cultural environment and spend considerable time in both Japan as well as Taiwan. She is fluent in Mandarin, Taiwanese, as well as Japanese.