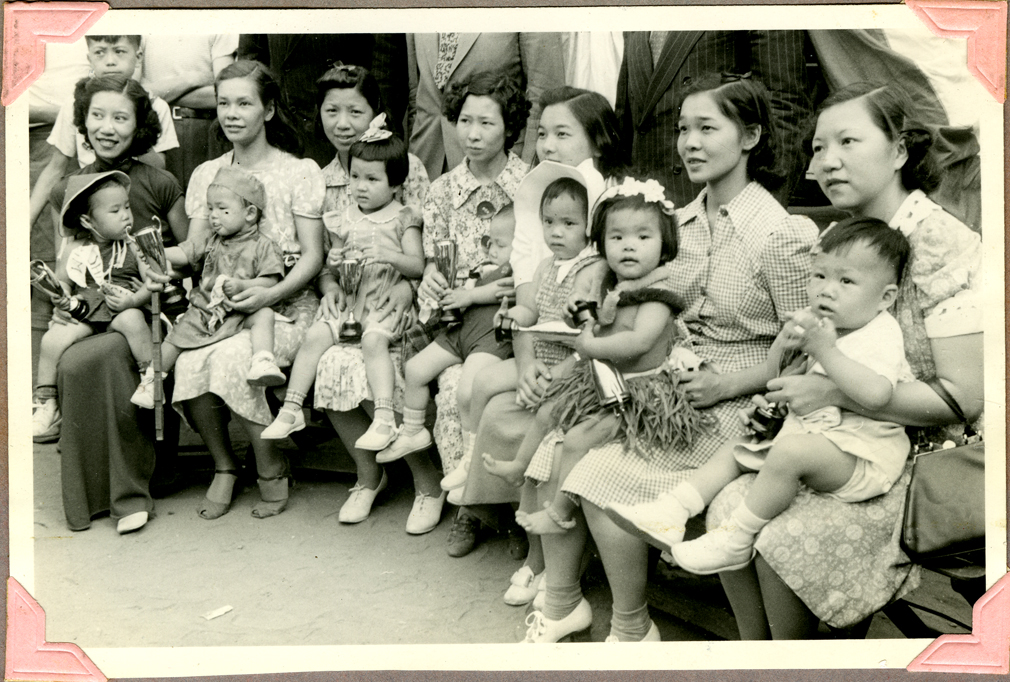 2012.002.002 A group photograph of the participants in the New York City Chinatown baby contest held on June 17, 1939 in Columbus park. Second from the right are mother and daughter Vivian Dai and Meling Dai (18 months). Third from the right are Meme Chen with her daughter Jaqueline Young (2 years). First from the left are May Moy with Patricia Moy (2 years). Third from left are Grace Lee Mok and her daughter Jade Mok, who won the prize for healthiest girl. Pictured at far right is Rose Lee Liu, wife of Dr. Arthur Liu, with her son Allan Liu. The Commissioner of Health and policemen, standing behind them, were the guests of honor. Courtesy of Meiling Dai, Museum of Chinese in America (MOCA) Collection.

For one day a year in June from 1936 to well into the 1960s, hundreds of Chinese American families filled Columbus Park as spectators and participants of what became a Chinatown community tradition: an annual youth field day and baby contest. MOCA does not have photographs of the field events but contemporary news reports from 1939 paint a picture of the park, set aside by the Parks Department for this occasion, as filled with “the excited shrieks of several hundred boys and girls” competing in “a long series of contests in baseball, handball, foot races, and other activities” and treated to ice cream, milk, and almond cookies. To enliven the event, Chinese manning a borrowed WNYC truck with amplifiers played a continuous program of Chinese music recordings throughout the day. At 2 o’clock in the afternoon, busy shopkeepers notedly paused their work to watch a parade of youth, infants and their mothers, led by drum- and bugle-playing members of Chinatown Boy Scout Troop 150, wind their way through the neighborhood’s streets, signaling the beginning of the crowd pleaser event of the day, the baby contest. The group photograph above shows just a handful of the more than fifty entrants in the 1939 Chinatown baby contest. Babies judged as winners in the categories of “healthiest baby,” “healthiest girl,” “healthiest boy,” “friendliest baby,” “best costumed,” and strongest set of lungs or “cryingest baby,” received golden (or silver) loving cup trophies and local press coverage, as shown in the memorabilia donated to MOCA’s collections below. Judges were usually invited representatives of municipal and neighborhood social service agencies such as the Henry Street Settlement, the New York Public Library, the Commissioner of Health, and the Parks Department.

It is no coincidence that the first year of this community youth event coincided with Japan’s invasion of China. As war penetrated ever more deeply into China and its Pearl River Delta, home of the majority of Chinatown’s residents, they increasingly exhausted all means and effort to get their wives and children to safety in the U.S. The influx dramatically transformed the demographic composition of Chinatown, long known to be a bachelor society of single and married men maintaining transnational families. The 1930s and 40s accordingly saw a flowering of new youth groups, and increasing membership in existing ones, including the Chinese Youth Club, Chinese Bowling Club, Chinese Dragons, New York Mandarin Basketball Team, and Boys Scouts. These sought to not only provide social spaces for entertainment and play but also outlets to contribute to the defense and welfare of the homeland many had recently fled. The annual field day and baby contest were sponsored in various years by the New York Committee for Chinese Youth, a conglomerate of thirteen clubs organized by the left-leaning Chinese Youth Club, United China Relief, the Chinese Community Club, and a play-day committee which included representatives from the International Center of the Y.W.C.A, the Church of All Nations, the Child Health Station at 102 Bayard Street, the Lower West Side District Health Station, the Department of Health, Public School 23, On Leong Tong, Hip Sing Tong, and other local associations. 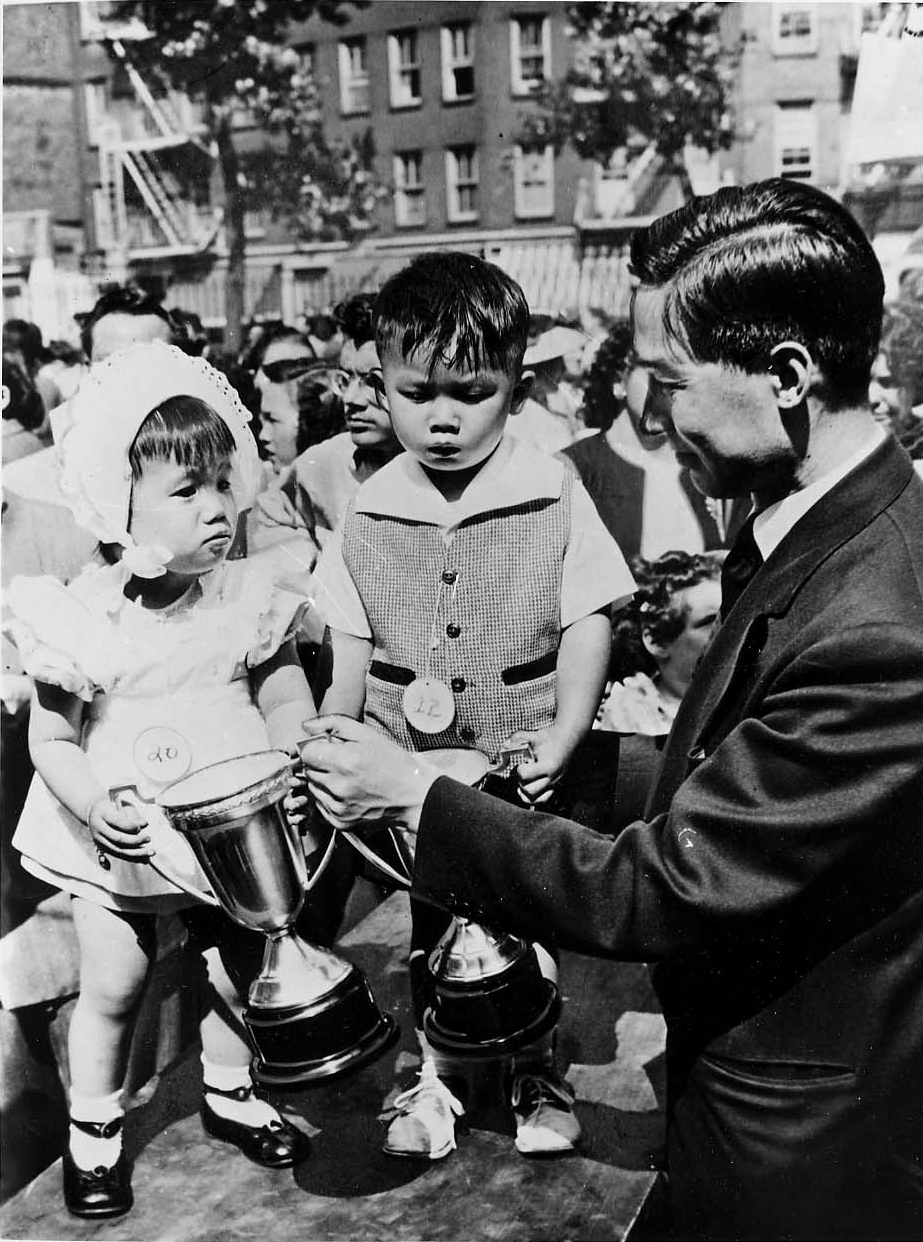 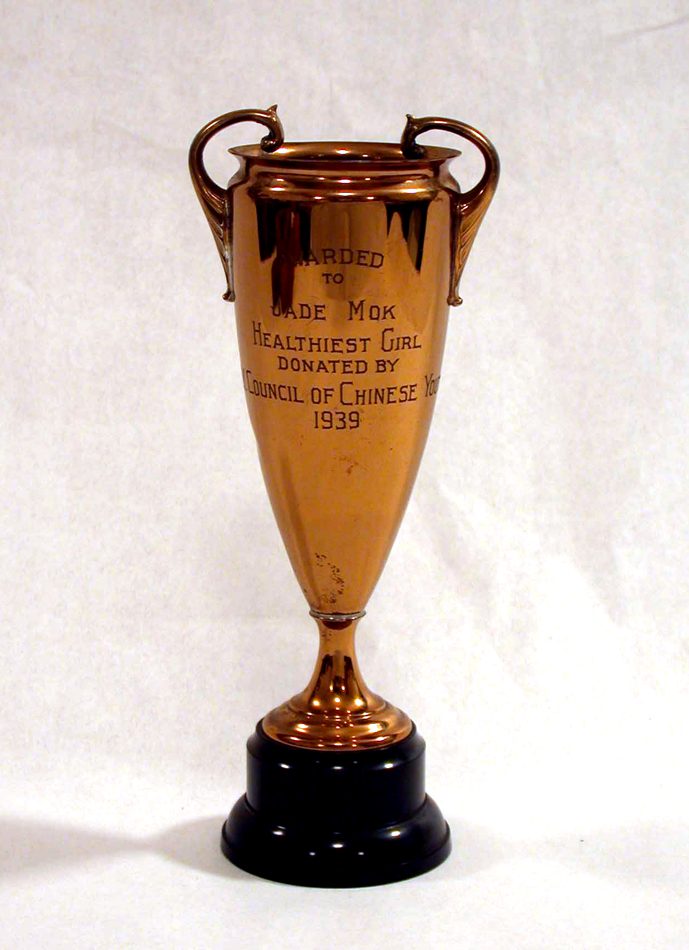 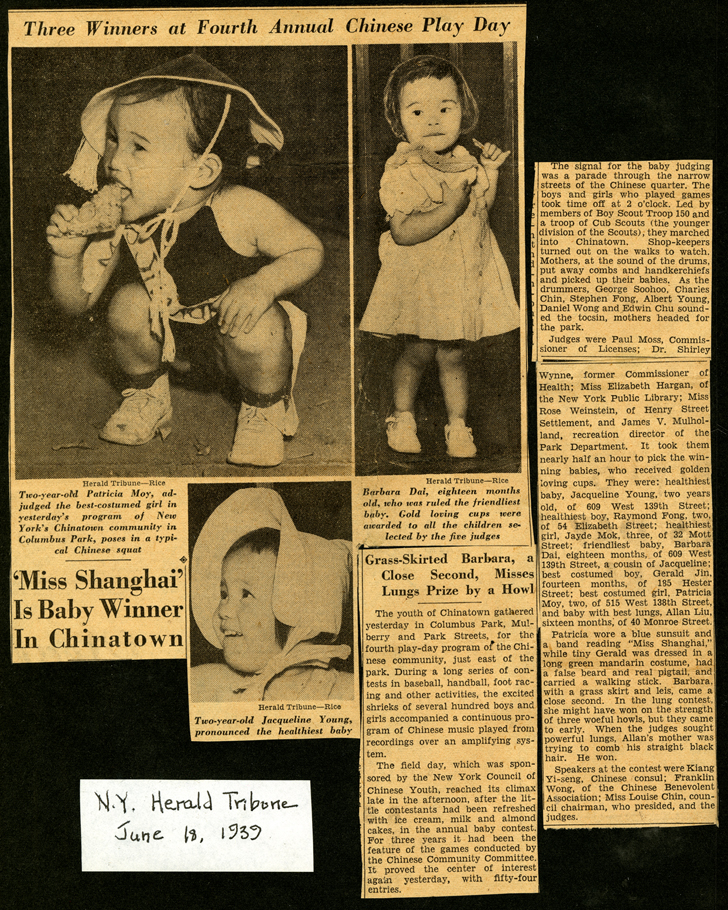 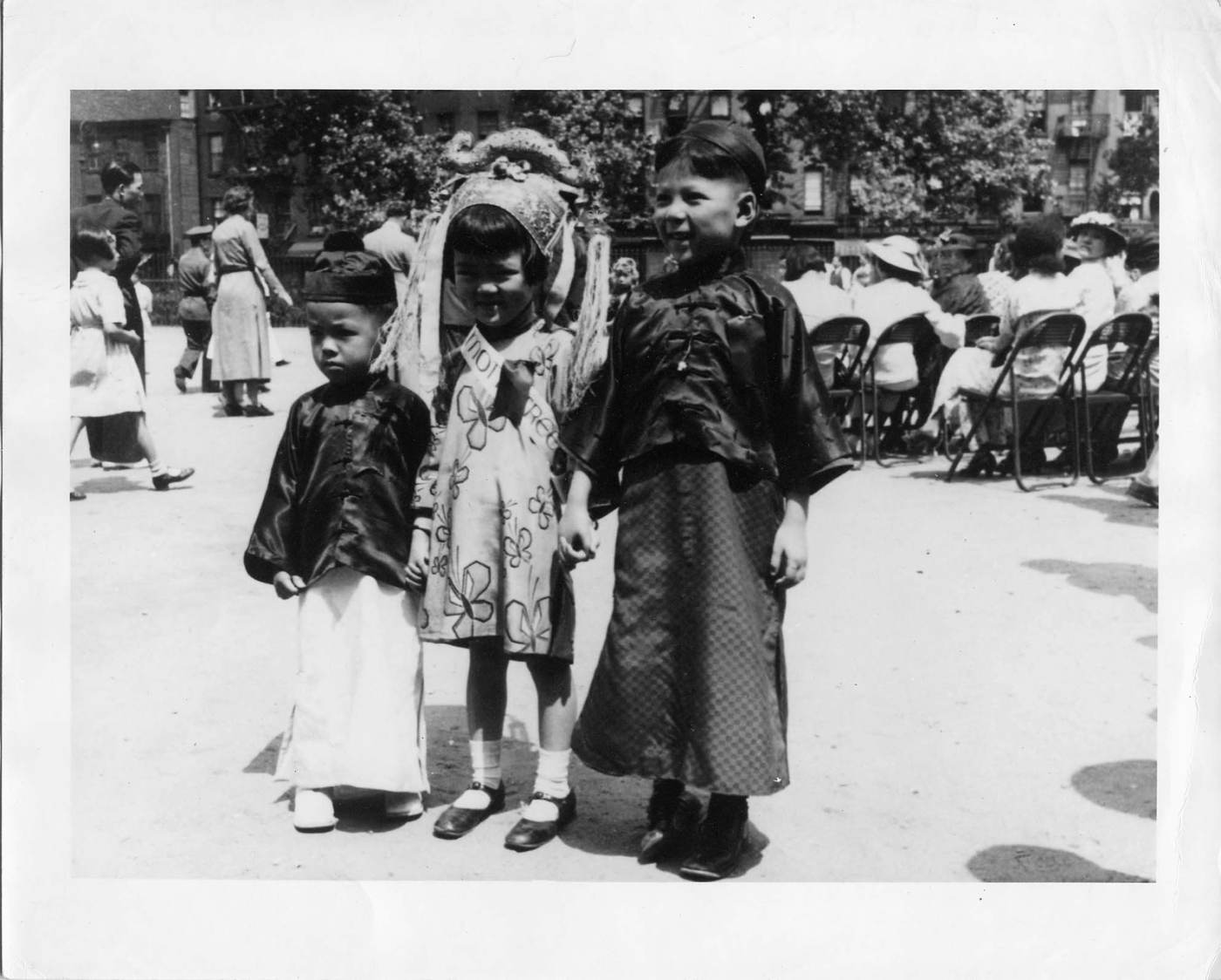 2009.024.001 Three children holding hands in Columbus Park in New York City's Chinatown during the annual baby contest, ca. 1940. The contest was part of the Chinese Community Club's annual field day celebration. The girl in the middle is Marylin Chou. She is wearing a sash that says "Mott Street.” The boy on her right is Kevin Lee (later became President of Northeastern University). The one on her left side is Jeae Chu (later became a lawyer in Chinatown). Courtesy of Marilyn Chou, Museum of Chinese in America (MOCA) Collection.