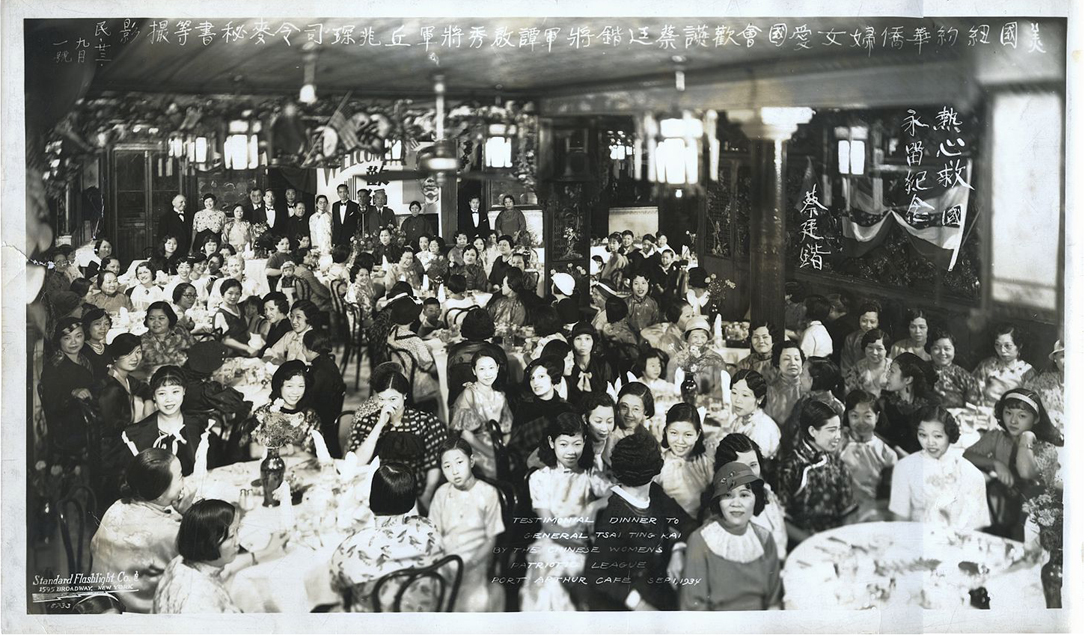 If you would like to make a contribution towards the conservation of this photograph, please click to navigate to MOCA’s Sponsor an Object Donate Page and be sure to type in “CWPL Banquet Photo” (for short) as the Object Name. 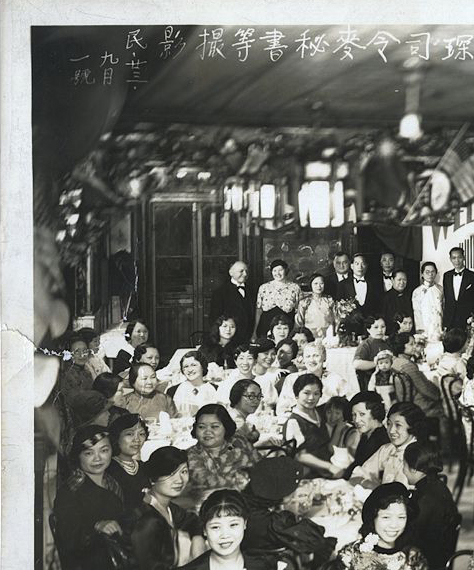 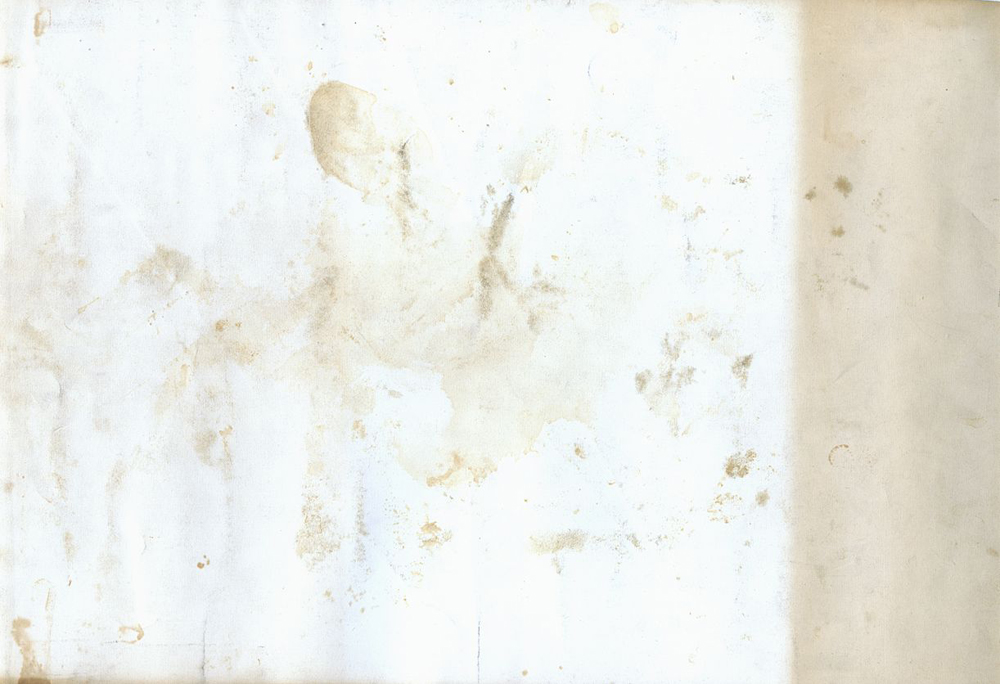 Staining on the back of the photograph.

The above photograph was taken on September 1, 1934 at a testimonial dinner held in honor of General Tsai Ting Kai (蔡廷楷), renowned commander of the 19th Route Army which fought the Japanese when they invaded Shanghai in 1932. The dinner, held at the historic Port Arthur Restaurant at 7-9 Mott Street, was organized by the Chinese Women’s Patriotic League (抗日救国会). American-born daughters of Chinatown families and students from China wishing to contribute to the defense of their homeland formed this women’s organization in 1932 in direct response to Japan’s invasion of Shanghai. Among its leadership were Mrs. Chen Zongfang, who served as general secretary in a preceding women’s organization (the Chinese YWCA) during the 1920s, and two of the “new businesswomen” emerging out of the Great Depression decade, Mrs. Pon Sue Louie and Mrs. Jessie Young. Louie served as manager of the Yick Quon Company in Chinatown. Young, who took over her husband’s business after his death, became the first Chinese woman to pass the examination to sell insurance policies in 1932, and managed to put three of her sons through college through her management of the family business.

The Chinese Women’s Patriotic League’s first fundraising campaign—featuring a female lion dance performance (the first in both Chinese and Chinese American history) and a flag procession during which Chinese and American spectators threw donations onto a giant Republican China flag—raised over $7,500, a significant sum during the Great Depression. They mailed these first proceeds to General Tsai Ting Kai, along with a telegram message that read: “We, Chinese American women, want our troops to fight bravely against Japanese aggression and protect the Chinese national sovereignty and territorial integrity.” Additional flag processions evoking nationalist sentiment to raise funds for China’s aid and defense were held throughout the Sino-Japanese War era.

The photographs below capture a flag procession through Mott Street, and Mary and Marilyn Chou at the Consolidated Chinese Benevolent Association after one such procession helping men count the coins that spectators threw onto the flag for China’s defense. 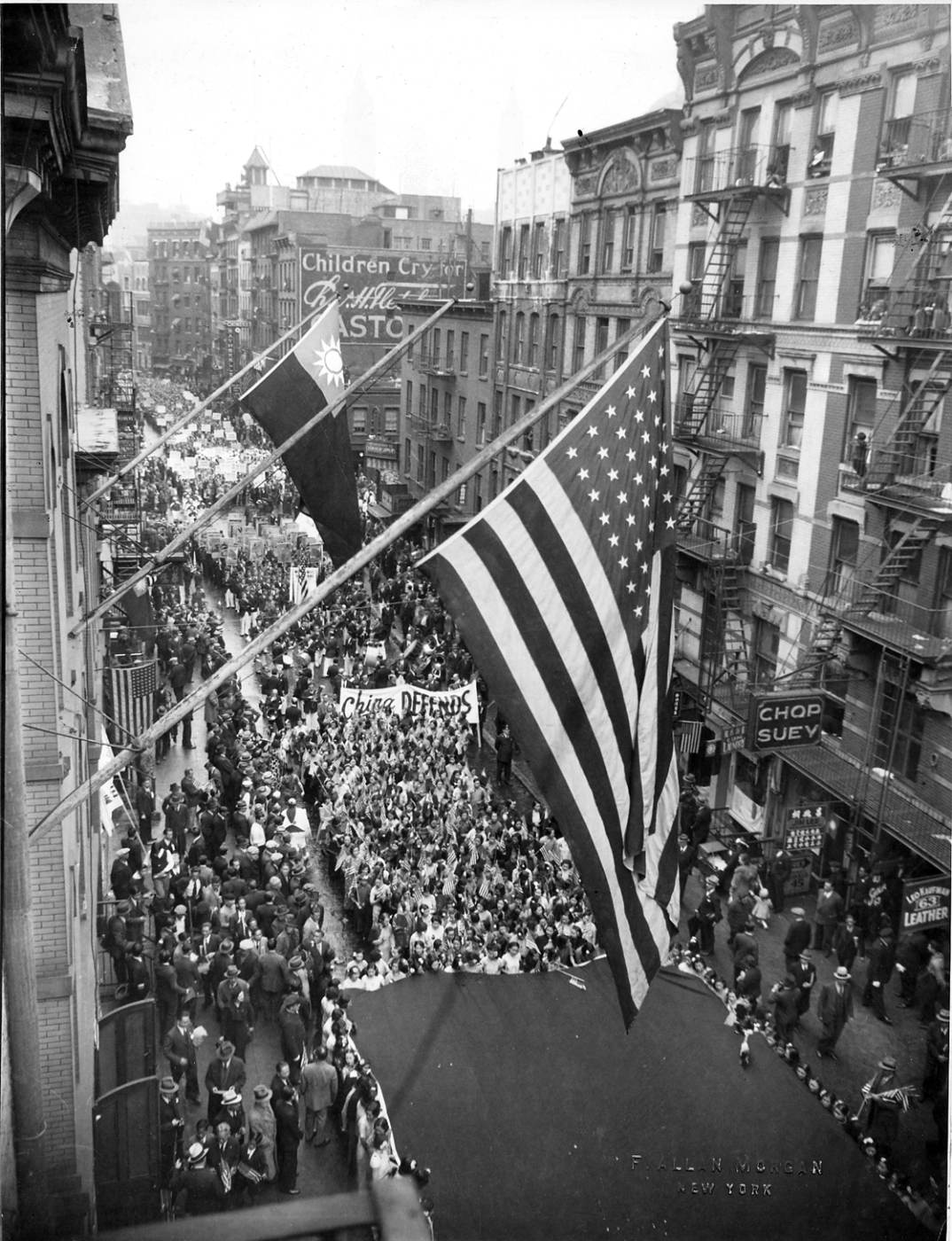 2009.024.004 A flag procession going down Mott street. The marchers are holding American flags and one group is holding a sign that reads "China Defends." The parade is passing by the Chinese Consolidated Benevolent Association building. Photograph taken by F. Allan Morgan. Courtesy of Marilyn Chou, Museum of Chinese in America (MOCA) Collection. 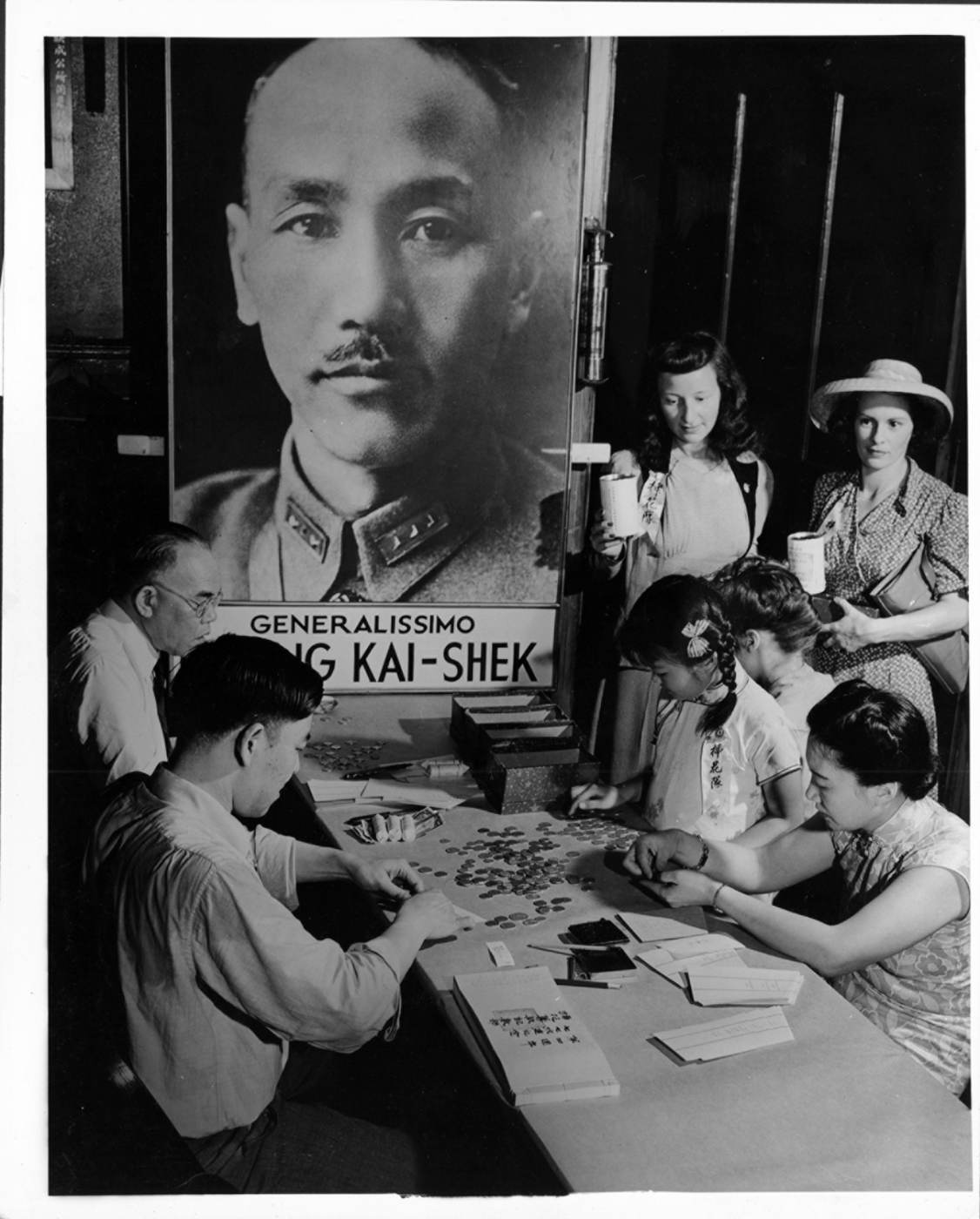 009.023.025 Mary Chu and her daughter Marylin are at the Chinese Benevolent Association sitting at a table helping two men count the coins thrown into the flag paraded through the streets. Behind them is a large portrait of Generalissimo Chiang Kai-Shek. Courtesy of Marylin Chou, Museum of Chinese in America (MOCA) Collection.