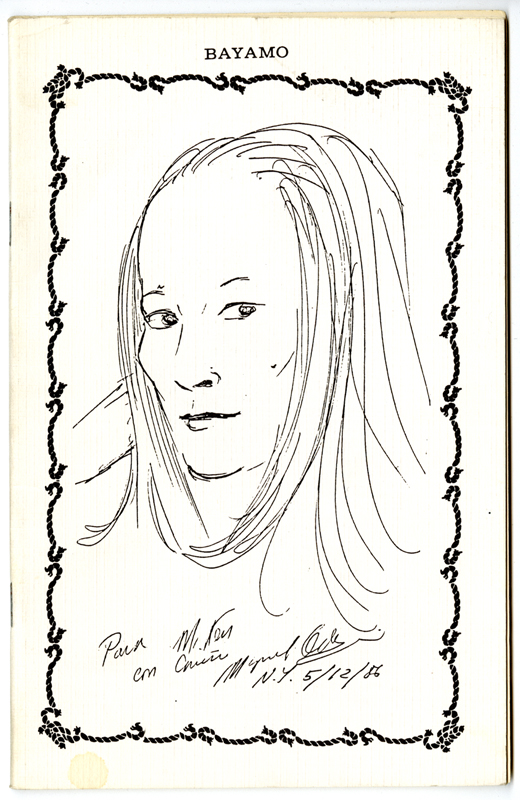 The featured poem “Tristemente Hablé con el Sol” is from Bayamo, a small book of poetry that the Chinese Cuban American poet Miquen Tan published in 1986 with the now defunct Pana Press. The book’s title is a homage to the city of her birth, Bayamo, capital of Granma Province in the eastern region of Oriente, Cuba and a pivotal insurgent stronghold during the island’s first war of independence from Spain. During this Ten Years’ War (1868-78), Chinese and Afro Cuban mambises, or rebel fighters, famously fought side by side for freedom from the colonial and plantation system which mutually exploited them as coolies and slaves.

From what little is known, Tan is of mixed heritage, the daughter of a Chinese father and a Cuban mother whom the poet has lovingly described as a beautiful Black Cuban woman (“esta negra cubana tan linda”) and a strong supporter of her creative work. She received her primary and secondary schooling in Cuba but later immigrated to the United States to pursue studies at the Technological Institute of Teaching (Instituto Tecnológico de Enseñanza) at the Benfel School in Miami, Florida, and the International Nurse Aid Center of New York. After graduating, she ultimately settled in New York City with her husband Len Tan and their two children. She joined the local Chinese Cuban Association and maintained ties to family remaining in Cuba.

While possibly pursuing a nursing career, she also published prolifically. Among her many publications are Amor Como Yo lo Siento (1973), Carta a Mi Madre (1978), Gracias Señor (1982), Tristeza (1982), and Love and Pain (1986), another work excerpted here. “Tristemente Hablé con el Sol” and its English translation, “Sadly I Spoke to the Sun,” printed in Love and Pain (1986), offer rare literary reflections on mixed heritage and home(land), as well as windows into Caribbean/Cuban Spanish in the poet’s choice of language or diction. 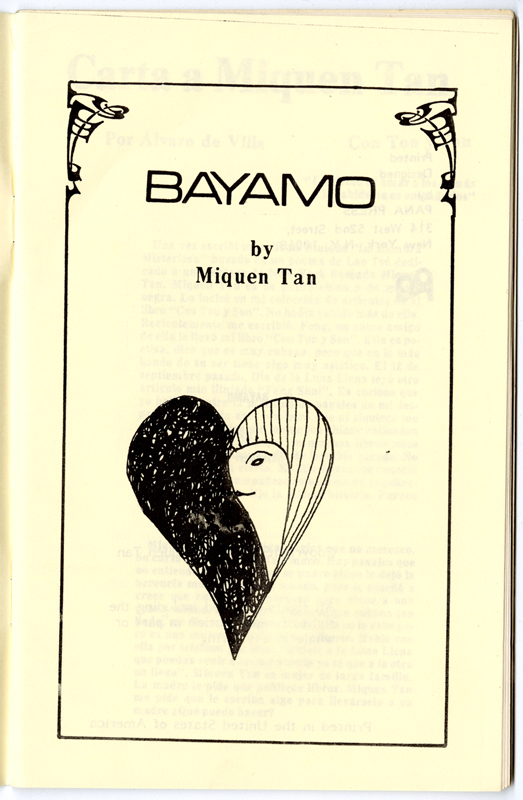 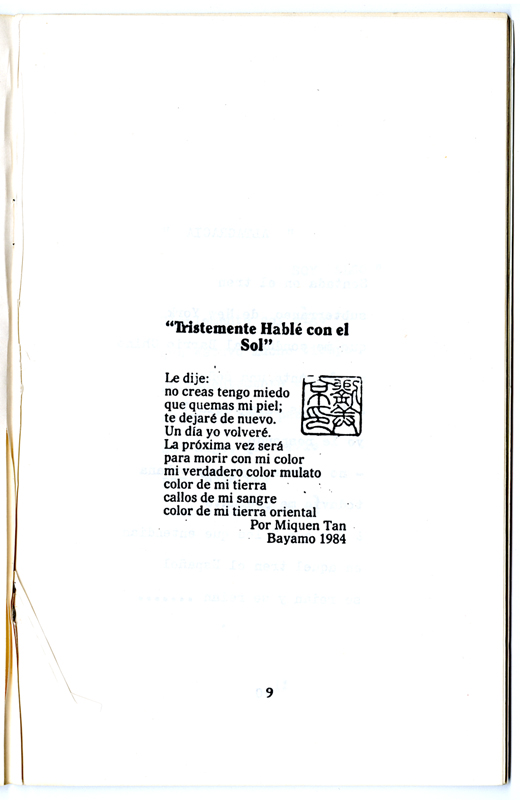 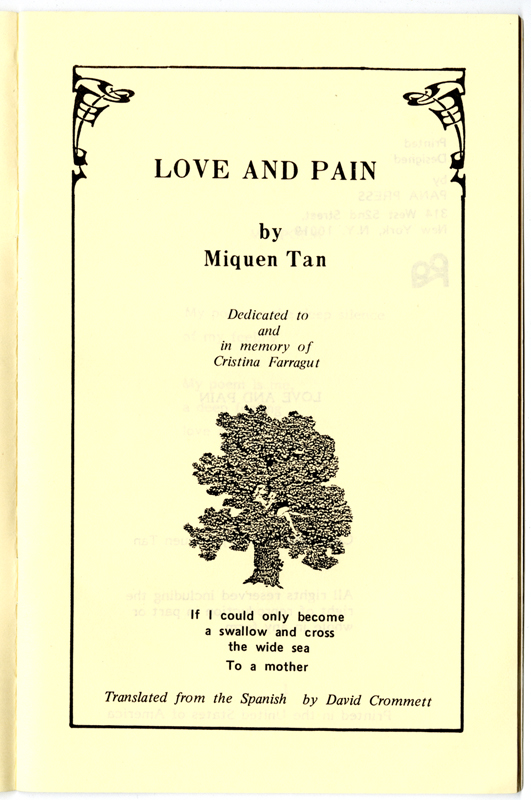 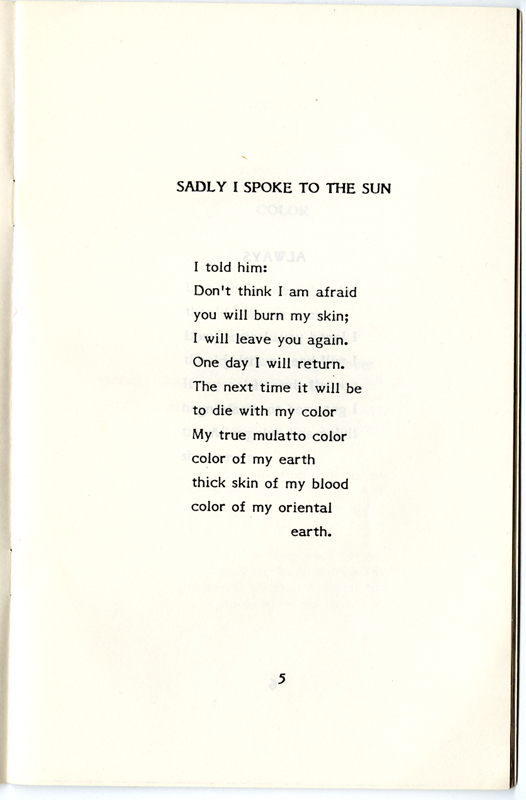